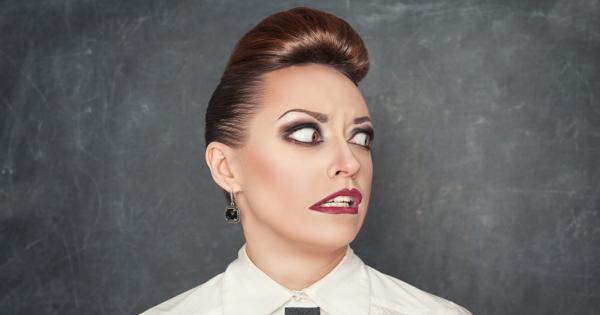 An anonymously written op-ed is raising the question of whether the current obsession with “safe spaces,” “microaggressions,” and “justice” has made classrooms an “unsafe space for faculty.”

In a column for Inside Higher Ed, a professor described only as “a tenured philosophy professor on the East Coast” explains that many faculty members today are “somewhat wary” of their own students, who have the “power to inflict serious damage—even sudden catastrophic injury—to [a professor’s] career.”

“Do you ever wonder whether [the classroom] has become an unsafe space for faculty?”

The author even describes the temptation toward “catering to [students]...lest they suddenly turn against you and make your life miserable.”

“Have you already recognized that, in the current cultural climate, if a single disgruntled student were to issue an entirely phony accusation against you—maybe sexually harassing words or acts in a private meeting that did or did not ever occur—you could be effectively defenseless?” the professor challenges his or her colleagues.

Even if some remain unperturbed by such a “seemingly far-fetched scenario,” the author goes on to ask whether they start “squirming” when they “see the fervor with which some students, and the activists with whom they identify, call out and demand ‘justice’ (i.e., harsh punishments) for what they regard as racist, sexist, cissexist, and other ‘microaggressions’?”

“Are you fearful because you can't find any protective clear lines that distinguish the intellectually challenging from the culpably ‘offensive’?” the professor continues. “When you read calls for making the classroom a ‘safe space’ for students, do you ever wonder whether it has become an unsafe space for faculty?”

For some faculty members, the answer is an emphatic “yes.”

Nicholas and Erika Christakis, former administrators at Yale University’s Silliman College, for instance, were forced to resign and were continuously harassed by students after Mrs. Christakis responded to an email from the school’s Intercultural Affairs Council asking students to be “thoughtful about the cultural implications of their Halloween costumes.”

Mr. Christakis also resigned after being accosted on campus by furious students upset that he had defended his wife’s statement.

“We have great respect for every member of our community, friend and critic alike,” the Christakises wrote. “We remain hopeful that students at Yale can express themselves and engage complex ideas within an intellectually plural community. But we feel it is time to return full-time to our respective fields of public health and early childhood education.”

Meanwhile, Anthony Esolen, a professor at Providence College, faced serious backlash from students and colleagues for arguing that spiritual unity is undermined by an excessive focus on ethnic differences, prompting a student demonstration accusing him of racism.

Additionally, faculty members started a petition denouncing Esolen, though the school’s president has indicated that Esolen will not be fired for expressing his opinions.

At Marquette University, moreover, conservative professor John McAdams has been suspended since December 2014 for a post on his personal blog criticizing a colleague's prohibition on questioning the propriety of gay marriage in class.

Marquette is refusing to reinstate a McAdams until he issues a formal apology and acknowledges his "guilt" in the matter.

Finally, Professor Dwight Anderson was fired by Bucks County Community College for referencing “God” in a farewell letter to students after an unnamed female student, whom Anderson described as “obstreperous” and disengaged with the course from the start, became so incensed that she contacted the dean, calling Anderson’s comments “sad” and “disturbing” and asking the school to review the farewell letter.