The University of Minnesota’s Department of Housing and Residence Life declined to rehire a student community adviser at Frontier Residence Hall, apparently based not on her workplace competency, but her political views.

Three of the five areas marked as having “need for improvement” in Schwarz’s review were under the “Socially Just and Specialized Needs” section, with the only other problematic score appearing in the “Attitude and Growth Mindset” section.

“Justine has not demonstrated a commitment to social justice growth and promotion to residents. When she engaged in discussions about [Diversity and Social Justice], she often plays devil’s advocate,” Smallwood asserted in the evaluation. “It often feels as though she is doing this for the fun of it, out of enjoying the process of debate. Sean and Noelle often wonder to what extent she is truly processing the information and grappling with differing perspectives—leading to curiosity around how she is engaging her residents with these topics (if at all).”

The evaluation lacked any performance improvement recommendations for Schwarz in the areas of crisis management, being a role model, enforcing policy, community activities, and developing positive relationships with her residents.

In fact, the review noted that Schwarz put a lot of energy into her position, has a pulse in her community, and is so in touch with her residents that she was able to help coordinate an elaborate room swap.

“[Schwarz] has been able to connect with her resident’s on a personal level and is clearly creating a positive learning environment,” the document reads.

The HRL Diversity and Social Justice (DSJ) training manual contains a variety of YouTube videos explaining social justice terminology, while another training document outlines the core tenets of a socially just community as the foundation for success, reiterating how the CA should address inequality in their communities to make them socially just.

The Frontier Staff Meeting Agenda for the fall semester of 2016 touched on political topics that supported leftist thought, with links on the agenda to websites like Everyday Feminism, Buzzfeed, MTV decoded, The Daily Dot, BlogSpot and even a twitter account of a random philosophy student at the University of Oklahoma.

The agenda also includes criticisms of free speech; the celebration of Thanksgiving, manterruption, whitesplaining, and how white privilege manifests itself in bicycle riding; and advocates for education on the Black Lives Matter movement paired with the importance of the Women’s March on Washington to resist Donald Trump: two controversial political issues that HRL has decided to take a side on, despite being funded by taxpayer money.

Additionally, Schwarz alleges that she was confronted by Smallwood in a one-on-one conversation where he was adamant that she should feel oppressed because of her womanhood, and felt individually targeted for her political opinions whenever she had to meet with Smallwood individually.

An email with one HRL director from a neighboring dorm stated, “If a CA applies to return, and there are no job action pieces or performance concerns, it is very likely that they will return to the position. We don’t have an explicit goal of retaining upper-class CAs, but if they are performing well in the role, a returning CA’s perspective is very helpful in transitioning new staff members.”

The UMN HRL’s Community Advisor position description states, “Community Advisors are responsible for building a safe and inclusive learning community with a core objective of facilitating residential education. Successful Community Advisors will be engaged, team-oriented students who have a passion for learning, strong interpersonal skills, and a positive attitude. Community Advisors serve a key role in the implementation and continual progression of Foundation for Success, our Residential Curriculum.”

The University of Minnesota administration and the Department of Housing and Residence Life did not respond to a request for comment in time for publication.

Maddison Dibble contributed to this report.

This article was originally published in The Minnesota Republic, a conservative student publication affiliated with the Leadership Institute’s Campus Leadership Program. Its articles are republished on Campus Reform with permission. 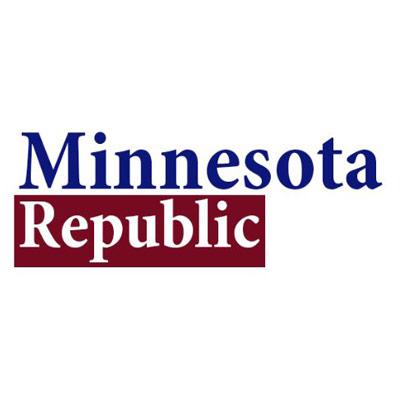