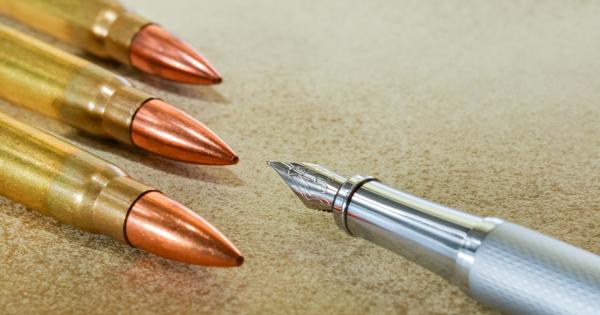 The University of California, Berkeley’s student newspaper published a series of op-eds Tuesday defending the violent rioting that shut down a Milo Yiannopoulos event last week.

The Daily Californian, which operates independently of the university but is at least partially funded through student fees, posted a series of columns on “Violence as self-defense” that outlines five “arguments in favor of the use of violence in protests” written by current and former students.

“The Daily Californian has proven itself the friend of carnage and the enemy of free speech.”

The first op-ed in the series, Check your privilege when speaking of protests, charges that protesters who are not on board with violent tactics are “cowards” and that white nationalists deserve to get “their asses beat.”

Indeed, UC-Berkeley alumna Nisa Dang argues in the piece that the violent protests were a justifiable response to the “violence” of Milo’s speech, as well as to the presence of police officers who are “violent agents of the state.”

“To people with platforms who decide when a protest should and should not be violent: You speak from a place of immense privilege,” Dang asserts. “As I recently wrote in a tirade against this brand of idiocy, asking people to maintain peaceful dialogue with those who legitimately do not think their lives matter is a violent act.”

The second op-ed, written by “undocumented student” Juan Prieto, echoes the sentiment that Milo’s speech is inherently violent, even thanking the “anti-fascist” protesters for their violent response in a column declaring that Violence helped ensure safety of students.

“My campus did nothing to stand between my undocumented community and the hateful hands of radicalized white men—the AntiFas did,” Prieto writes. “A peaceful protest was not going to cancel that event, just like numerous letters from faculty, staff, Free Speech Movement veterans, and even donors did not cancel the event. Only the destruction of glass and shooting of fireworks did that.”

Pietro, who was involved in another Berkeley protest during which demonstrators forced white students to cross a creek to get to class, also contends that Trump’s threats to defund the school infringe on the “free speech” of the protesters, seemingly unaware that violence is not protected speech.

Following the Berkeley riots, some opined that most of the violent protesters were white anti-fascist community members unaffiliated with the school, but Neil Lawrence’s Black bloc did what campus should have, the third op-ed in the series, clarifies that behind the masks were “your fellow UC Berkeley and Berkeley City College students.”

Lawrence reasons that the students had no choice but to resort to vandalism and assault because other methods of cancelling the event went unheeded by the administration, saying, “Of all the objections and cancellation requests presented to the administration, local government, and local police, the only one that was listened to was the sound of shattering glass.”

Desmond Meagley and Josh Hardman, who wrote the final two op-eds, reiterated the sentiments of the other authors, arguing that violence is acceptable in the face of “hate speech” and that protesters had no other means of shutting down Milo’s speech.

While The Daily Cal operates independently of the university and does not receive explicit university funding, the paper is partially student funded.

With the paper facing a structural deficit in 2012, students voted to pay $2 per semester to help keep the paper afloat. The $4 per year student fee is known as the V.O.I.C.E. Initiative and guarantees the paper an estimated $93,800 annually, though the initiative is set to expire after the current semester.

Steve Phan, a UCB student and member of the College Republicans, said he was disappointed that the paper chose to offer justifications for shutting down freedom of speech.

“I am severely disappointed at the The Daily Cal's decision to condone last week's violence,” Phan told Campus Reform. “Milo does not incite violence and should have been able to speak. Freedom of speech should be freedom of speech—without exceptions.”

Moreover, Phan said, sheltering students from Milo’s opinions does nothing to prepare them for the real world, where “everyone is going to hear something offensive at one point or another in their lifetime."

Troy Worden, president of the Berkeley College Republicans, told Campus Reform that The Daily Cal is consistently biased against conservatives, saying its promotion of violence as an appropriate response to free speech is only the latest example.

“Our student newspaper consistently fails to represent conservative voices on campus,” Worden said. “It has encouraged the alarmism and hysteria following Trump's election that has resulted in the harassment of Berkeley College Republicans on campus.”

Worden also challenged the idea that Milo’s speech should have been shut down at all, let alone through violence and vandalism.

“Unquestioned in these op-eds is the fundamentally erroneous idea that ‘shutting down’ the Berkeley College Republicans’ constitutional exercise of free speech is somehow acceptable at university and in civil society,” Worden proclaimed. “With this incredibly lopsided and irresponsible sampling of the Berkeley community's opinion on the matter, the Daily Californian has proven itself the friend of carnage and the enemy of free speech.”

In order to combat the biased nature of the student paper, Worden said he and other students plan on reviving a conservative student publication known as The Cal Patriot.

Campus Reform contacted The Daily Californian for comment on its decision to publish the op-eds condoning violence on campus, and is currently awaiting a response. This article will be updated if and when a reply is received.