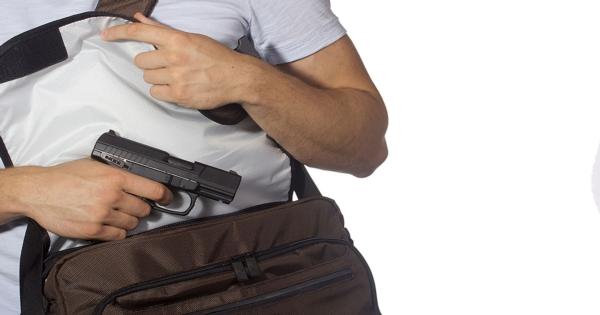 Some University of Texas professors have taken to holding office hours at a gun-free bar on campus in order circumvent the state’s new campus carry law.

The law gives professors with private offices the option of allowing students to carry concealed firearms, but anti-gun assistant instructors without private offices have no such discretion, and are therefore opting to meet with students at a gun-free zone on campus called the Cactus Cafe.

“This is why book smarts doesn't equal common sense."

One assistant instructor leading the charge for bar office hours is graduate student Mark Sheridan, who insists that most students don’t mind the change in meeting space, telling Campus Reform that “it doesn't materially affect their classroom experience and I don't make a big deal about it in the course of my daily work.”

Located next to the foodcourt on campus, the Cactus Cafe is also a live music venue that has hosted such famous acts as the Dixie Chicks and Patty Griffin, but because more than 51 percent of its profits are from alcohol sales, weapons are legally barred from the space under the terms of the campus carry law.

Sheridan told Campus Reform that he meets at the cafe for both practical reasons and for advocacy.

First, he feels he is less likely to encounter law-abiding citizens with guns, whom he considers dangerous because of both the risk of accident and the possibility that they might escalate an active shooter situation.

“Average civilians are woefully ill-equipped to deal effectively with an active shooter situation. Even with constant training, humans as a rule are not very good at deciding when and how to use lethal force in an emergency,” Sheridan said. “The bottom line is that random mass shootings are a write-off, but we can all take action to minimize our exposure to the risk of injury or death by firearms by, for example, avoiding guns wherever possible, which is exactly what I've chosen to do.”

But Sheridan also acknowledges that there is an element of advocacy to his decision, saying he and his colleagues simply don’t feel that campus carry is appropriate.

“This isn't just an issue of safety: it's also one of principle and symbolism,” he explained. “We believe, as teachers, that guns don't belong in a classroom environment.”

Sheridan told Campus Reform that he recognizes at least one professor and roughly a half-dozen graduate students every time he’s in the Cactus Cafe—and there are other gun-free bars on campus, too. Since he’s started giving interviews about his unique office hours, he’s noticed the practice catching on with other instructors.

Gun rights activists have taken offense to Sheridan’s practices, believing his fear of misfires is unfounded and that meeting in bars flies in the face of the law.

According to Alec Garza, a Texas State University student who recently helped to pass campus carry through his student government, misfires are extremely rare.

“Those seeking to obtain their LTC must undergo courses including classroom work, a writing portion, and a proper demonstration exam. These courses cover safe and proper use of firearms. Their educational value is a testament to the lack of legal gun-owners appearing on the news for bloodshed, whether intentional or accidental,” Garza told Campus Reform.

Michael Newbern, a spokesman for Students for Concealed Carry, told The Houston Chronicle that Sheridan and his colleagues are "usurping the intent of the legislature,” declaring, “You are a graduate teaching assistant, an employee of the state, and your work should be performed...on state property.”

“This is why book smarts doesn't equal common sense," Antonia Okafor, a Second Amendment defender and founder of EmPOWERed, told Campus Reform. “As an educator, it is your job to set an example, to research the facts and present them in a way that facilitates conversation. Stop using your emotional response to something you know nothing about and in turn keeping students in harm's way.”

The University of Texas indicated through a spokesperson that it does not plan to prevent office hours from being held at the Cactus Cafe, or even at off-campus locations, noting that instructors have long been allowed to do so without needing any justification.