Gender-swap experiment shows Hillary even less likable as a man

The two NYU professors who designed the experiment were "unsettled" to discover that audience members actually found Trump's style more endearing when it came from a woman.

One female audience member even remarked that she found the male version of Clinton "very punchable" because he smiled so much.

An experiment designed to reveal gender bias by reenacting the presidential debates with the candidates’ genders reversed found that Hillary Clinton would have been even less likeable as a man. 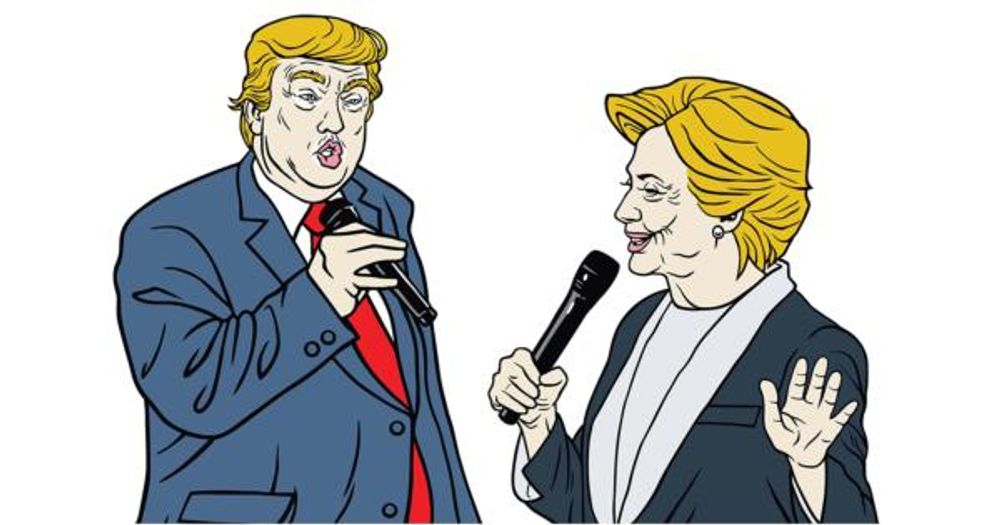 An experiment designed to reveal gender bias by reenacting the presidential debates with the candidates’ genders reversed found that Hillary Clinton would have been even less likeable as a man.

Maria Guadalupe and Joe Salvatore, two professors at New York University, planned to demonstrate the alleged gender bias Clinton faced in the 2016 election by acting out the presidential debates with Trump as a woman and Hillary as a man, reports NYU News.

The goal of the “Her Opponent” project was to prove that people would not have accepted Trump’s aggressive behavior had it come from a woman, and that Hillary’s debate style would be much more likable if she were a man.

The professors and audiences of the mock debates, however, were “unsettled” to discover that the opposite was true—Trump became more likable as a woman and Hillary became even less likable as a man.

To isolate the gender variable to the greatest extent possible, the actors portraying the candidates sought to emulate their debate performances exactly, down to gestures and intonation, though it was necessary in some instances to tweak the language to reflect the gender reversal.

“We both thought that the inversion would confirm our liberal assumption—that no one would have accepted Trump’s behavior from a woman, and that the male Clinton would seem like the much stronger candidate,” Salvatore explained. “But we kept checking in with each other and realized that this disruption—a major change in perception—was happening. I had an unsettled feeling the whole way through.”

“The simplicity of Trump’s message became easier for people to hear when it was coming from a woman,” Salvatore explained, sharing the reaction of a female audience member who said the male version of Clinton was “very punchable” because he smiled too much.

“When she [the female version of Trump] was attacking, I had so much respect for her and her level of confidence,” a different female audience member told The New York Times.

“At the time of the debates, I dismissed him as awkward, unskilled, untrained,” Salvatore concluded in an email to the Times. “Now I’m not so sure that I would do that.”