Peter Van Voorhis Contributor at The Washington Examiner @RepublicanPeter on Mar 28, 2017 at 10:19 AM EDT 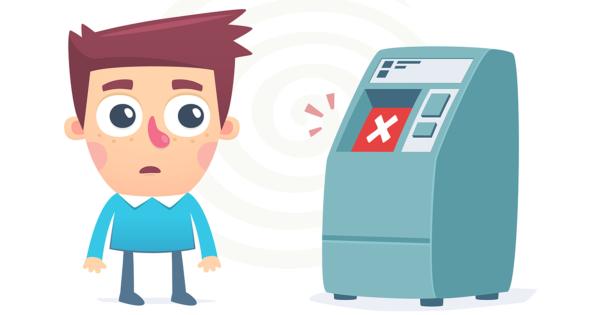 Nearly 200 University of California, Irvine students have signed a petition to ban Wells Fargo from campus for being a “perpetrator of discrimination.”

The petition, which is sponsored by the Black Student Union (BSU), claims that “Wells Fargo directly contributes to child abuse, slavery, discrimination, and exploitation” through its for-profit banking practices, and demands the removal of a branch located in the Student Center.

“It is unacceptable that such an oppressive institution be allowed on campus.”

“We demand the Wells Fargo bank to be replaced with an ethically responsible financial institution that has no stakes in the investment in private prisons and anti-people ventures such as the Dakota Access Pipeline (DAPL),” the petition begins, explaining that “this means that we want the replacement to be a credit union, not another bank.”

Notably, Wells Fargo donated more than $281,000,000 to charitable organizations in 2015, including a variety of nonprofits that benefit low-income and minority communities, but the BSU petition focuses its attention on three “inexcusable actions” that it attributes to the bank.

“It is unacceptable that such an oppressive institution be allowed on campus and we demand that UCI not be complicit in our oppression and exploitation,” the signers declare in a section addressed to Chancellor Howard Gillman. “Wells Fargo is only a subset of a much larger problem: for-profit banking. We demand an inherently ethical institution whose sole purpose is to serve its members, not put profits over people.”

To support those claims, the petition cites data showing that Wells Fargo holds a 2.24 percent share of GEO Group, a company that operates private prisons and mental health centers on four continents, and also links to an NPR article about cities that have cut relations with the bank in protest of its role as a lender to the DAPL.

In addition, the BSU references a 2012 Reuters article reporting that Wells Fargo had agreed to pay a $175 million settlement to resolve allegations that it had charged black and Hispanic customers excessive rates and fees on mortgages during the housing boom.

“Wells Fargo’s presence on our campus is inexcusable. By allowing them to be here, UCI is complicit in the oppression and exploitation of their most vulnerable students and our most vulnerable communities,” the signatories plan to tell Gillman. “Wells Fargo directly contributes to child abuse, slavery, discrimination, and exploitation. We demand UCI take action by removing them from our campus and replacing them; not with another bank, but with a credit union.”

The petition concludes, somewhat confusingly, by reminding Gillman that he recently “signed a letter to Donald [Trump] telling him to rescind his xenophobic executive order,” saying, “it is only right that this sentiment be backed up with concrete action.

Robert Petrosyan, former Chairman of the UC Irvine College Republicans, told Campus Reform that he considers the petition shortsighted, arguing that removing Wells Fargo would effectively compel students who currently benefit from the bank’s services to boycott the institution, regardless of whether they object to its practices.

“I think this course of action is poorly thought out, and serves to make make life harder for students here at UCI who use Wells Fargo,” he explained. “If the members of the BSU are concerned about the bank's investments in private prisons, they can choose not to use Wells Fargo. However, taking that choice away from other students is an unnecessary affront against the economic freedom of their fellow students.”

At press time, the petition had secured 196 signatures, four short of the 200 signatures that will trigger its delivery to Gillman.

University spokespersons did not respond to a request for comment from Campus Reform in time for publication.