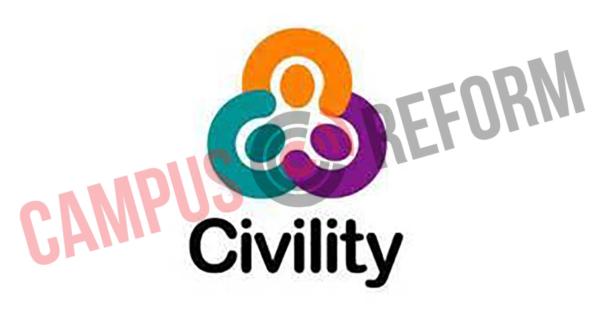 Arcadia University flies a “Civility Flag” on campus that is apparently lowered any time an incident of bias or hate is reported.

According to an email obtained by Campus Reform, the Pennsylvania college recently announced that it would be lowering the Civility Flag for a period of five days after a professor reportedly used “an offensive stereotype” during an interaction with a student.

“[Bias] incidents interfere with the ability of all members of our community to feel safe and be successful.”

“It was reported that a faculty member interacted with a student and used an offensive stereotype based on the individual’s ethnicity/nationality and the student was offended. Other students who were in the vicinity were equally impacted,” the message states, explaining that “these types of incidents interfere with the ability of all members of [the Arcadia] community to feel safe and be successful.”

Consequently, the email concludes, the school’s “Civility Flag will be lowered for five days,” as is apparently the case when any “act of incivility occurs” on campus. 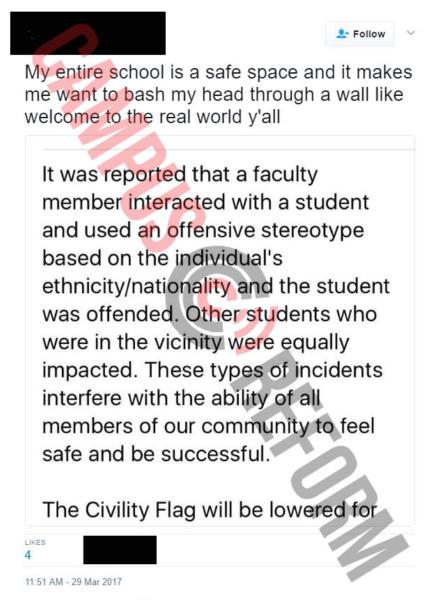 While Arcadia officials have yet to respond to Campus Reform’s inquiry on the matter, the flag’s existence is corroborated by several social media posts and online reviews of the school.

In fact, one student posted to Twitter on March 29, around the same time the previously cited email was sent out, to express “wonder” over “what professor caused the almighty Civility Flag to be lowered.”

And in January, another Arcadia student tweeted that the “Civility Flag has been lowered,” adding that his “day is ruined.”

Moreover, an online review of Arcadia confirms that the small private university has “a Civility Flag on campus,” noting that “whenever any type of intolerance is reported that flag is lowered so [sic] let the whole campus know that there has been some form of incivility.”

Another review suggests that the “most important aspect of Arcadia is kindness,” substantiating the claim by observing that the school has a “Civility Flag that will be brought down for a week if an incident of bullying, abuse, or any injustice is committed and reported.”

A Facebook page devoted exclusively to the “Arcadia University Civility Flag” further confirms its existence, explaining that the goal “is to promote circle discussions and educational workshops when the Civility Flag is lowered” in its inaugural post last July.

“The lowering of the Civility Flag should go beyond just raising awareness. Interested in facilitating circle discussions so people can better understand each other’s experiences?” another post asks, concluding that “we can be the change that we want to see in the world.”

It appears the tradition dates at least as far back as 2008, when the “beloved Civility Flag was stolen,” according to a contemporary Facebook post, which remarked that the theft was “pretty exciting stuff. Exciting enough to have a 2-hour meeting about it.”

Campus Reform is currently waiting for more information on the Civility Flag, and will update this article if and when it is received.