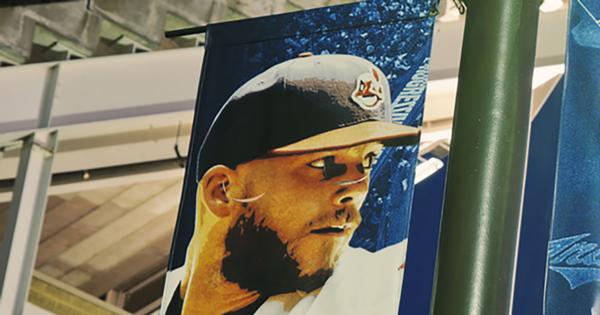 A dean at Case Western Reserve University spoiled opening day for some Cleveland Indians fans by telling students that the team’s “Chief Wahoo” logo is oppressive and racist.

Grover Gilmore, dean of the School of Applied Social Sciences, denounced Chief Wahoo in an official statement as a “racist image that demeans and dishonors native cultures.”

“The Chief Wahoo logo is a racist image that demeans and dishonors native cultures.”

Chief Wahoo—a red-faced, smiling Native American with a feather on his head—has been used in relation to the Indians since the 1940s.

“Today is Opening Day for professional baseball in Cleveland, and it’s an appropriate time to remind our Mandel School community of the racism and oppression represented by the Cleveland baseball team’s mascot,” Gilmore wrote.

Gilmore admitted that he is a Cleveland sports fan, but declared that he does not wear clothing with the Chief Wahoo logo and requested that students “consider the full impact on members of our community when choosing attire.”

MLB Commissioner Rob Manfred has been pressuring the Indians to change the logo as well, and is reportedly in talks with the team to come to a “positive resolution,” but owners are hoping to put the issue off until the off-season to avoid alienating any portion of the fan base.

“We certainly understand the sensitivities of the logo, those who find it insensitive and also those fans who have a longstanding attachment to its place in the history of the team,” said Bob DiBiasio, the Indians’ senior vice president for public affairs. “Our primary focus right now is the team.”