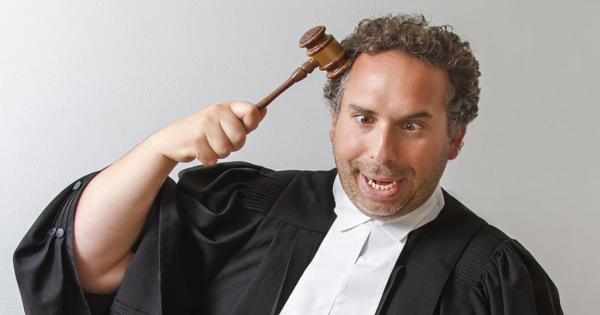 A Wisconsin judge has upheld Marquette University’s indefinite suspension of a conservative professor for criticizing a colleague on his personal blog.

As Campus Reform initially reported, John McAdams was put on paid suspension in December 2014 over a blog post he wrote criticizing another instructor, Cheryl Abbate, for telling students not to dispute the propriety of gay marriage because it would be “homophobic” to express opposition to the idea.

“No college professor in Wisconsin has any real protection if that’s the standard.”

A seven-member Faculty Hearing Committee met in September to consider whether his tenure should be revoked, and in January sent a 123-page report to Lovell’s office unanimously recommending a one-to-two semester suspension, which McAdams suspects represented a compromise between committee members who wanted him fired and those who felt his blog post was protected by the principle of academic freedom.

“The Committee report looks like a series of clumsy compromises between people who wanted me fired and those who didn’t, which is why they recommended a suspension rather than firing or exonerating me,” McAdams told Campus Reform at the time.

Marquette President Michael Lovell also imposed another condition to McAdams’ suspension that was not included in the Committee’s report, saying McAdams would not be reinstated at the conclusion of his suspension unless he were to admit that his actions were improper and issue a public apology.

McAdams has summarily refused to comply with Lovell’s stipulation, even filing a lawsuit against his own employer, but Milwaukee County Circuit Court Judge David Hansher ruled Thursday that the Faculty Hearing Committee was justified in suspending McAdams, despite evidence of clear bias among its members.

According to a press release from the Wisconsin Institute for Law and Liberty (WILL), the organization representing McAdams, Judge Hansher concluded that since naming Abbate could potentially bring negative attention to her, McAdams was rightfully prohibited from doing so.

“No college professor in Wisconsin has any real protection if that’s the standard,” explained Rick Esenberg, President and General Counsel of WILL, in Thursday’s press release. “If a professor can be held responsible for the actions of every person who reads or even hears about what the professor writes, then they have no protections at all. By that standard, every professor who was publicly critical of McAdams should be fired too.”

Notably, WILL’s press release notes that the court made no mention of Professor Lynn Turner’s role on the Faculty Hearing Committee, even though she had signed an open letter condemning McAdams and chastising him for allegedly violating his duties as a professor.

“This is another example of the increasing unwillingness of colleges to stand up for free speech,” McAdams remarked while vowing to appeal Thursday’s ruling. “Hardly a day passes without an example of a speaker being shouted down, or disinvited, or a student being punished for some innocuous (but politically incorrect) comment on social media.”