VIDEO: Student freaks out at Donald Trump sign on campus

Anthony Gockowski Contributing Editor/Investigative Reporter @AGockowski on May 12, 2017 at 9:58 AM EDT 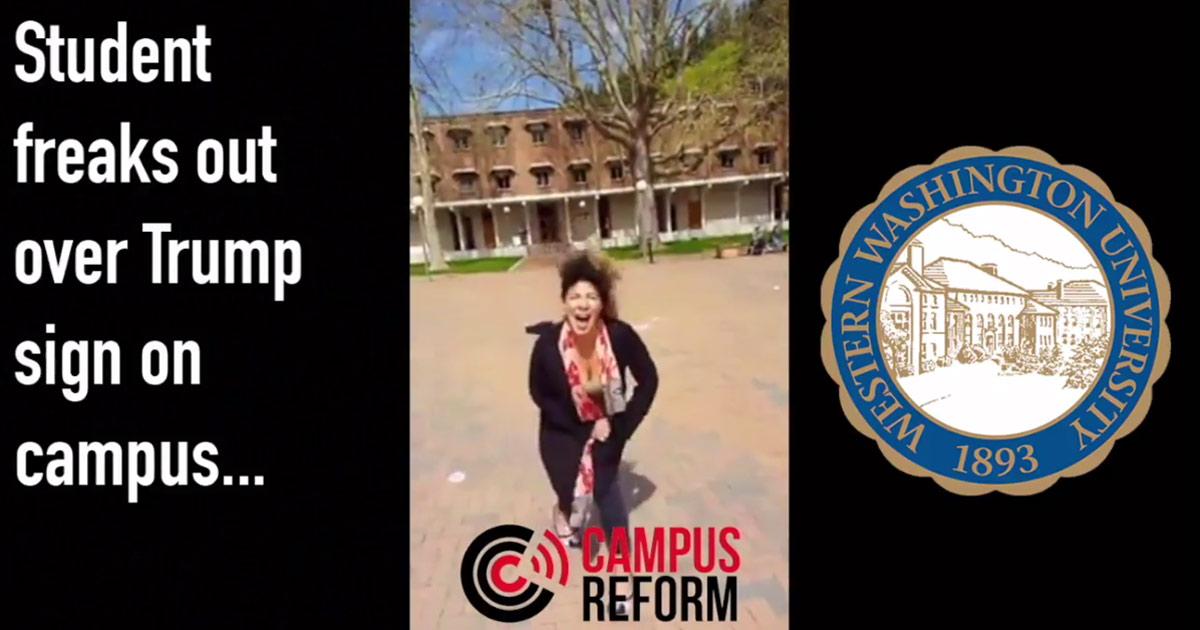 According to a video of the incident obtained by Campus Reform, an unknown student reacted to a street preacher’s pro-Trump sign by spiraling into a two-minute fit, at some points even splattering paint on the ground in an apparent attempt at artistic protest.

At certain points throughout the video, passers-by stop to ask the woman if she’s alright, to which she seems to indicate that she’s screaming as a form of protest.

In the video, Bostrom claims that the woman screaming is “an art major,” and at one point in the video another woman who appears to be an administrator runs into the shot to ask the student if she is alright, to which the student replies “call the police, bitch.”

Campus Reform reached out to the school for more information on the incident, and is currently awaiting a response.