Sanders urges grads to 'fight back' against 'oligarchic' society 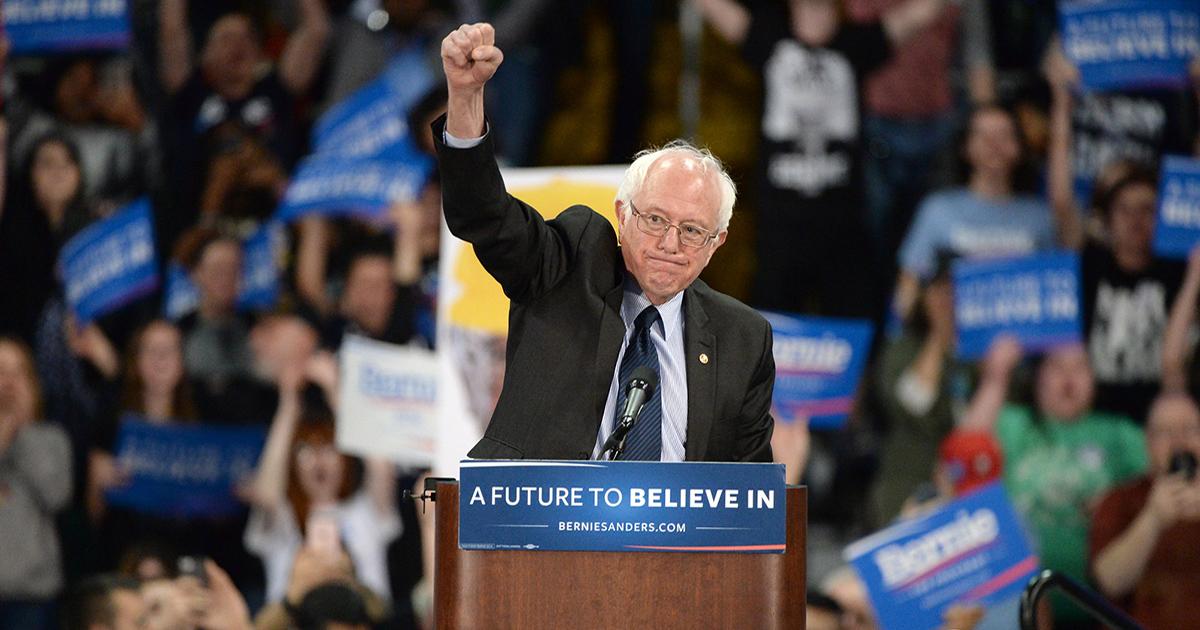 “Directly related to the oligarchic economy that we currently have is an oligarchic and corrupt political system which is undermining American democracy,” Sanders declared during his speech, asserting that “as a result of the disastrous Citizens United Supreme Court decision...a handful of billionaire families are spending hundreds of millions a year to make sure that candidates who represent the rich and the powerful get elected.”

"We are seeing the results of how oligarchy functions right now in Congress."

Sanders, who attended Brooklyn College for one year in 1959, received an honorary degree during the ceremony, and discussed how his Brooklyn upbringing shaped his worldview, starting with his family’s financial struggles.

Sanders also discussed his father’s emigration to the United States from Poland, which allowed him to escape Hitler and the Holocaust even though many of his family members were not so fortunate.

“For them, racism, right-wing extremism and ultra-nationalism were not ‘political issues.’ They were issues of life and death—and they died,” Sanders observed, going on to imply that Americans face similar dangers today.

“From that experience, what was indelibly stamped on me was the understanding that we must never allow demagogues to divide us up by race, by religion, by national origin, by gender or sexual orientation,” he told the graduates. “Black, white, Latino, Asian American, Native American, Christian, Jew, Muslim and every religion, straight or gay, male or female we must stand together. This country belongs to all of us.”

Sanders then went on to discuss the “very serious crises we currently face,” bringing the discussion to the more-familiar territory of income inequality.

“As a student at James Madison High School, many years ago, I recall my social-studies teacher talking about how there were small developing countries around the world that were oligarchic societies—places where the economic and political life of the nation were controlled by a handful of very wealthy families,” he said. “It never occurred to me then that the United States of America, our great nation, could move in that direction. But that is precisely what is happening.”

Presenting a zero-sum vision of economic activity, Sanders complained that “one family—the Walton family—owns more wealth than the bottom 42 percent of our people,” that the number of billionaires has increased tenfold over the past 17 years, and that “CEOs of major corporations now earn about 350 times more than the average worker makes.”

He then went on to imply that this concentration of wealth is in some way responsible for the continuing existence of poverty in the United States, pointing out that 43 million Americans live in poverty, and that many of them are experiencing decreases in life expectancy as a result of the “hopelessness and despair” that drive them to drug addiction, alcoholism, and suicide.

[RELATED: Cuomo and Sanders team up to announce free-college proposal]

“We are seeing the results of how oligarchy functions right now in Congress where the Republican leadership wants to throw 23 million people off of health insurance, cut Medicaid by over $800 billion, defund Planned Parenthood, cut food stamps and other nutrition programs by over $200 billion, cut Head Start and after school programs, [and] make drastic cuts in Pell grants and other programs that help make college more affordable,” Sanders continued. “And, unbelievably, at exactly the same time, they want to provide the top one percent with $3 trillion in tax cuts.”

Sanders concluded by saying that he understands the temptation to “withdraw” from “these very serious problems,” but contends that this is not an acceptable response, declaring that “the only rational choice” is to fight back.

“It is not an acceptable response because the reality that we face today impacts not only our lives, but the lives of our children, the lives of our grandchildren and, with regard to climate change, the very future of this planet,” he said. “The truth is that the only rational choice we have, the only real response we can make, is to stand up and fight back—reclaim American democracy and create a government that works for all of us, and not just the 1 percent.”