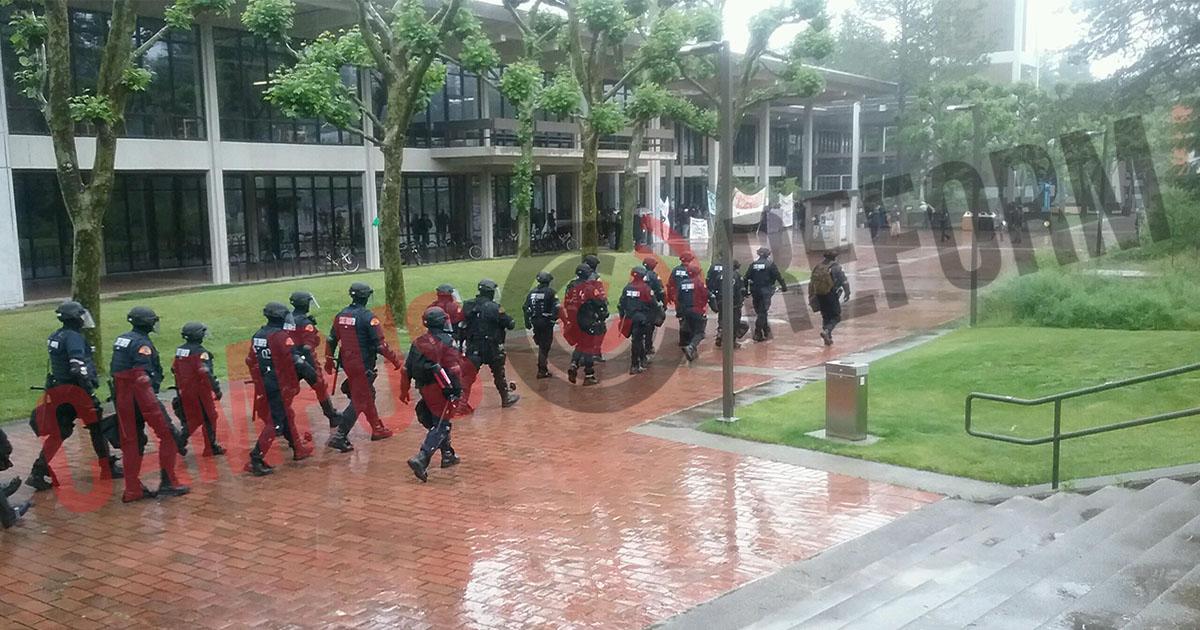 The president of Evergreen State College is asking the state for police protection following recent protests on campus, during which he ordered his own campus police to stand down.

According to The Olympian, President George Bridges told local lawmakers on Tuesday that the university “cannot rely solely on the lean public safety presence that has been the tradition,” even though Bridges himself has been responsible for the leanness of that presence on at least two occasions.

"Police are on lockdown, hamstrung by the college administration."

“Our hard-working law enforcement officers need the training, equipment, and staffing levels necessary to ensure their continued ability to protect all on our 1,000-acre campus,” Bridges declared. “I will be seeking help from the Legislature to meet the challenges of campus safety.”

Bridges’ concerns appear to stem from the recent controversy involving a professor, Bret Weinstein, who had sent a faculty-wide email objecting to the school’s decision to ask white students and faculty members to leave campus and attend diversity programming for a “Day of Absence.”

When students got wind of the exchange, a mob of them descended upon Weinstein’s classroom to berate him, ultimately resulting in campus police advising that he leave campus because “they cannot protect me.”

That same day, Weinstein told The Washington Times that “campus has been under the effective control of protesters” because “police are on lockdown, hamstrung by the college administration.”

On the second day of protests, students took their complaints directly to Bridges, confining him and several other administrators to the president’s office and monitoring the doors and windows “to make sure there’s no way for them to escape.”

At one point while Bridges and his subordinates were being held hostage, one of the student protest leaders emerged from the office to triumphantly declare that Bridges had just assured the mob that “police will not show up.”

Despite being denied permission even to use the bathroom without an “escort” of demonstrators, Bridges later shrugged off the incident in an interview with Vice News, saying, “I was going to go to the bathroom regardless and they wanted to escort me. I felt very safe.”

According to The Olympian, the university has already implemented a number of new security and safety measures in recent weeks, such as spending about $135,000 for State Patrol officers to provide supplemental security on campus, a figure only partially offset by $12,000 in aid provided by the Thurston County Sheriff’s Office.

Evergreen has also launched an investigation into the extensive property damage inflicted during the recent demonstrations, which is estimated at between $5,000 and $10,000.