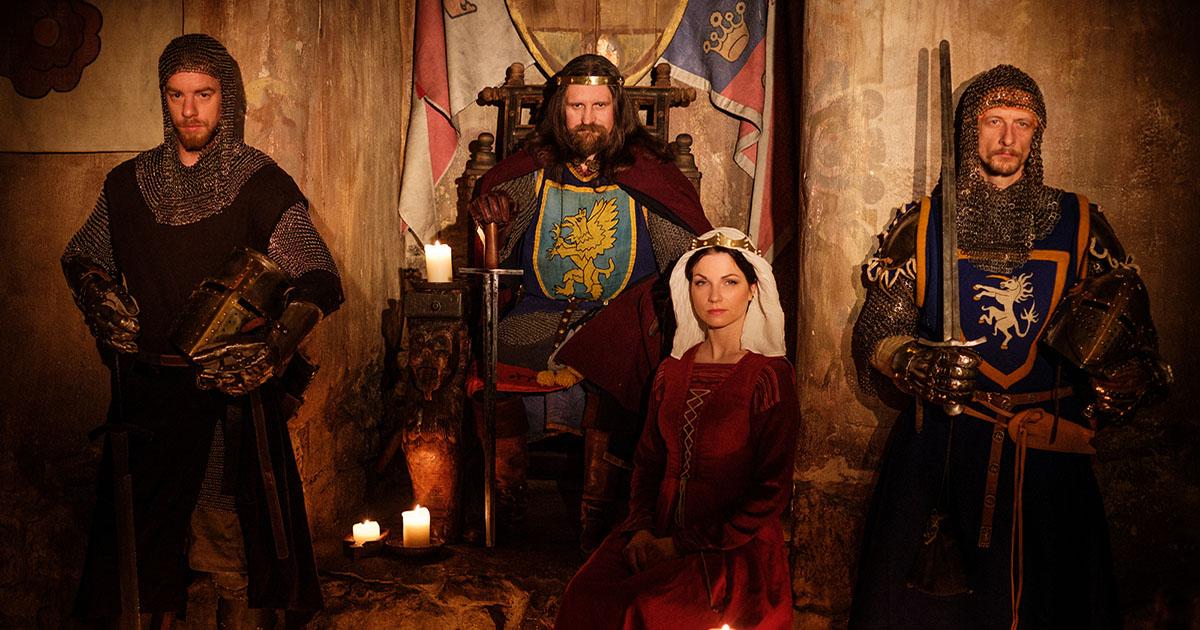 Some Medieval Studies professors are worried that the “alt-right” is co-opting the discipline to promote a “fantasy” of the Middle Ages with undertones of “white supremacy.”

“It should be a really, really important time for the field to reflect on why are these things going on and what can we do to combat that,” Vassar College professor Dorothy Kim told The Chronicle of Higher Education. “The worry I would have is that, is the field going to be forever linked to white supremacy?”

"The worry I would have is that, is the field going to be forever linked to white supremacy?"

The article recounts the experience of Vincent W.J. van Gerven Oei, an author and scholar in the area of Medieval studies, during the “International Medieval Conference” in England.

After noticing that all of the speakers presenting a lecture on “otherness” in the Mediterranean were white, Oei was further incensed when the moderator joked that he doesn’t look as much like an “old, white man” after vacationing at the beach.

“Whether or not he intended it as a joke, it obviously ridicules the entire importance of race in this debate, as if it was merely a matter of lying in the sun," Oei said. "I was thinking I could do two things: Either I can just get up and leave, and it will be very awkward, or I can tweet about this."

Other attendees leveled similar charges about the lack of diversity at the conference, arguing that the field of medieval studies is too “Eurocentric” and “male-dominated.”

"The IMC simply chose to ignore the expertise of people of color and ‘others’ whose knowledge on issues of race and otherness has informed decades of scholarship," declared Jonathan Hsy, an associate professor of English at George Washington University. "If the thread organizers had listened to critiques voiced about the thread’s problematic framing and exclusions at any point during the planning process or indeed during the conference itself, this entire conversation could have been inclusive and innovative."

Some scholars also expressed concerns that “white supremacists” on “alt-right online forums” are increasingly using medieval themes to promote their worldview, which the professors claim is at odds with the historical reality of the Middle Ages.

Calling the alt-right interpretation a “fantasy,” Suzanne Akbari, director of the Centre for Medieval Studies at the University of Toronto, countered that “the medieval past is actually highly integrated, highly diverse, with a tremendous amount of cultural interchange.”

Medievalist Eileen Joy agreed that the Medieval Studies discipline is “a safe place to be elitist,” speculating that this has to do with its reputation for focusing on European and Christian cultures.

[RELATED:Susquehanna U drops Crusaders nickname to ensure school is 'welcoming and inclusive']

Joy claimed that she eventually grew so frustrated by the situation that she resigned from her position as an assistant professor in order to help found a publishing house called Punctum Books, as well as a working group called “BABEL” that promotes nontraditional scholarship

"I realized the only way the field will change or be more welcoming or more inclusive is if some of us actually devote all of our time and energy to creating new spaces, new presses, new journals, new conferences where this kind of work can be developed," Joy explained.

Notably, both Hsy and Kim were among the signatories of a January 2016 letter to Barbara Newman, president of the Medieval Academy of America, objecting to “an anti-feminist and explicitly misogynistic” website run by Medievalist Allen Frantzen.

Akbari, who wrote the letter in her capacity as Chair of the Organizing Committee for the 2017 MAA conference, claims that Frantzen’s website exemplifies the “abusive behaviors” common within the discipline, demanding that the MAA issue a public statement “reaffirming our commitment to creating and maintaining a culture that does not tolerate harassment, bullying, or other forms of abuse.”