Prof who allegedly attacked College GOP to be reinstated

Peter Van Voorhis Contributor at The Washington Examiner @RepublicanPeter on Jul 19, 2017 at 7:55 AM EDT 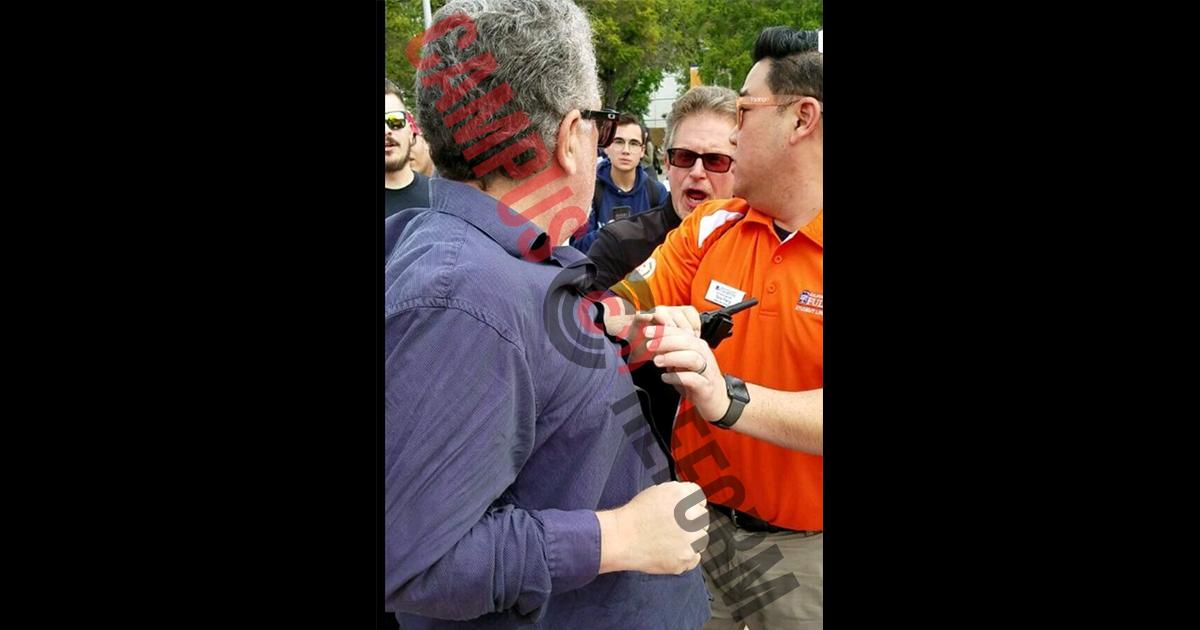 Professor Eric Canin will be returning to California State University, Fullerton to teach classes despite allegedly assaulting a College Republican on campus.

The incident took place in February, when members of the College Republicans were peacefully counter-protesting an anti-Trump rally on campus. Canin approached members of the club, calling them “uneducated” based on their political stance before allegedly shoving at least one student in anger.

"Violence should never be a way to respond."

Canin, who was initially suspended from campus after battery charges were filed against him with the Orange County District Attorney, received only a two month suspension for his actions.

“Dr. Canin is one of several college faculty throughout the country who have found themselves unfairly vilified by right-wing groups like the College Republicans, a national, ultra-conservative youth organization that appears to be growing bolder following the election of Donald Trump,” the California Faculty Association declared in a press release.

“CFA is urging higher education community leaders to stand up and defend academic freedom on their campuses so that no faculty member has to endure what Dr. Canin has been through,” the statement continued. “Our union is strong, and together we win.”

Jeffrey D. Cook, Chief Communications Officer for Cal State Fullerton, said in a statement that Canin will still be suspended for two months, a decision handed down by an arbitrator.

“The sanction imposed by the arbitrator is final and binding, and concludes a process required by the collective bargaining agreement with the California Faculty Association,” Cook wrote.

“It’s disappointing to hear that the CSU system has chosen to disregard its students and stand by a violent professor who has chosen to attack free speech,” CR President Emeritus Chris Boyle told Campus Reform.

Boyle, who says he personally apprehended Canin and placed him under citizen’s arrest after he tried to flee the scene, vowed that “The CSUF College Republicans will keep fighting against this unjust decision.”

Amanda McGuire, President of the CSUF College Republicans, told Campus Reform that conservative students are under attack, both literally and figuratively, whether on campus or not.

McGuire, as well as two other members of the CR executive board, were recently sued by affiliates of the Democrat Party for their role in helping to recall State Senator Josh Newman (D), who voted for a $52B gas tax hike earlier this year.

“It's a battle that we fight on multiple fronts. As conservative students, our club has been able to see aggression from campus faculty as well as opposing state party officials,” McGuire told Campus Reform. “We don't plan on stopping anytime soon, though. The CSUF Republicans was established to stand against leftist culture, making a home for conservative students that are not able to speak their views freely.

“Allowing a professor like Canin to teach again in a university shows that the school is not putting students and their safety first,” she concluded. “Violence should never be a way to respond.”

Spokespersons for CSUF declined a request for comment from Campus Reform, referring to the prepared statement declaring that “it is unacceptable to respond with violence to speech with which we disagree.”