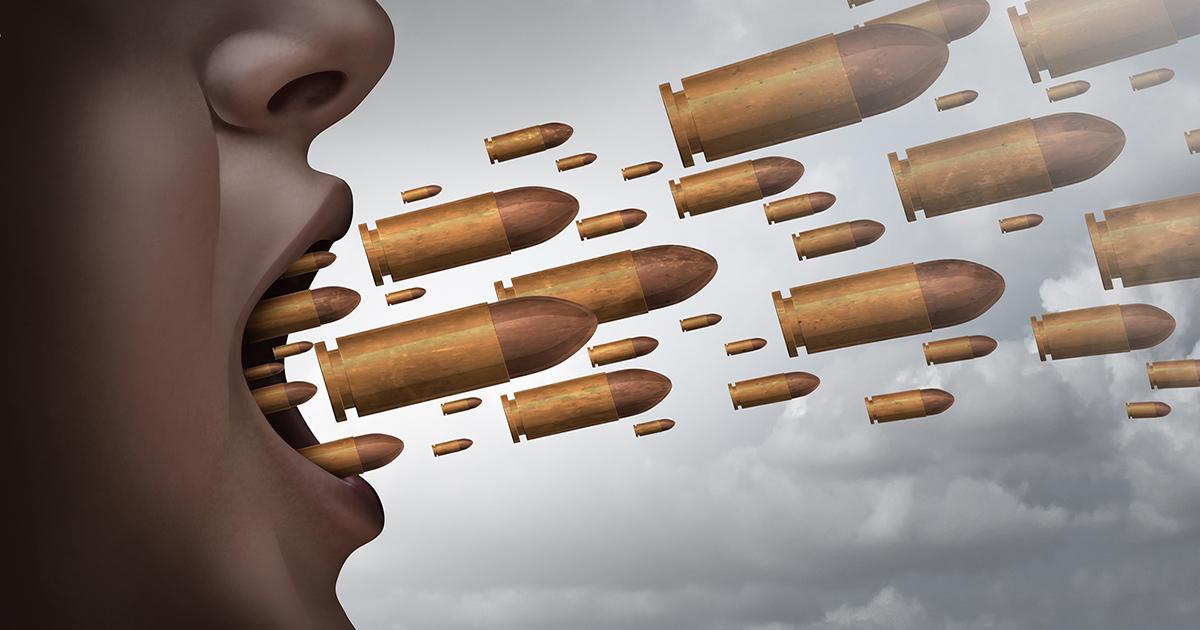 Two leading free-speech advocates are warning that teaching college students to view speech as “violence” only encourages them to counter opposing opinions with actual violence.

“Of all the ideas percolating on college campuses these days, the most dangerous one might be that speech is sometimes violence,” Greg Lukianoff and Jonathan Haidt argue in an article for The Atlantic titled “Why it’s a bad idea to tell students words are violence.”

"It tells them that words, ideas, and speakers can literally kill them."

Lukianoff, president of the Foundation for Individual Rights in Education (FIRE), and Haidt, a professor at New York University, expressed their concerns in direct response to a controversial New York Times op-ed by Northeastern University researcher Lisa Feldman Barrett, who argued that speech can be violence because of the impact words can have on a person’s nervous system.

“If words can cause stress, and if prolonged stress can cause physical harm, then it seems that speech—at least certain types of speech—can be a form of violence,” Feldman Barrett suggested. “That’s why it’s reasonable, scientifically speaking, not to allow a provocateur and hatemonger like Milo Yiannopoulos to speak at your school.”

Further, the two scholars suggest that telling students speech can be violence could lead them to anticipate violence everywhere they look.

“If students are repeatedly told that numerical disparities are proof of systemic discrimination, and a clumsy or insensitive question is an act of aggression (a “microaggression”), and words are sometimes acts of violence that will shorten your life, then it begins to make sense that they would worry about their safety, chronically, even within some of America’s most welcoming and protective institutions,” Lukianoff and Haidt assert, pointing to already-growing concerns about student mental health [emphasis in original].

“It tells the members of a generation already beset by anxiety and depression that the world is a far more violent and threatening place than it really is,” the two remark. “It tells them that words, ideas, and speakers can literally kill them.”

Meanwhile, Haidt and Lukianoff note that colleges have already seen the consequences of promoting such a notion, pointing to recent events at the University of California, Berkeley, where students responded to speech they deemed offensive or objectionable with force.

Indeed, after masked protesters sparred with people on campus the day of Yiannopoulos’ talk, the riot was subsequently defended by students and alumni in a series of op-eds called “Violence as self-defense,” which was published in the school newspaper, including features such as “Check your privilege when speaking of protests” and “Violence helped ensure the safety of students.”

“The conflation of words with violence is not a new or progressive idea invented on college campuses in the last two years,” Lukianoff and Haidt remark ruefully. “It is an ancient and regressive idea. Americans should all be troubled that it is becoming popular again—especially on college campuses, where it least belongs.”

Campus Reform reached out to Feldman Barrett for comment, but did not receive a response in time for publication.