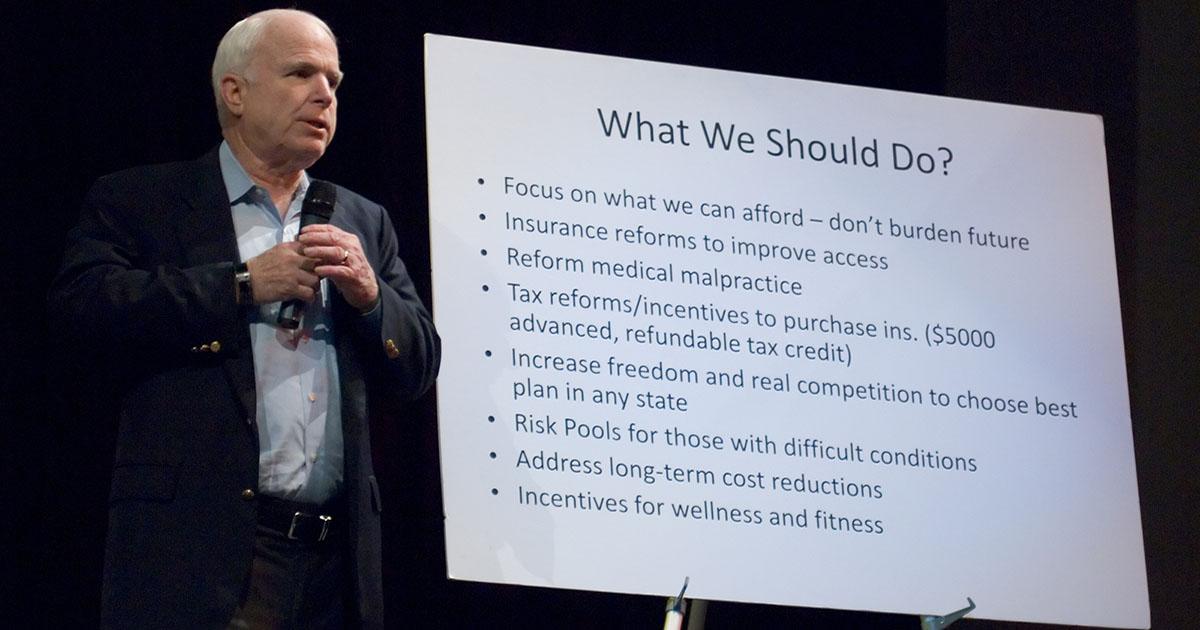 Several professors took to social media to mock Sen. John McCain’s views on health care after news broke that he had been diagnosed with untreatable brain cancer.

“John McCain is pretty ok with taking away everyone’s health care so excuse me if I don’t have a well of sympathy for his brain cancer,” tweeted Rutgers University Professor Kevin Allred, who has already been placed on leave once over a series of controversial tweets in which he threatened to “start shooting at random white people.”

"I find myself annoyed at the groundswell of good wishes for John McCain after his diagnosis of glioblastoma."

Similarly, State University of New York Professor Michele Thornton questioned if McCain’s “new preexisting condition” would “change [his] mind about the BRCA vote,” adding a hashtag of “protect our care.”

Hunter College Professor Jessie Daniels kindly wished McCain a “speedy recovery,” then took the opportunity to express her support for “health insurance for all.”

“I find myself annoyed at the groundswell of good wishes for John McCain after his diagnosis of glioblastoma and have been thinking through why,” Graubart wrote, later suggesting that sympathy would be best directed toward fellow Americans rather than an “utter stranger” such as McCain.

“McCain is a war criminal and, more to the point, someone who as a politician has championed horrifying action and been lousy on state commitment to public health. So dying or not, he’s a risible public figure,” Graubart added, noting that “what troubles” him is the “urge to send such well wishes to an utter stranger as it reinforces the notion that some lives are more important than others.” 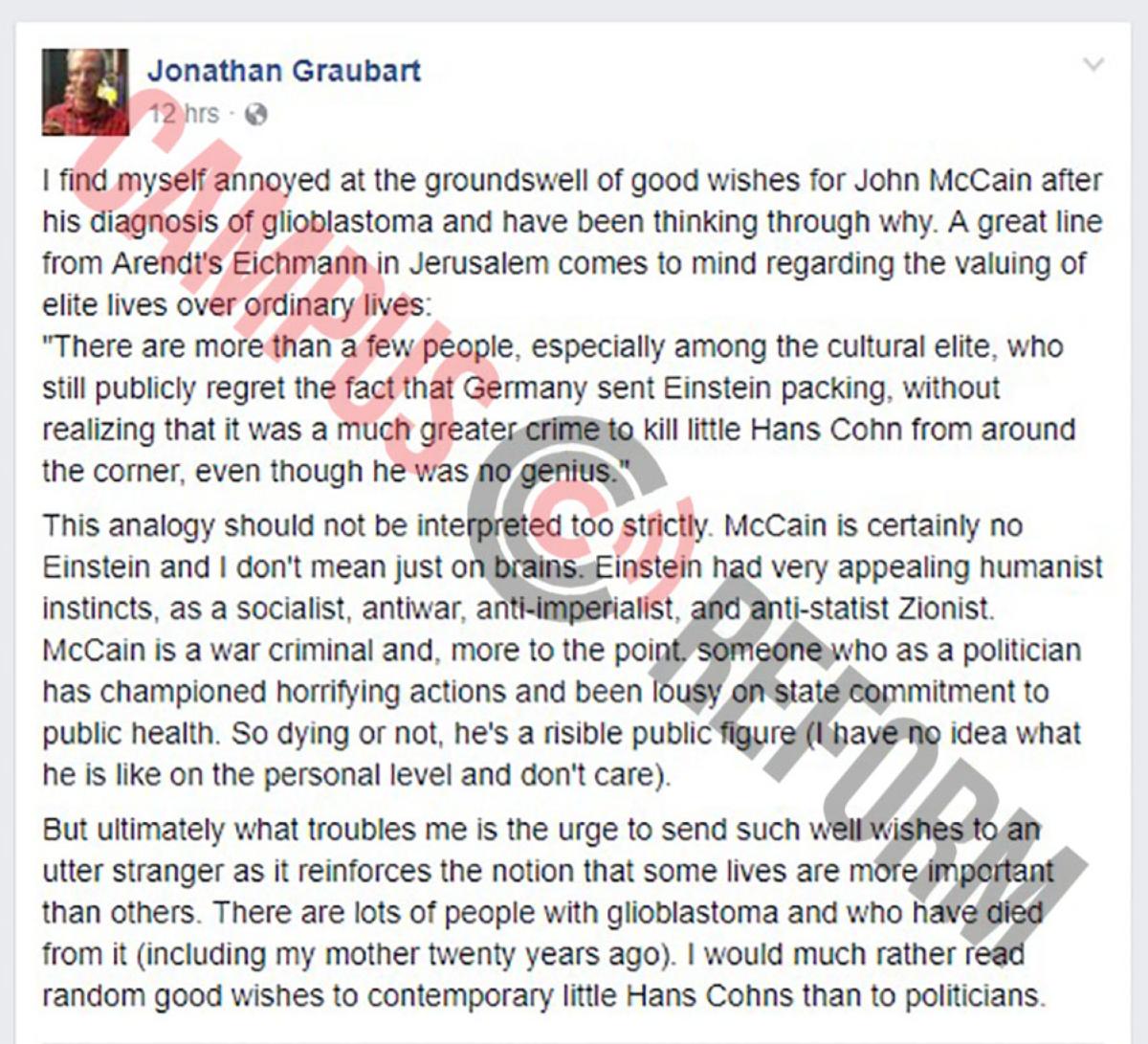 UPDATE: Graubart explained to Campus Reform that his post was made on his "personal page" and had "nothing to do with [his] role as a professor," noting that he is troubled by the "deluge" of threats and hostile emails he has received.

In regards to his claims that McCain is a "war criminal," Graubart expressed that this was "a side point in an off-the-cuff post" on his personal Facebook, but did note that McCain participated in Operation Rolling Thunder, an operation that he suggested "was highly controversial and raised allegations of war crimes."

"I want to make clear that in no way did I or would I wish illness upon Sen. McCain and I find it irresponsible for students to have made that claim in light of the violent threats such claims have provoked," he added, referring to students who had circulated his Facebook post. "On the human level, one should of course wish the best for everyone stricken with diseases, like glioblastoma, including Sen. McCain."