OPINION: Timpf is tough, but the assaults must stop 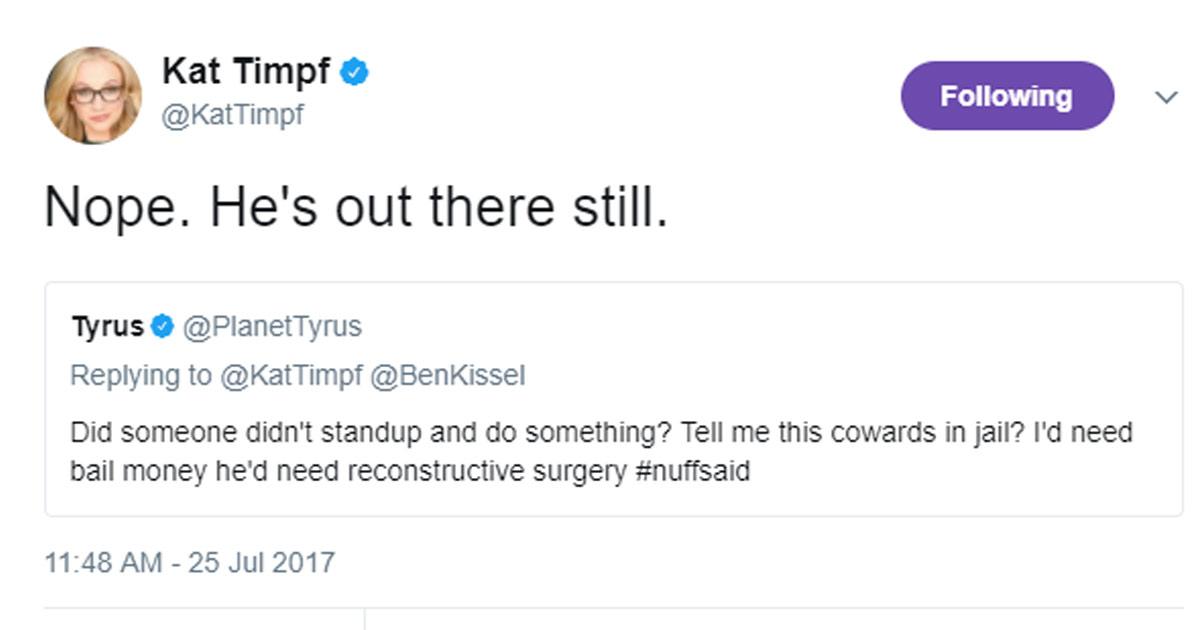 It’s become the trendy thing to threaten or assault conservatives at public events. Milo at UC Berkeley. Murray and Middlebury. And now Timpf in Brooklyn.

Former Campus Reform reporter Kat Timpf was doused with a bottle of water at a friend’s campaign event in New York City Monday.

Maybe next time it’s a glitter bomb. The time after that, it’s eggs. But what will you say when it’s acid?

“I'm at Union Pool in BK, about to speak at my friend @BenKissel's campaign event, a guy walks in, dumps an entire bottle of water on me,” Timpf tweeted. “[He w]alks in, clearly here because he knows I'm here, dumps an entire 1.5 liter bottle of water on me, first on my head and then I turn...to look and he splashes it directly on my face and runs out.”

This is the act of a coward (coward, of course, being a generous term). Rather than engage with Kat, he attempted to humiliate her.

This isn’t the first time she’s been hassled in her career, of course. Three years ago, while covering an “inclusive” feminist conference, Kat had to deal with conference organizers warning attendees not to talk to her, and then actually following her around the conference to interrupt her conversations with students she was attempting to interview.

I remember being impressed with how Kat handled that situation with grace and her trademark sense of humor. Getting under her skin is not an easy thing to do, so her fury at this attack is not only completely understandable, it shows how shocking the incident was.

“Sure it was embarrassing,” you might be saying, “but it was just water! What’s the big deal?”

Yes, this time. Maybe next time it’s a glitter bomb. The time after that, it’s eggs. But what will you say when it’s acid? How about when the assailants forego embarrassment, intimidation, or facial disfigurement for something more lethal like a gun or a knife?

Kat is correct; this is in no small part the result of “ramped-up, hyper-partisan rhetoric,” and it’s been heartening to see support from all quarters—Jake Tapper, Geraldo Rivera, Olivia Nuzzi, Tyrus, and others—but unless people begin facing serious consequences for these kinds of actions, they won’t end.

Proverbs 13:24 warns that “[h]e that spareth his rod hateth his son: but he that loveth him chasteneth him betimes.” In other words, failure to discipline fails the rule breaker in the long run. We see that all too often on college campuses these days. Middlebury gave out a few wrist slaps. Berkeley cops barely broke out the cuffs.

In fact, the only recent proper disciplinary action that comes to mind is at Claremont McKenna College, where ten students had sanctions placed against them for disrupting a speech by Heather McDonald, a pro-police author.

Let students think they can spit in the face of the proper authorities and disrespect for the law as a whole will follow. Just as the man who dumped the water on Kat should be prosecuted to the fullest extent of the law, administrators must stop fearing their students and enforce the rules on their campuses.

Only when people respect the rules—and the accompanying order they bring—will we see a cooling of the rhetoric and a decline in these attacks.