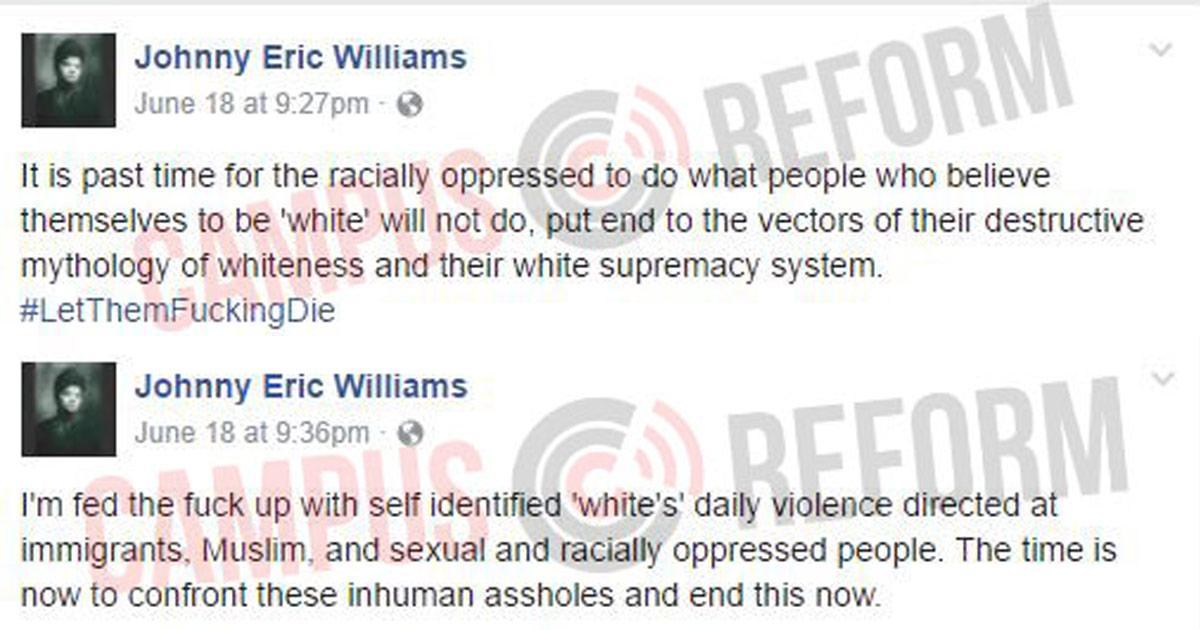 Trinity College’s president announced that the school has lost 16 students and “roughly $200,000” in donations in response to a professor’s controversial Facebook comments.

As Campus Reform initially reported, Professor Johnny Williams appeared to endorse the idea that first responders to June’s congressional baseball shooting should have let the victims “fucking die” because they were white, sharing an anonymous article making that case titled “Let Them Fucking Die.”

"A number of past contributors also chose not to donate to the college this year in response to controversy.”

Williams himself later suggested that he is “fed the fuck up with self-identified white’s daily violence directed at immigrants, Muslims, and sexually and racially oppressed people,” saying “the time is now to confront these inhuman assholes and end this now.”

“It is past time for the racially oppressed to do what people who believe themselves to be ‘white’ will not do, put end to the vectors of their destructive mythology of whiteness and their white supremacy system,” Williams wrote in a separate Facebook post, followed by a hashtag of “LetThemFuckingDie.” 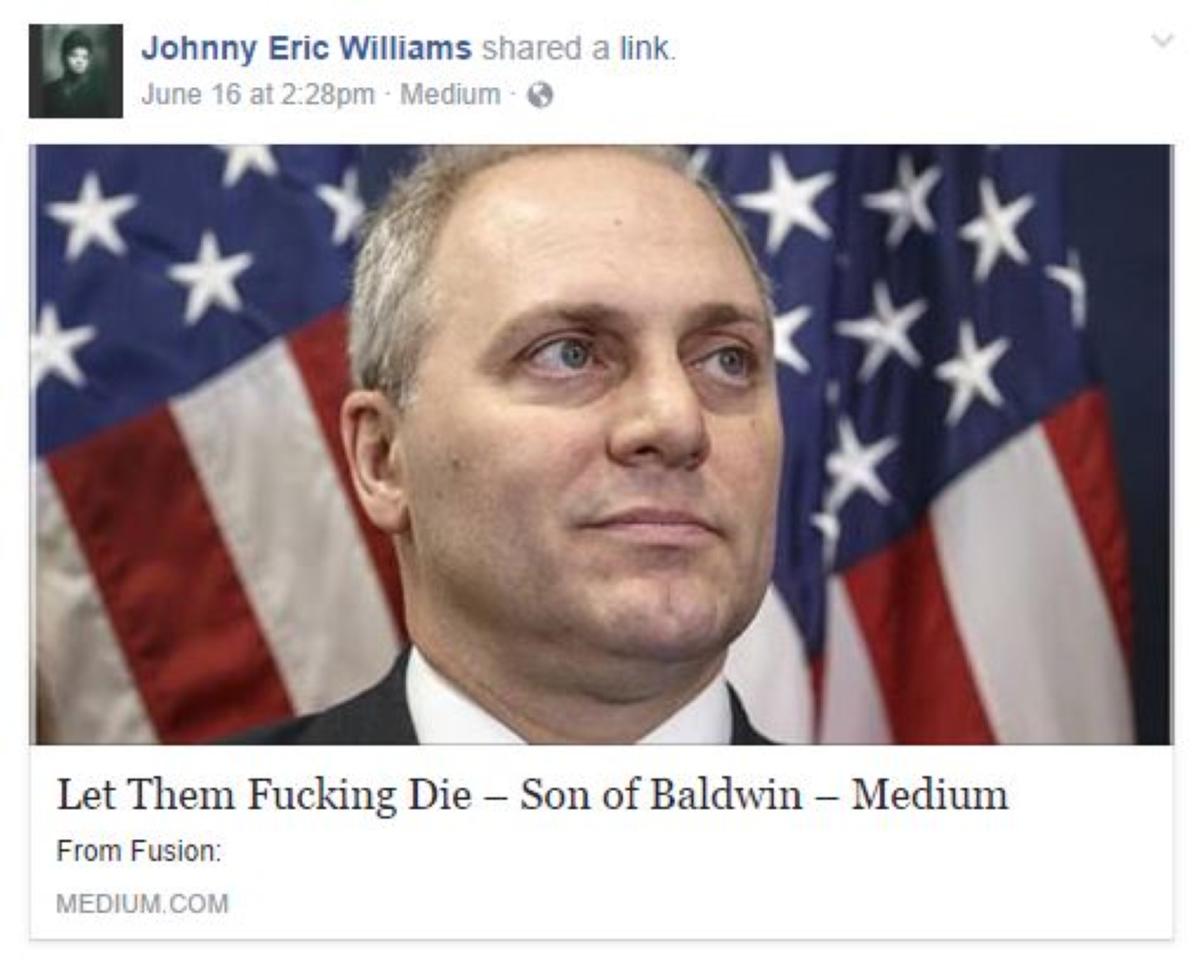 After Campus Reform broke the news, Williams was placed on leave and has since agreed to remain on voluntary suspension until January, though Trinity President Joanne Berger-Sweeney spoke candidly about the damage his comments caused the university in a Monday statement.

“In the short term, we know that 16 students in the incoming Class of 2021 have withdrawn and cited this incident as the reason, and our admissions team has engaged in conversations with many others who had concerns,” she wrote in her statement, disclosing that “a number of past contributors also chose not to donate to the college this year in response to controversy.”

In total, Berger-Sweeney estimated the damages to be “roughly $200,000,” but asserted that the school “can and will recover from the financial cost of this incident.”

“In the meantime, I want to thank the members of our community who were on the front lines of managing the events of the Campus Reform incident, especially many staff members whose work and dedication during this very challenging situation have been truly exceptional,” her statement concluded.

[RELATED: Prof: ‘some white people may have to die’]

Trinity’s American Association of University Professors (AAUP) chapter, however, continues to express disappointment in Berger-Sweeney for failing to “defend Professor Williams from outside attack, or to acknowledge their own mishandling of the events.”

“President Berger-Sweeney’s statement confirms our suspicion that the administration’s primary concern has been the bottom line, rather than the protection of scholarly inquiry and academic freedom,” the AAUP claimed in a statement to The Hartford Courant. “Given that the administration continues to publicly admonish Professor Williams’ speech, and reduce this attack to a monetary crisis, we remain unconvinced that they will strongly defend our campus from such attacks in the future.”