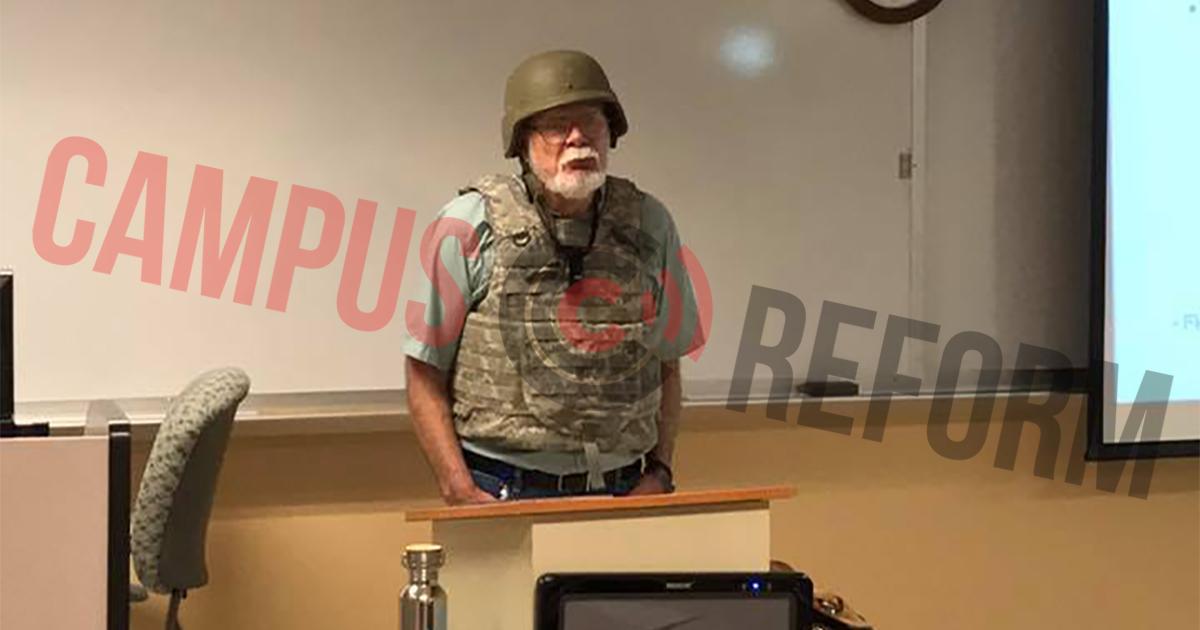 A professor at San Antonio College arrived to class last week dressed in body armor to mark the implementation of a campus carry policy allowing concealed carry on school grounds.

Charles K. Smith, a geography instructor, sported a bulletproof vest and a helmet, explaining to mySA that “I was just saying I don’t feel safe.”

"It definitely makes me feel uneasy that there are more firearms on campus than there really should be."

Smith has worked at the school for ten years and claims he was just making “a statement on how [he] felt.”

“It definitely makes me feel uneasy that there are more firearms on campus than there really should be,” Smith added, fretting that while some students likely carried illegally in the past, the new law “increases the chances of something happening.”

When students “got mad at me” in the past, he noted, “they had to go home to get the gun and had time to cool off; now they will have it with them.”

The photo of Smith first surfaced when it was posted on Facebook with the caption, “In response to concealed carry, Professor Charles K. Smith, wears protective gear to his Physical Geography class at San Antonio College.”

Campus Reform reached out to Smith for comment, but did not receive a response.