CSULB students protest their own mascot 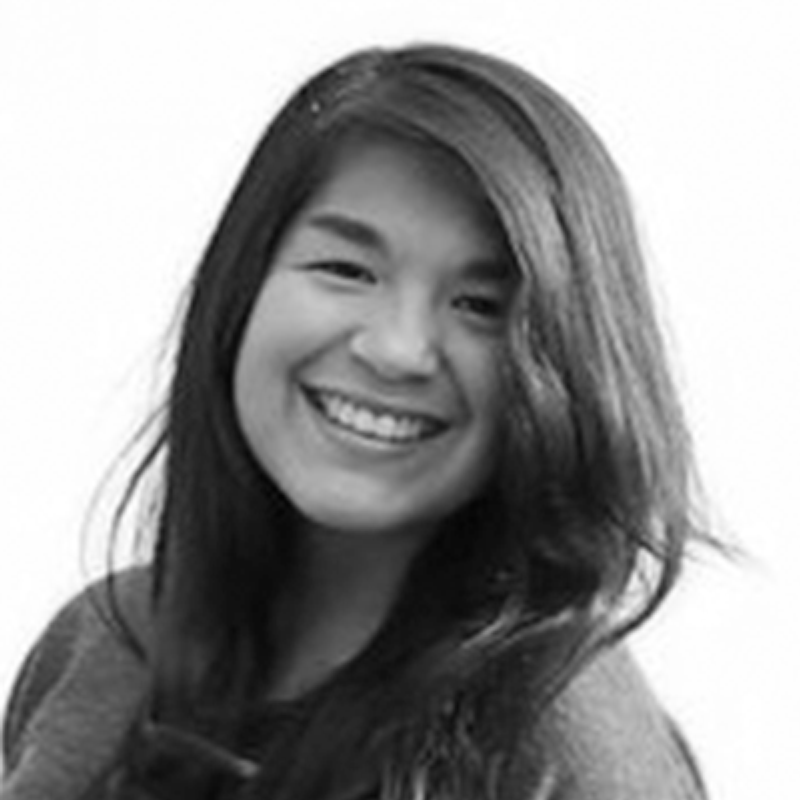 On Monday, August 28, the first day of classes for the California State University-Long Beach (CSULB) 49ers, students placed signs around the "Prospector Pete" statue on campus, protesting historical prospectors as agents of genocide.

A video obtained by Campus Reform also captured a banner hanging on the wall of a faculty building that read, “LB students act against white supremacy.”

"The Prospectors were Murders [sic]."

Members of several student groups, received an email from the leadership of CSULB’s chapter of La Raza the night prior, encouraging them to “join other organizations on campus for a banner drop by the Prospector Pete statue to stand against white supremacy and to show solidarity with the students in Virginia.”

The statue of Prospector Pete references the beginning of the California Gold Rush, and those who traveled out West to work as miners. According to the CSULB website, “The ‘Forty-Niner Prospector’ stands in representation of the school mascot and of the drive toward greatness.”

In 2009, The Daily 49er published an op-ed referring to the statue as a “very offensive symbol,” and a reminder of the “brutalized victims of Prospector Pete and his bigoted cronies.”

Since then, several opinion pieces have called for the removal of the statue due to alleged offense to indigenous students on campus, as well as the descendants of the Puvugna village, once located on the grounds of the camps.

Although the entirety of the university has been dubbed a “free speech zone” by the University President Jane Conoley, the signs were in violation of the school’s publicity and posting regulations that requires public postings on campus to be placed in pre-approved locations by the university.

In response to these violations, Conoley sent out a campus wide email to encourage students to utilize two large white boards, referred to as “expression boards,” placed on campus by the multicultural affairs office.

“We wanted to give students a chance to talk about what they were feeling after the Charlottesville incident,” Patience D. Bryant, director of the office of student conduct and ethical development told The Daily 49er.

The La Raza Facebook page referenced Conoley’s email in a post, stating, “[t]hey criticize our method because it may be a ‘threat’ to the safety on campus. Instead, they have offered us the opportunity to practice activism through arts and crafts…” 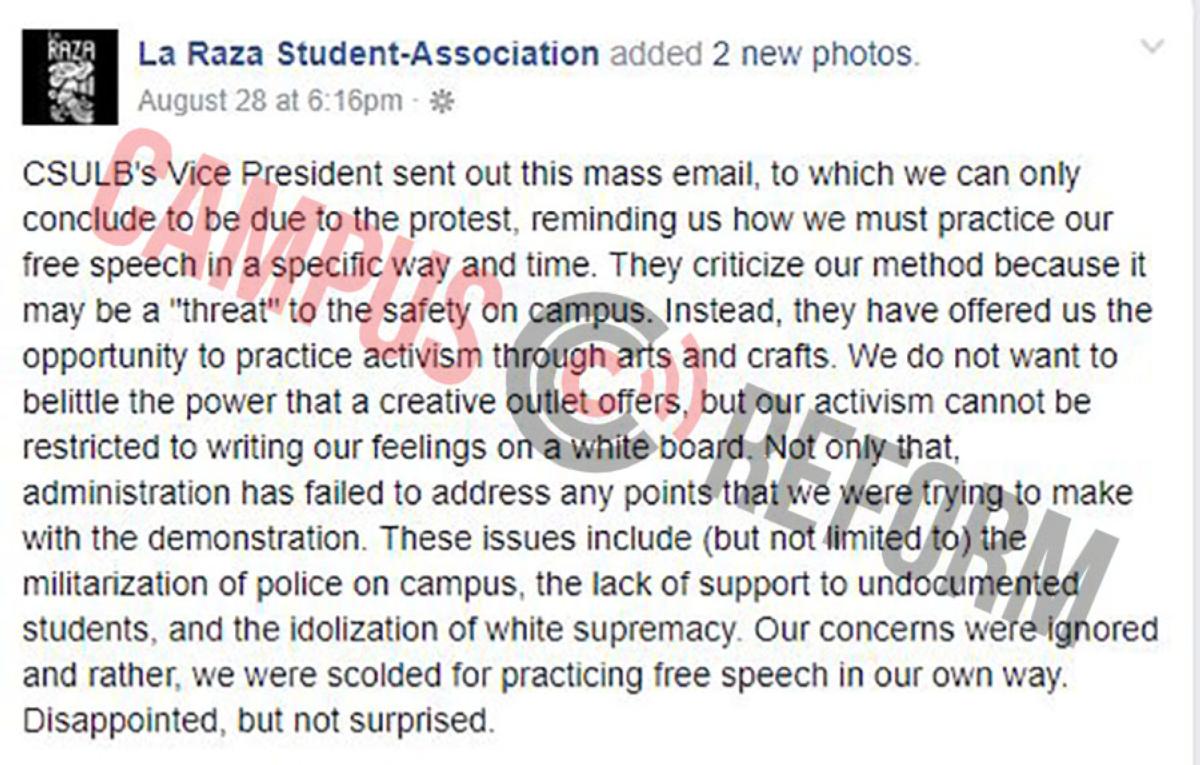 Jael Sierra is a California Campus Correspondent, and reports liberal bias and abuse on campus for Campus Reform. She is a junior at California State University, Long Beach, where she studies Political Science and International Studies. She is also a Chapter President for Young Americans for Liberty, and a contributor for Lone Conservative and Western Free Press