Laura Nicolae and Nat Le Massachusetts Campus Correspondent on Sep 29, 2017 at 10:14 AM EDT

Harvard University students turned out in droves Wednesday night to protest a visit by Secretary of Education Betsy DeVos, calling her a “white supremacist.”

DeVos was invited to speak at the Harvard University Institute of Politics about education policy and school choice in a discussion titled “A Conversation on Empowering Parents.”

"People...[think] their worries are now in the hands of so-called experts in Washington."

As students outside loudly protested DeVos’ policies, silent protesters inside the forum held up signs with slogans like “Our Students Are Not 4 Sale,” “White Supremacist,” and “Harvard Legitimizes White Supremacy.” 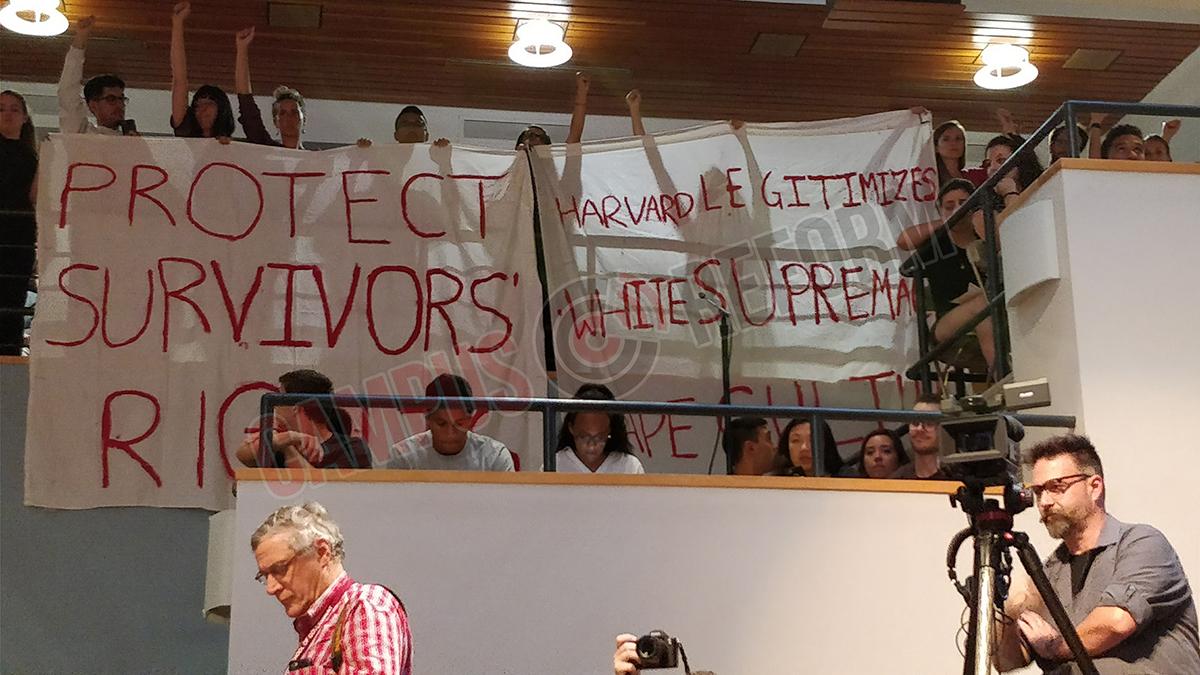 While the signs noticeably diverted the audience’s attention, DeVos continued speaking, advocating a change from the status quo in education policy, which she described as a system in which “people worry less and less about each other, thinking their worries are now in the hands of so-called experts in Washington.”

[RELATED: Prof calls DeVos ‘a powerful handmaiden’ to the ‘patriarchy’]

At one point, DeVos noted that U.S. educational outcomes are barely average internationally and rhetorically asked, “so what do we do? What does the future hold? More funding—does that fix the problem?”

A student’s loud “yes” and a round of resounding applause quickly established the audience’s view on the matter. 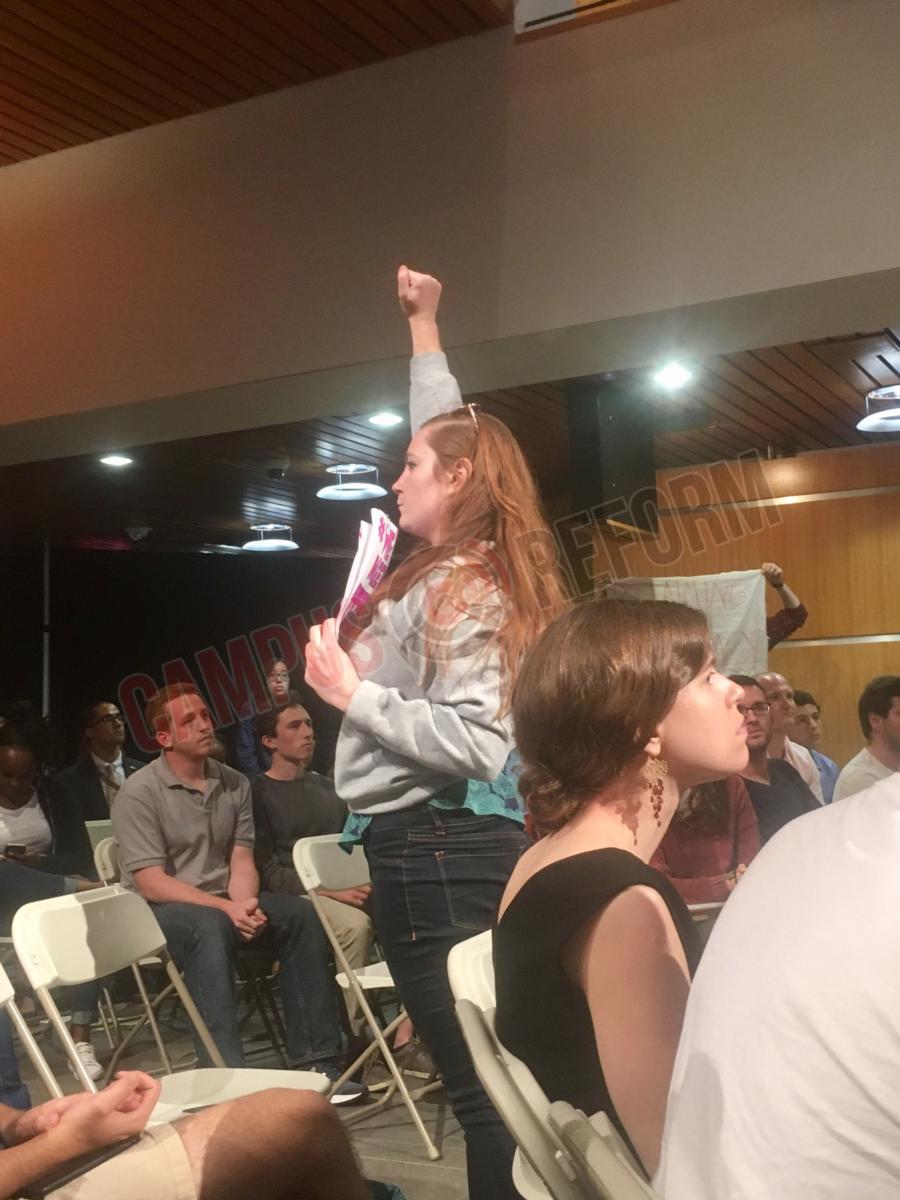 A Q&A session followed DeVos’ speech, during which a Harvard Kennedy School graduate student asked the Secretary, “So, you’re a billionaire with lots and lots of investments, and the so-called school choice movement is a way to open the floodgates for corporate interests to make money off the backs of students. How much do you expect your net worth to increase as a result of this?”

DeVos’ reply was simple: “[In over thirty years,] I have written lots of checks to support giving parents and kids opportunities to choose the school of their choice. The balance of my income has gone very much the other way and will continue to do so. I am committed to ensuring every child has the opportunity to get a great education.”

DeVos’ visit to Harvard follows recent controversies at other campuses in which students protested her support for school choice and changes to Title IX guidelines.