A student leader at Dartmouth College wants her classmates to “support the marginalized” by rejecting a time-honored homecoming tradition.

In an op-ed for The Dartmouth, student Jessica Cantos, a member of the Inter-Community Council, urges her classmates to reject the school’s homecoming bonfire tradition because participating in the festivities “celebrates Dartmouth’s legacy of colonialism” and “actively supports the administration’s violent negligence of the most vulnerable of our peers.”

Cantos begins her article by discussing the feeling of “home” for students, raising the issue of DACA and illegal immigrants’ sense of belonging on campus, but her primary concern pertains to the administration’s response to President Trump’s decision to end the Deferred Action for Childhood Arrivals program.

She claims that Dartmouth isn’t doing enough for DACA students, although she acknowledges that shortly after Trump announced that the program would expire, Dartmouth College President Phil Hanlon sent a school-wide email labelling DACA’s continuation a “moral imperative and a national necessity.”

According to the school, its “admissions and financial aid policies do not consider domestic applicants’ immigration status,” while illegal immigrant students receive support from several departments on campus.

[RELATED: Dartmouth to spend $145 million on diversity and inclusion]

“For the administration, the encouragement of alumni participation in Homecoming traditions has never been a purely nostalgic act but rather a way to solicit donations,” she asserts, later charging readers to “not forget that we are celebrating Homecoming on stolen Abenaki land, a fact that the College continues to ignore while the administration claims this land as our home.”

She also complains about the “privileged complacency” of students and alumni who “blindly celebrate school pride while ignoring the harm this institution has committed and continues to perpetuate,” adding that she has a plan to assist illegal immigrants.

“Since [DACA] students would no longer be work-study eligible [after the program’s expiration], the Office of Financial Aid must replace the student contribution of current DACA recipients with financial aid,” she suggests. “Furthermore, the President’s Office and the Financial Planning and Budget Office must transparently provide legal fees for students and family members who are under threat of deportation."

Additionally, she argues that college security and local police should refuse to cooperate “without question, in any shape or form,” with immigration authorities.

“This Friday, refuse to run around the bonfire,” she implores students and alumni at the end of her piece. “For once, we should let the old traditions fail.” 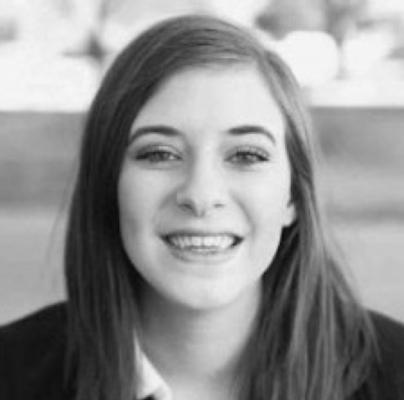