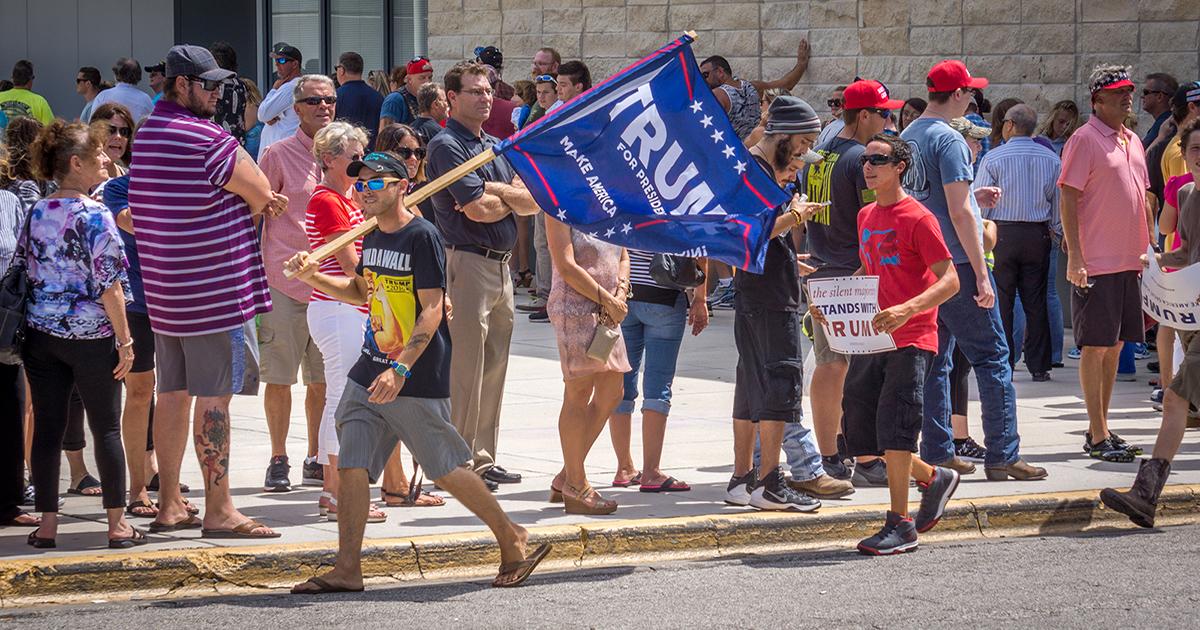 A Princeton University professor is seeking submissions for a project she has dubbed “Trumplandia” in order to document “the impact of Trump’s presidency on the world.”

Professor Carolyn Rouse has asked anyone “from around the world” to contribute “any textual, visual, or audio evidence” of “a social phenomenon related to Trump’s presidency” that they encounter using an online submission form housed on Princeton’s website.

"We will examine conspiracy theory...and racial identity politics in light of ‘Trump-ist’ politics."

“This project began two days after the 2016 US Presidential election of Donald Trump. The changes promised by the president-elect to ‘make America great again’ were authoritarian and racist,” Rouse states when explaining her motivation for the project, listing many of the issues she has with Trump, such as his promise to “lock Hillary Clinton up,” “build a wall,” and “take away people’s health care.”

Rouse vows that submissions to her “Trumplandia” project will serve as her only source of news for the next four years, citing a frustration with the “terrible” news media “in the run-up to the election.”

The material she collects, Rouse predicts, will highlight “the inevitable disenchantment with a conspiracy-theorist turned president” since “the working class whites who voted for him would see their wages stagnate and possibly drop.”

Indeed, she presents it as a foregone conclusion that “not only would the wages and jobs not return to depressed areas of the country,” but also that “school funding in poorer districts would evaporate and health care disappear” as a result of Trump’s administration.

“To quell the disenchantment, Trump might take the United States to war,” she asserts provocatively, though she clarifies that this would likely be “a staged war not unlike Reagan’s invasion of Grenada in 1983.”

Meanwhile, Princeton will be offering a freshman seminar titled “Trumpland,” with the course description noting that “students will contribute to and draw upon the resources in the new ‘Trumplandia’ project.”

The course description explains that students will discuss the factors that contributed to Trump’s victory in the Rust Belt, including “America’s deindustrialization, white identity politics, nationalism, populism, and a new ‘post-truth’ relationship with the media.”

“We will examine conspiracy theory, rural atomization, truth claims, and racial identity politics in light of ‘Trump-ist’ politics, and seek to chart its path forward in an increasingly destabilized political terrain,” it adds, suggesting that the course “will introduce students to critical theory on race (especially whiteness), conspiracy, authoritarianism, and democracy.”

UPDATE: Rouse explained to Campus Reform that her "website is an honest attempt to understand what is going on," noting that she "interviewed Trump supporters in rural America in the summer of 2016."

"We had a great time. No anger, rage, or diametrically opposed points of view. We agree a lot more than we disagreed," she added, saying she would "absolutely want submissions by Trump supporters or conservatives who are not Trump supporters," so long as they are "respectful, honest, and ethnographic."