University of Pittsburgh researchers used aborted babies from a local hospital, grafting the babies’ scalps to mice and rats for an immunology study.

Researchers took the scalps and engrafted them over the rodents’ rib cages to create “humanized rodents.”

University of Pittsburgh researchers obtained the bodies of aborted babies from a local hospital, grafting the babies’ scalps to rodents for an immunology experiment.

The study attempted to cause “successful co-engraftment of human skin, autologous lymphoid tissues, and autologous immune cells” with mice and rats in the interest of providing “a means of studying the human immune response to infection in the human skin.” 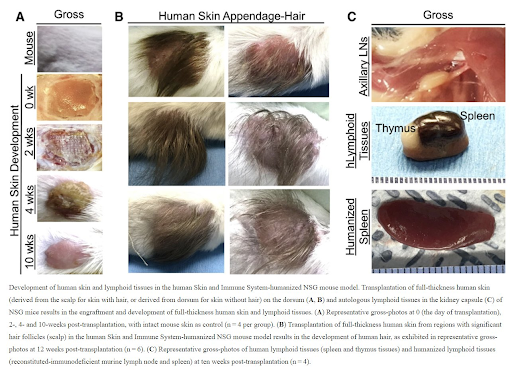 Researchers took “full-thickness human fetal skin” and engrafted it over the rodents’ rib cages, where the skin had been previously removed.

Over 75 percent of the procedures were successful for ten weeks or longer.

The study clarified that “the use of de-identified human fetal tissues to construct humanized rodents was reviewed and approved” by the University of Pittsburgh’s Institutional Review Board.

The babies used in the study were aborted “at the gestational age of 18 to 20 weeks.” In the second trimester of pregnancy, babies develop facial features and attain the ability to suck their thumbs, yawn, stretch, and make faces.

[RELATED: Pro-life students say they were egged while praying outside Planned Parenthood]

Created Equal External Affairs Assistant Lexie Hall told Campus Reform that “it is completely immoral to kill children and use them for a scientific experiment.”

“That disgusts me,” said one UPitt freshman in response to the study. “They should at least have a little bit of respect for babies that were already wrongfully deprived of a life.”

“That is absolutely horrendous,” said another. “The fact that our tuition is being used for this study is a complete misuse of the money that should be funding our education. Especially with a complicated issue such as abortion, they should definitely be more conscientious.”

University of Pittsburgh spokesman Kevin Zwick told Campus Reform that the research was meant to “improve medical scientists’ ability to develop new treatments for infections that cause illness and death for more than 100,000 people every year.”

Campus Reform reached out to the researchers for comment; this article will be updated accordingly.