Peacefully protesting pro-life students said they were egged while protesting the opening of a new abortion clinic.

Students protesting the opening of a new abortion clinic in Illinois allege they were violently attacked and egged while peacefully kneeling.

An estimated four hundred pro-life individuals gathered at the new Planned Parenthood facility in Waukegan to protest the clinic’s recent opening. The protest captured the interest of citizens, including many young people, across Illinois and nearby Wisconsin.

Many pro-life groups were in attendance, including Crusaders for Life and different chapters of Students for Life of America.

Crusaders for Life is a group of young adults, mostly teenagers in high school and college, who are passionate about the pro-life cause and devote much of their time to volunteer their time protesting abortion.

Students for Life is a group of similar motivations, with chapters on many college campuses across America.

Members from the Crusaders for Life and Students for Life groups said that as they stood and knelt peacefully beside the Planned Parenthood, praying, they were interrupted by pro-choice activists who arrived at the scene and started pelting the students with eggs.

These incidents don’t discourage most pro-lifers; however, they only make their passion for the cause stronger.

“Opening another Planned Parenthood is bad enough for all those who will be hurt by the violence of abortion,” McHenry County college SFL member Mia Widham told Campus Reform. "But throwing eggs at the peaceful pro-life protesters is just adding violence on violence.”

Widham said that while the egging was unacceptable, it “just goes to show that the pro-life movement is here to stay and here to stand for life, no matter what is thrown our way.” Her conviction was echoed by a member of Lake County College SFL who wished to remain anonymous.

“I saw the eggs and it made me really sad that someone would do something like that, a little upset even…” the student said.

The student believes that the community should respond by reminding the pro-life community that, “These things still happen, we need to be prepared in case they happen, and pray for those who take part in such terrible actions. Maybe stay a little further from the curbside.”

“This violence against pro-life activists who take a stand for innocent human life is unfortunately not uncommon. Most striking, however, is the perseverance and joy of the students involved,” Illinois Director of Students for Life Sarah Minnich told Campus Reform.

Despite being harassed and berated for their beliefs, Minnich explained that students did not retaliate but continued to pray.

“Pro-life students are told not to return the anger and violence of pro-abortion activists that react to the pro-life message. These student leaders embody the beauty of life by praying for the perpetrators and continuing to stand up for life,” Minnich said. 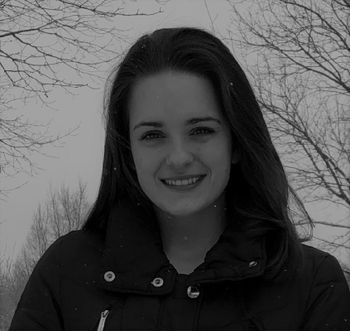