Oklahoma Wesleyan University has signed on to a lawsuit against the Obama administration’s sexual assault guidelines, claiming the federal standards violate the due process rights of students.

The Foundation for Individual Rights in Education (FIRE), which promotes civil liberties on college campuses, announced Monday that OKWU has joined a federal lawsuit filed by FIRE in June, making it the first institution of higher learning to officially challenge the government guidance since it was first issued in April 2011.

The controversial “Dear Colleague” letter (DCL), published by the Department of Education’s Office for Civil Rights, imposes weak standards for evidence and punishment of students in sexual assault cases, requiring only a “preponderance of the evidence” to determine guilt, rather than the “beyond a reasonable doubt” standard used in court.

The lawsuit contends that the OCR disregarded the Administrative Procedure Act by stripping colleges of their right to comment on mandates, such as the DCL, that directly affect them. The APA standard is intended to ensure that law-making remains the exclusive purview of Congress, rather than unelected bureaucrats.

Dr. Everett Piper, President of OKWU, underscored the importance of due process rights in a statement announcing the school’s decision to join the lawsuit, arguing that “students should have the legal right to avail themselves of local law enforcement without their petition being compromised by the intrusion of an OCR-mandated committee of amateurs that contravenes the due process and confidentiality of the legal process.”

Lamenting that “the Department of Education used Title IX as a pretext to suddenly and unilaterally change the law—imposing a one-size-fits-all mandate which essentially requires colleges to negate the constitutional rights of our students,” Piper vowed that “Oklahoma Wesleyan is committed to protecting our students and their legal rights,” saying, “this mandate is an infringement upon those rights and on the privacy of mainly the young women with whom we have been entrusted.”

FIRE notes that while its experts have spoken with “numerous campus administrators nationwide who express frustration that the DCL has impeded their ability to afford accused students due process,” OKWU “has distinguished itself by being the only university in the nation willing to stand up in defense of institutional autonomy and the principles of fundamental fairness and due process.” 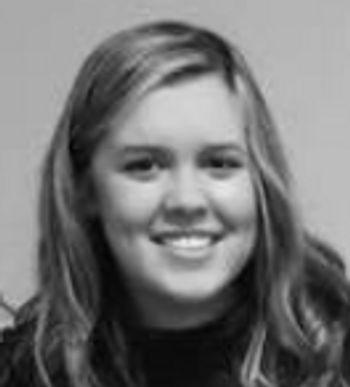 Reagan McCarthy is a Web Editor at Townhall Media. Previously, she was a contributing writer for Red Alert Politics and a Pennsylvania Campus Correspondent for Campus Reform. Reagan graduated from Penn State University.