Members of the University of California, Riverside’s College Republicans chapter were threatened and harassed for holding a “#MAGA Monday” event on campus last week.

Members of the group, wearing “Make America Great Again ” hats, posted a photo of the event on Facebook, instantly sparking backlash and threats of violence.

"Instead of wanting to ‘smack’ us, ask us questions."

Joseph Avila, former assistant news editor for the school’s newspaper, went so far as to suggest that the hats signify support for white supremacy, sarcastically asking the group to explain “the difference between Nazi armbands and those MAGA hats.” 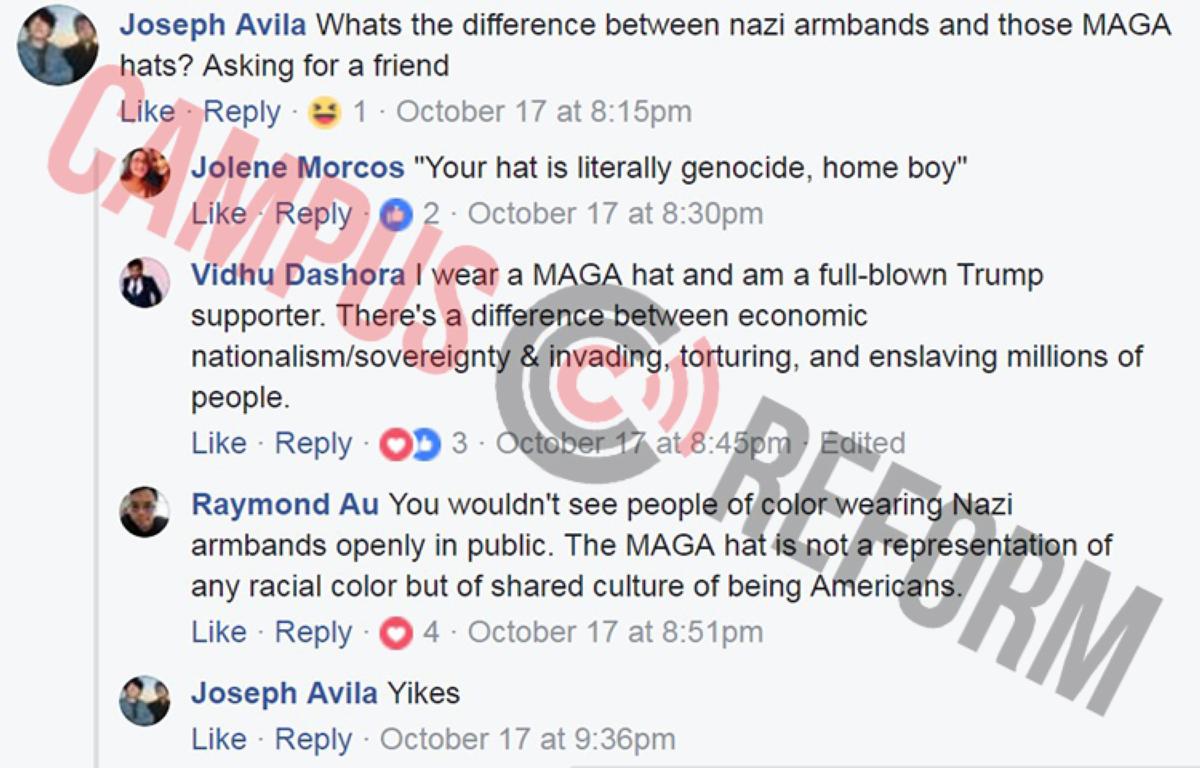 “The Republican group on campus really has the audacity to wear their MAGA hats right in the middle of campus,” one student observed on Twitter, with another noting that “if they were alone they would not wear them,” which is why “you haven’t seen them around until now in a stand as a group lol.”

“s2gOT let me see onE MORE PERSON WEARING A MAGA HAT ON CAMPUS SOMEONE IS GONNA GET SMACKED,” another Twitter user threatened,  pointing out that “WE'RE LITERALLY IN RIVERSIDE THIS SH*T MAKES NO SENSE.” 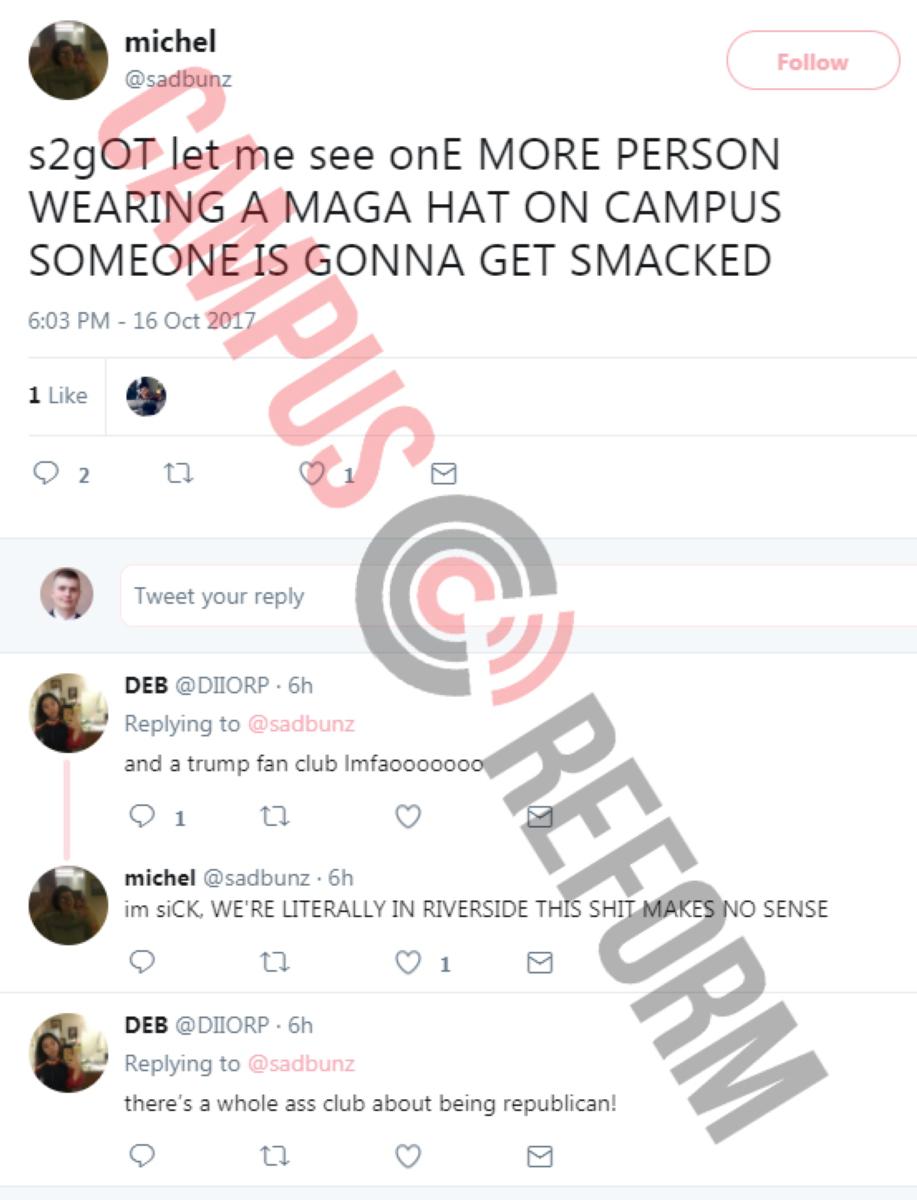 “Just saw some sick f**k wearing a MAGA hat and shirt on campus lmao y'all don't f***ing learn do you. YOU GO TO UCR B*TCH ACT RIGHT. lmao I was about to be late to class and honestly I'm not tryna get kicked out for beating up a wack b*tch,” one student proclaimed, with another calling the College Republicans “disgusting” and saying they “need to go.”

The event was organized in response to a recent incident on campus in which College Republicans member Matthew Vitale had a MAGA hat ripped off his head and yelled at by a classmate who claimed the hat “represents genocide.”

“The idea really came from the incident where I got my hat stolen,” Vitale explained. “Our club has been relatively quiet until that incident showed us just how desperately UCR needs free speech. Ideally, free speech should be what Americans can rally around regardless of political ideology.”

According to Vitale, many college students “don’t believe in free speech,” and want to “silence people just because their feelings are hurt.”

“That isn’t the way this country works,” he added, vowing to host “#MAGA Monday” every week despite the aggressive backlash.

Similarly, Jorges Flores, internal vice chair of the College Republicans, told Campus Reform that after last Monday’s event he has concluded that “freedom of speech is the number one cause to fight for in UCR.”

“Instead of wanting to ‘smack’ us, ask us questions. Ask a minority, which we have a lot of, why they support our president,” Jolene Morcos, another member of group, added. “College is for you to expose yourself to different ideas and to get challenged with new views; they are robbing themselves of that.”