Students at the University of Florida have repeatedly vandalized advertisements for a pro-life event on campus.

The school’s Young Americans for Freedom (YAF) chapter was advertising an event featuring former U.S. Treasurer Bay Buchanan for an event on abortion and feminism Tuesday night, which it has been advertising for since Sunday.

"Yet another example of the left using ad hominem attacks instead of civil discourse."

However, several of the advertisements have been vandalized, in some cases with students even admitting to the vandalism.

In one video obtained by Campus Reform, an unidentified student can be seen walking away with a sign belonging to the YAF club as one of its members attempts to ask for an explanation.

“Why did you tear down our sign? Why do you think it’s okay to take other people’s property?” she asks, though the vandal simply smiles and proceeds to walk away with the sign, which apparently accused Margaret Sanger of a racial eugenicist.

In another instance, a chalking advertising Tuesday’s event was washed away, with a student later admitting to the act.

“Just poured water on your lovely creations, which are an insult to my entire major and life experiences,” student Myles Lopez wrote in a Facebook message to Daniel Weldon, YAF chairman. 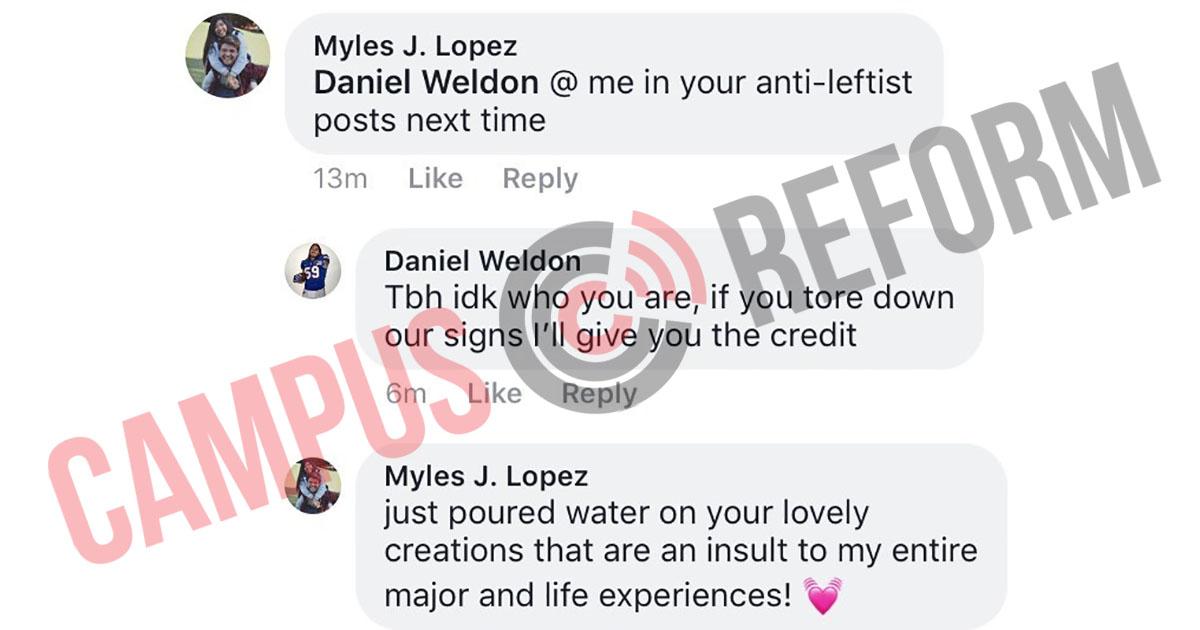 “There is nothing evil about defending the rights of the unborn and voiceless,” YAF commented in a statement, responding to yet another instance in which a student called their views evil. “Yet another example of the left using ad hominem attacks instead of civil discourse.”

Assistant Vice President for Public Affairs Janine Sikes, who was unaware of the incident, instead called the pro-life chalkings an act of vandalism, since doing so on campus property is “prohibited by university policy.”

“Posters or signs, regardless of topic, may be placed in areas designated for posters or signs otherwise they may be removed,” she elaborated. “Individuals tabling are free to hand out fliers.”

Weldon, however, responded by alleging that the public university repeatedly turns a blind eye to chalking for other events and organizations, saying the policy is rarely enforced.

Sikes later corrected herself, telling Campus Reform that she had been informed that “chalking is not considered vandalism since it doesn’t cause damage. It can be washed off.” 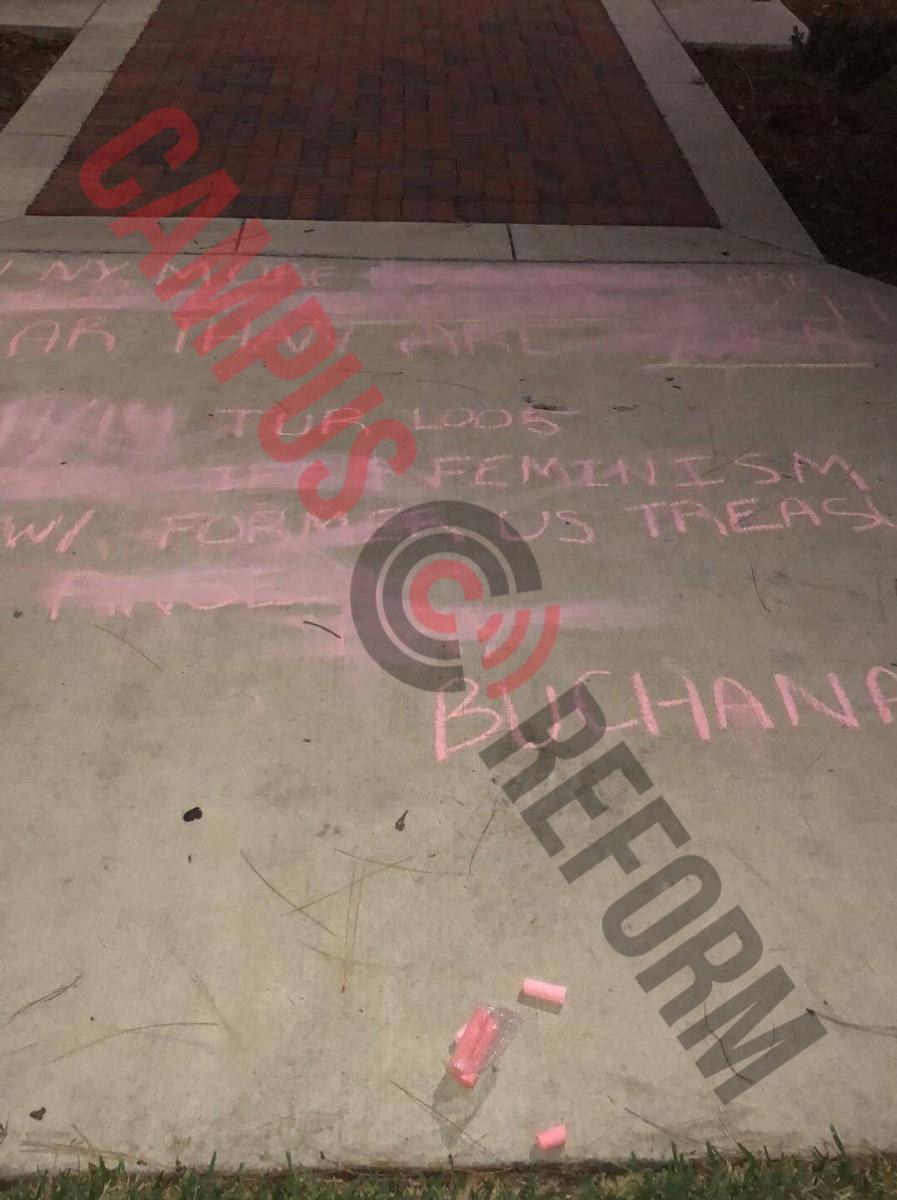 When asked if either the removal of the chalk or destruction of the club’s signs constituted vandalism, the university declined to comment, instead saying “no complaint has been made.”