A University of Illinois graduate instructor was arrested for assaulting two students during an anti-Trump protest Thursday, stealing the phone of one student and throwing it on the sidewalk.

Tariq Khan is a PhD candidate at the university and has taught courses such as “Constructing Race in America” and “U.S. Gender History since 1877.” He is also involved with various anarchist and communist organizations including Black Rose Anarchist Federation and Antifa, in addition to working with the undergraduate socialist students. 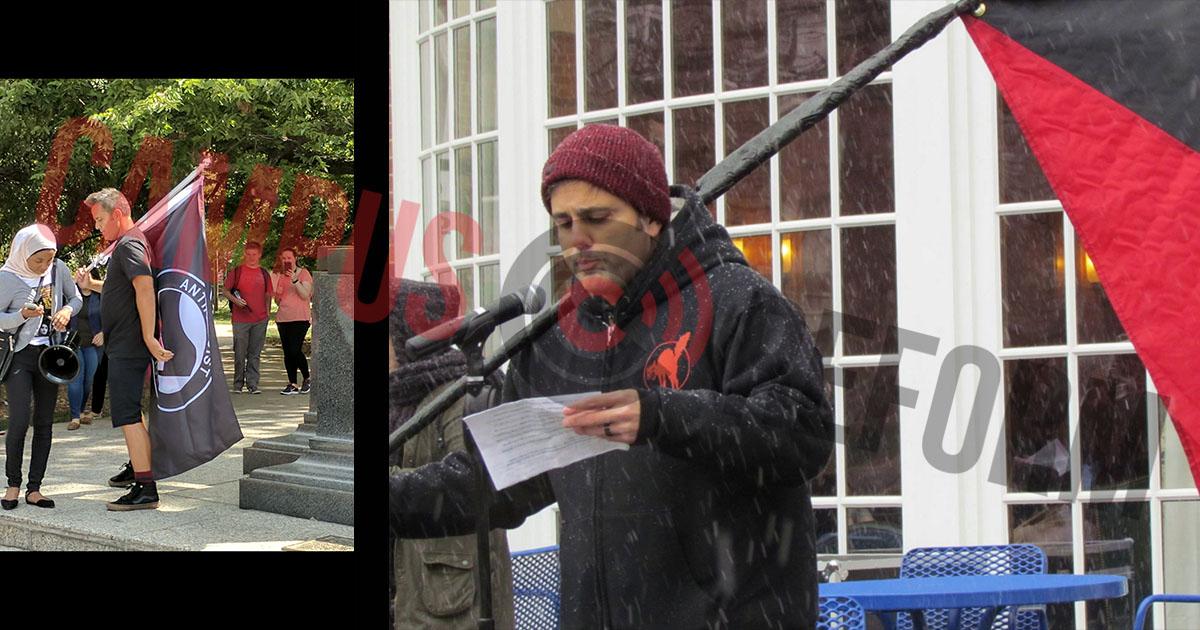 The event Thursday began as a demonstration to air grievances about President Trump one year after his election. Khan spoke to students, urging them to resist the president’s agenda and fight fascism, but when his speech targeted Turning Point USA members on campus, conservative students who were present took notice.

Joel Valdez, executive board member and campus activism coordinator for TPUSA, asked, “Don’t you have anything better to do? Don’t you have kids?” Khan immediately charged from the Alma Mater statue and accused Valdez of threatening his children.

In video of the altercation obtained by Campus Reform Khan is seen intimidating and confronting two students: throwing a punch at one and stealing and destroying Valdez’s cell phone.

The incident has been reported to University of Illinois police, and Khan was placed under arrest and issued a notice to appear to appear in court for criminal damage to property, with police valuing the cell phone at $700.

This violent altercation comes three weeks after Khan aided the campus student government in shutting down the university’s homecoming parade for including a float celebrating the school’s former mascot “Chief Illiniwek.”

Andrew Minik is an Illinois Campus Correspondent, and reports liberal bias and abuse on campus for Campus Reform. He studies accountancy at the University of Illinois at Urbana-Champaign, where he serves as Treasurer for Turning Point USA. He is piloting programs for the Atlas Society called "No Banned Books" to bring the literature of Ayn Rand into the classroom as well as an art exhibition exploring censorship on campus.