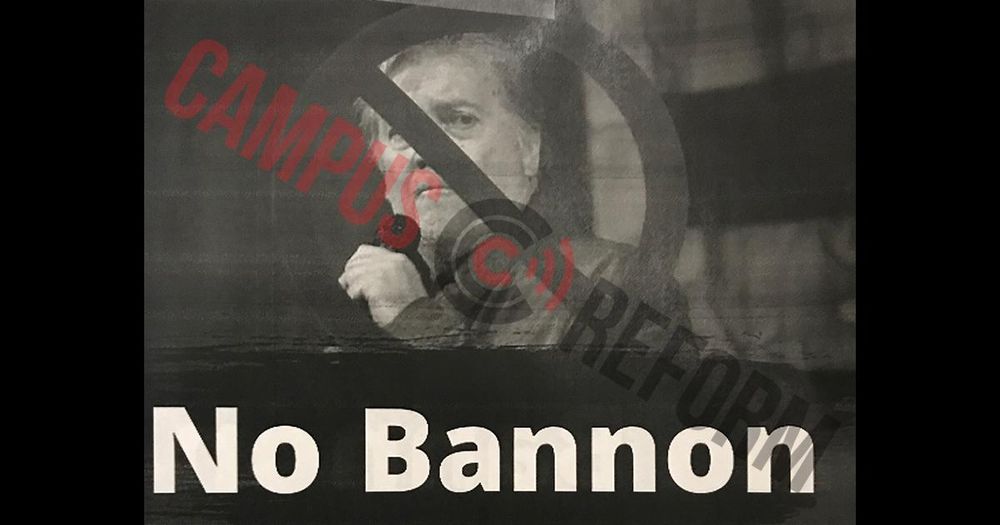 Students at the University of Chicago are putting on “teach-ins” to challenge their school’s commitment to freedom of speech in the wake of Steve Bannon’s upcoming appearance on campus.

Three student organizations, the University of Chicago Young Democratic Socialists of America, UofC Resists, and the UChicago Socialists, recently hosted the first of two teach-ins, called “No Bannon: More than Freedom of Speech.”

The February 16 event, hosted at a nearby Unitarian church, featured a group of panelists who spoke out against the Bannon invite and criticized the university’s mission to uphold freedom of speech as nothing more than a way to promote “white supremacy ideology.”

“I am also deeply troubled by the university’s administration’s response to student, faculty, staff, and alumni concerns and their performative commitments to freedom of speech and diversity on campus,” Arianna Gass, one panelist at the teach-in, stated, criticizing Professor Luigi Zingales for extending the invite.

“I speak to this because I feel Zingales and the university administration fail to understand the  meaningful difference between reasoned debate and probable violence spurred on by the white supremacists and ultimately genocidal thinking,” Gass continued, according to recordings obtained by Campus Reform.

“I am disheartened by the university's commitment to providing Bannon a platform without protecting the rights of those without administrative power,” she continued.

Another panelist, graduate student Cosette Hampton, agreed with Cass, suggesting that the university uses freedom of speech to “spread propaganda.”

“I think what we're getting at here is using the...the use of freedom of speech essentially as a way to spread propaganda, and historically it's also been, you know, depending on what kind of propaganda this university wants to put forward,” she stated, noting that she saw “a lot of the same type of aggression from the administration” during the Trump campaign.

Zingales, however, continues to defend the invite, explaining that while he personally disagrees with Bannon, he thinks that America’s problems won’t be solved “by demonizing those who think differently.”

“I can hardly think of a more important issue for new citizens and business leaders of the world than the backlash against globalization and immigration that is taking place not just in America, but in all the Western World,” he wrote in a blog post. “Whether you agree with him or not (and I personally do not), Mr. Bannon has come to interpret and represent this backlash in America.”

Zingales went on to explain that he invited Bannon “to debate on these issues” with faculty members.

“I firmly believe that the current problems in America cannot be solved by demonizing those who think differently, but by addressing the causes of their dissatisfaction,” he concluded. “Hate cannot be defeated by hate, but only by reason.”