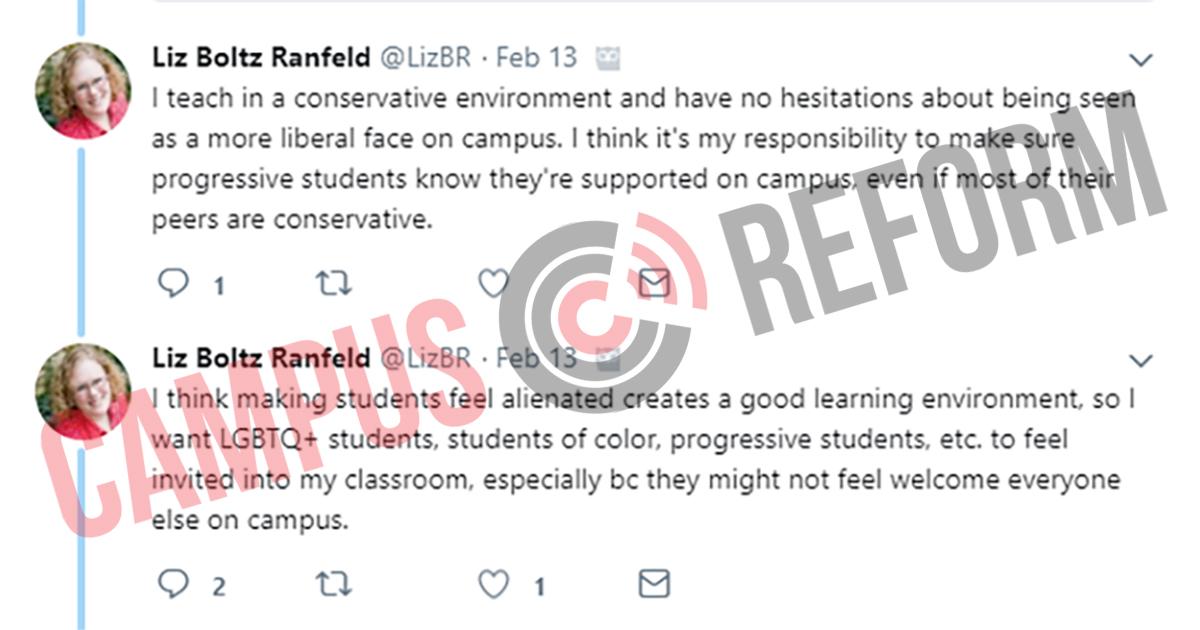 An Anderson University professor recently compared conservative students to white supremacists, suggesting that there is “so much overlap between their beliefs.”

In a February 13 Twitter rant, English Professor Liz Boltz Ranfeld begins her “thread about teaching college during the Trump presidency” by asserting that “politics and social issues are present in every humanities classroom, regardless of whether or not they're named and/or part of the syllabus.”

[RELATED: Event on ‘white supremacy’ organized in response to Shapiro]

Ranfeld goes on to note that she is a “more liberal face” in a “conservative environment,” saying that she finds herself responsible for making “sure progressive students know they’re supported on campus, even if most of their peers are conservative.”

She makes clear that she doesn’t “want to alienate conservative students, either,” and tries to find “common ground between the two sides,” often using “white supremacy” as an issue all students can agree on.

“I have conservative students who believe that in order to be a Republican, they have to get on board with Trump's agenda and rhetoric,” Ranfeld concludes. “It's exhausting, and it constantly feels like there is so much at stake. Because there is.”

Ranfeld told Campus Reform that “the original Twitter thread offers clarity and context” in response to requests for elaboration.