University admin forced out over affiliation with gun-maker

A university administrator was recently pressured into resigning from her senior-ranking position or walking away from her spot on the board of a top gun manufacturing company.

St. Thomas University’s new chief financial officer, Anita Britt, drew criticism in the wake of the tragic Parkland, Florida high school shooting when it was publicly noted that she sat on the board of American Outdoor Brands, formerly known as Smith & Wesson Holding Corporation.

"I came to the conclusion that St. Thomas was being associated with gun violence and that was not an image I thought was good for the university."

According to The Miami Herald, University President Franklyn Casale had initially defended Britt’s affiliation with the organization, saying it provided her “the opportunity to participate in helping the company achieve its objectives of making our communities safer.”

However, Casale later changed his mind after facing increased pressure from the public as well as the school’s faculty forum, which passed a resolution disagreeing with his original stance.

“I came to the conclusion that St. Thomas was being associated with gun violence and that was not an image I thought was good for the university,” Casale told the Herald, noting that he had “advised Ms. Britt that she needed to make a choice of either resigning her role on American Outdoor Brands, or her role as CFO at St. Thomas University, but that she could not continue on both.”

“Ms. Britt informed me this afternoon that she has decided to resign her position at St. Thomas University,” he commented on Tuesday, with Darrell Arnold, vice chair of the faculty forum, saying he was “pleased to hear the news.”

“It never should have happened to begin with,” Arnold added, suggesting that Britt should have been prevented from ever joining American Outdoor Brands, which manufactures a version of the controversial AR-15.

Additionally, a petition calling for Britt’s ouster had collected more than 300 signatures as this article went to press, though it does not specify whether the signatories have any affiliation with the university.

“Ms. Britt, we know this is not what you signed up for!” the petition declares, noting that Britt joined American Outdoor Brands just eight days before the Parkland shooting. “As members of these communities, and the greater public, we urge you to end your association with a company that profits from making and selling the AR-15 style rifles used in numerous school shootings and mass shootings across America!” 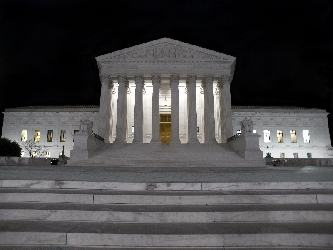