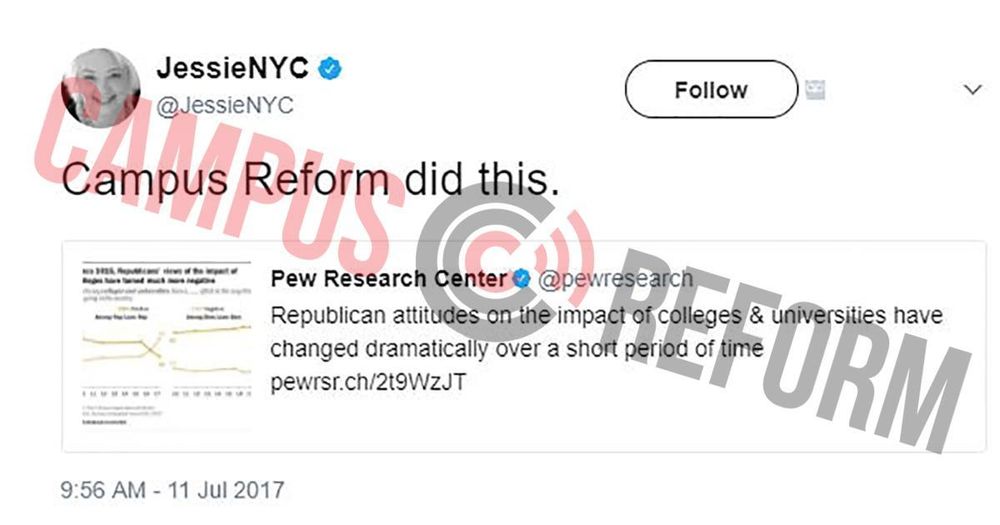 An overwhelming majority of university presidents believe that “the perception of liberal political bias” is one of the factors behind declining public support for higher education.

According to the 2018 Inside Higher Ed Survey of College and University Presidents, published last week, “thirty-one percent of presidents believe perceptions of liberal political bias are very responsible for declining support for higher education, with another 55 percent saying that factor is at least somewhat responsible.”

Additionally, an even larger majority of university presidents point to growing concerns over degree affordability and “whether higher education prepares students for careers” as the primary factors that are responsible for the image of higher education.

“Thirty-nine percent of presidents believe concerns over whether higher education prepares students for careers are very responsible for declining views of higher education,” the report continues, “with another 56 percent saying such concerns are somewhat responsible.”

By contrast, researchers found that the university presidents do not attribute declining public image of colleges and universities to a failure to accommodate low-income students.

Despite acknowledging that perceptions of liberal political bias could be causing a decline in public support, not all university presidents share conservative concerns about higher education.

According to the survey, “45 percent of presidents strongly agree and 32 percent agree they are worried about Republicans’ increasing skepticism about higher education,” while about “two-thirds strongly agree (21 percent) or agree (44 percent) that perceptions of colleges as places that are intolerant of conservative views is having a major negative impact on attitudes about higher education.”

Likewise, the top school administrators “are slightly more likely to strongly disagree or disagree (39 percent) than to strongly agree or agree (32 percent)” with the perception “of colleges as places that are intolerant of conservative views.”