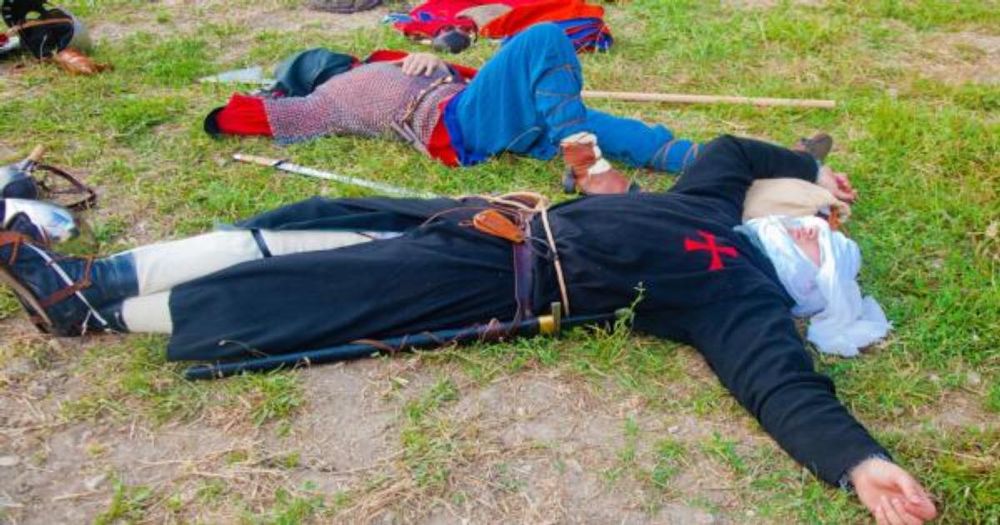 After a month of indecision, the College of the Holy Cross has decided to cease using a Christian knight as its mascot despite a Board of Trustees decision to retain the “Crusader” moniker.

Students first voted to adopt the Crusader name in 1925, replacing two concurrently-used Native American symbols, and later changed the name of the student newspaper from The Tomahawk to The Crusader in 1955.

That same paper found itself in the crosshairs of renewed efforts to change the nickname during a student-led forum last March, but this time due to concerns that the “Crusader” name is offensive because the same title is also used by a newspaper published by the KKK.

The students, spurred to outrage by a letter-to-the-editor signed by 48 faculty members, also complained that the newspaper's name promoted “Islamophobia” and argued that the 2016 election necessitated a change in both the paper’s name and the college’s mascot—also the Crusader.

The mascot’s defenders, however, pointed out the historical reality that the Crusades were a conflict between expanding Muslim empires and declining Christian powers that had already been fighting each other over land for centuries, arguing that the contemporary inclination to disparage the Crusaders overlooks the fact that both sides committed atrocities.

The school’s president, Fr. Philip Boroughs, nonetheless announced in September that he “had convened a working group” to explore whether “the Crusader moniker and mascot are appropriate, or inappropriate, representations of the college, given our mission, values, and identity.”

Shortly thereafter, The Crusader’s editors revealed that the publication would also be conducting a review of its own name, a process that culminated on February 2 in a decision to permanently change its name to The Spire.

In so doing, the editors explicitly denied that the name change was motivated in any way by the KKK publication, saying the decision was based solely “on the association with the violence of the Crusades.”

One day later, after hearing the working group’s report, the Board of Trustees decided to continue using the Crusader name, acknowledging that while the Crusades were “among the darkest periods in Church history,” the college considers its students and staff “Crusaders for human rights, social justice, and care for the environment; for respect for different perspectives, cultures, traditions, and identities; and for service in the world, especially to the underserved and vulnerable.”

In a video accompanying the announcement, Boroughs explained that the college would “assess” how this understanding aligns with “the ways in which we depict” its Crusader identity, stating in another letter that the administration had assessed “all visual representations of the Crusader, to ensure they align with our definition of what it means to be a Holy Cross Crusader.”

Boroughs reported that “the visual depiction of a knight, in conjunction with the moniker Crusader, inevitably ties us directly to the reality of the religious wars and the violence of the Crusades.”

“This imagery stands in contrast to our stated values,” Boroughs concluded. “Over the coming months, the College will gradually phase out the use of all knight-related imagery.” In its place, Holy Cross will now use an “interlocking HC on a purple shield” and retire its “costumed mascot.”