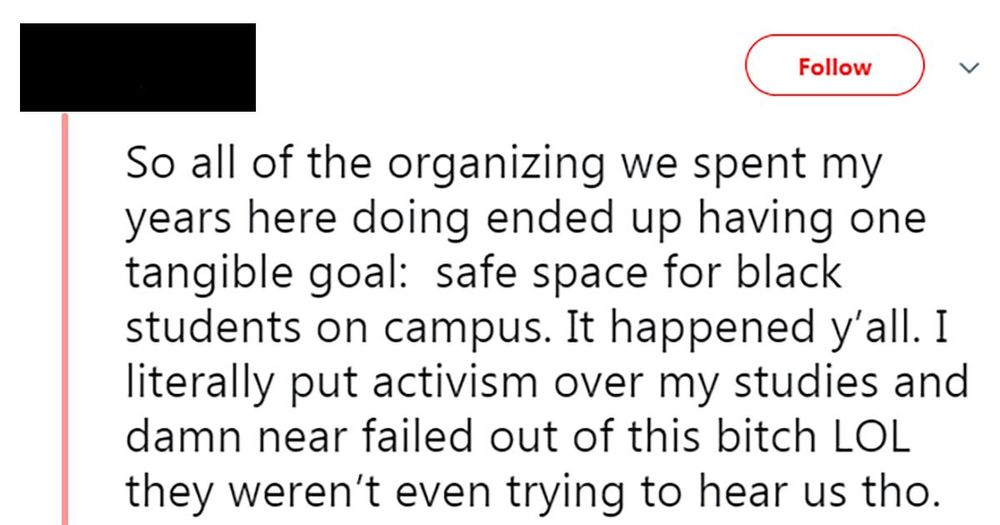 Following the permanent suspension of a Washington University in St. Louis (WUSTL) fraternity, the school is converting the newly-vacant fraternity house into a “safe space for black students.”

In February, an AR-15 rifle and a handgun were found in the WUSTL Phi Delta Theta fraternity house and a nearby vehicle respectively, prompting the permanent suspension of the organization from campus, and opening up a vacancy in fraternity House 5.

“These ‘brotherhoods’ have done nothing but occupy valuable space and make the University feel unsafe for many,” Wallace asserted, arguing that “In order to remediate the damage they have caused, Washington University should convert fraternity housing into living spaces for minorities and women.”

Naming several prominent universities with “spaces for students of color,” Wallace advocated that WUSTL take the “bold and necessary step in standing up to the white, male supremacy that is fraternities and giving space to minorities and women.”

“The past was only white and male, the future is diverse. Wash. U.: don’t be on the wrong side of history again,” Wallace concluded.

According to Student Life, other student leaders have been working towards re-assigning fraternity House 5 to black students for the 2018-2019 school year, including student Ahmani Simpson, who began the “Black House Movement” in 2016.

On March 20, Chancellors White and Wild officially redesignated fraternity House 5 for black students only, though Simpson and other students had already been gloating on social media the day before that their efforts to establish a Black House were successful.

“So all of the organizing we spent my years here doing ended up having one tangible goal: safe space for black students on campus. It happened y’all. I literally put activism over my studies and damn near failed out of this bitch LOL they weren’t even trying to hear us tho,” Simpson tweeted alongside a video of Black Lives Matter activists chanting, “You can’t stop the revolution!”

[RELATED: UF dorm to serve as ‘counterspace grounded in the Black experience’]

“I was let down by administration, peers, professors all that and I let the dream go. But we a family and my other peers took the burden and wrote and talked and yelled,” Simpson continued, adding, “And BOOMBITCH WE GOT A BLACK HOUSE! Lol I’m happy,” and “We been working since the black manifesto my n***a!” in other tweets respectively.

“WashU is turning the Phi Delt house into a Black House... I just... wow,” WUSTL student Cheyenne Love wrote in a Facebook status. “Reaparations,” another student wrote in the comments, to which Love responded, “say it!”

Campus Reform reached out to Simpson and WUSTL Residential Life, but did not receive a response from either.