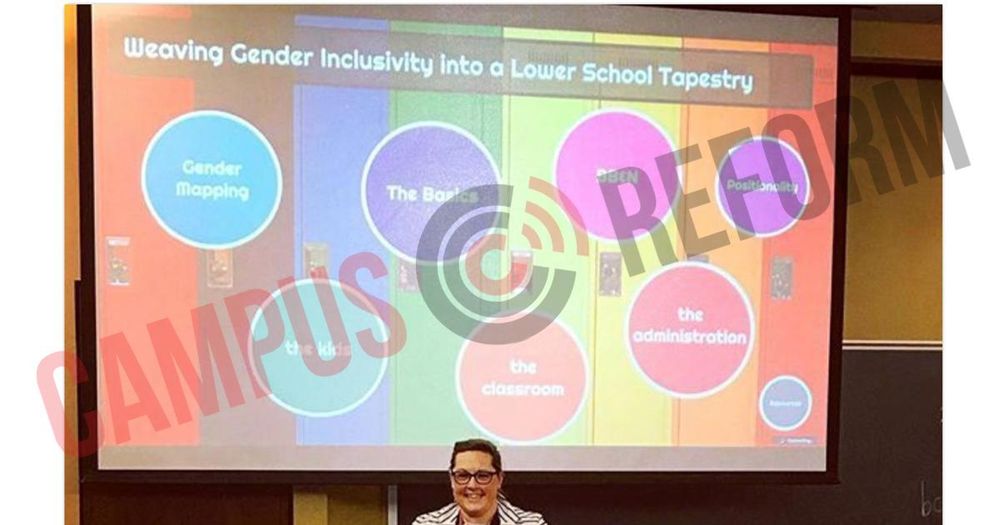 A recent three-day “TRANSforming Gender Conference” included several workshops on introducing children to the topic, such as one on “queer storytime.”

The conference, hosted by the University of Colorado at Boulder’s Gender and Sexuality Center, featured keynote speakers like YouTuber Kat Blaque, who “playfully refers to herself as ‘intersectionality salad’ as she embodies various identities and experience,” according to the conference website.

Other keynote speakers included ACLU attorney Chase Strangio, who counts Chelsea Manning among his former clients, and a college professor who is also a local transgender activist.

[RELATED: Chelsea Manning to speak on ‘ethics of public service’ at UCLA]

The subject of his keynote address was “We Just Need to Pee: The Trans Body in the Political Legal Realm,” wherein he explored “the development of a trans rights discourse and the way in which our political and legal strategies have situated trans bodies in precarious ways that will have long-term negative health consequences for all trans people, particularly non-binary people.”

In addition to the three keynote addresses, 60 workshop sessions were held, including several geared towards educating children and youth on transgender issues.

One such workshop, titled “Raising Four Children on the Gender Spectrum,” featured a guest speaker who told “the story of how her eyes were opened about gender issues by her gender non-conforming child.”

“What do you do when your child asks to be treated as a member of a different gender from the one they were assigned at birth?” the workshop description asks, noting that the facilitator would “talk about how she educates other parents and children alike on raising children on the gender spectrum.”

[RELATED: University offers guide on ‘talking to kids about whiteness’]

Another emphasized the importance of “gender inclusivity” in elementary school, with the workshop description stating that its aim is “to provide a framework that looks to increase student’s, educator’s, and school staff member’s understanding around the basics of gender,” while brainstorming “ways to introduce the gender spectrum to students.”

“The focus will be on breaking away from the binary and embracing the gender spectrum, where there is room for all to exist,” the description states, while a similar workshop focused on “creating k-12 schools that are affirming of gender diversity.”

According to its description, the session was “designed for anyone working to support and advocate for greater inclusion of gender-diversity in K-12 schools.”

[RELATED: Profs warn of ‘dire consequences of microaggressions’ in K-8]

“The presenter will share current research on the barriers and facilitators for trans and non-binary students at school as well as model policy language and promising practices that can inform school and classroom-level changes,” it continued.

Yet another workshop geared towards teaching children about LGBT issues introduced participants to “three fabulous picture books about trans and two spirit characters and their friends and families” while “making cute rainbow bookmarks to take home.”

The conference also featured a “Pronoun Defense” workshop exploring strategies for “self-defense” in response to improper pronoun use.

Campus Reform reached out the the conference organizers for comment, but has not received any response.

Follow the author of this article on social media: Matthew Penza and @mpenza19