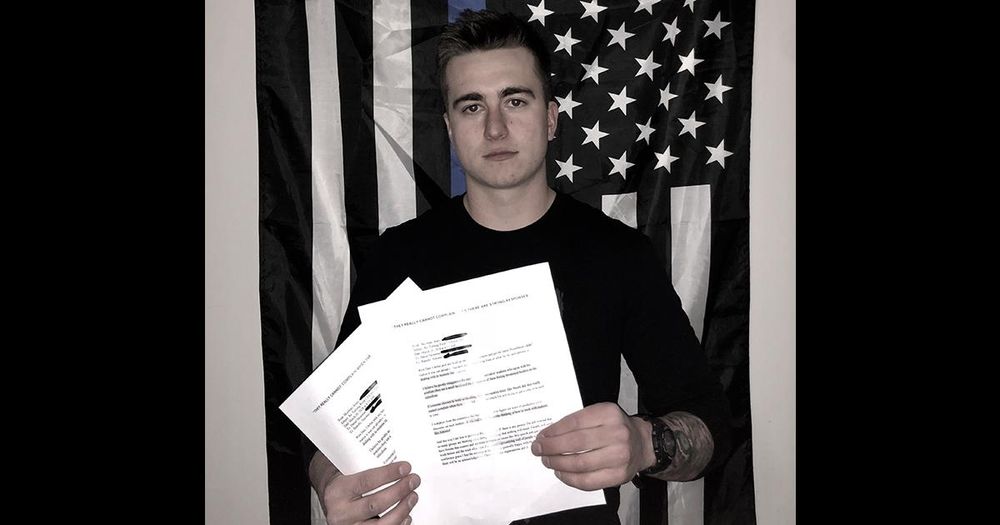 Zachary Butler, a junior studying political science, told Campus Reform that he is under investigation after posting 600 flyers on campus depicting an email exchange in which a Siena College professor called conservative students “miserable” to work with.

As Campus Reform reported, Siena College professor Jenn McErlean sent an email on March 20 announcing that she had quit the school’s committee on civil discourse because the thought of working with conservative students was “making me miserable.”

Though Butler was not involved in the initial email chain, he told Campus Reform that the school’s lack of response to this incident—and the broader climate of hostility against conservative students—deeply concerned him.

“So in order to keep the dialogue going, I took it upon myself—with the help of a friend—to post 600 copies of that email all over campus,” Butler said, adding that all 600 flyers were posted overnight on March 22.

Eleven days later, on April 2, Butler was served a “Notice of Charges” that claimed his flyering efforts have “adversely [affected] the health, welfare, and/or safety” of campus community members "or the name and/or reputation of the College," and that he also violated the school’s posting policy.

While Butler agrees that he violated the posting policy, he refutes the charge that merely posting flyers negatively impacted the “health, welfare, and/or safety” of his fellow students and professors.

“What I would like to know is how my peaceful protest of posting screenshots of an email that was already publicly available around campus in any way adversely affected the health, welfare, safety, or reputation of this institution,” Butler told Campus Reform.

If Butler is found guilty, his sanctions could include anything from suspension, expulsion, withholding of his degree, probation, a fine, his parents being notified and possibly a transcription notation, according to the school’s Student Life Handbook.

Siena College declined to comment on Butler’s case to Campus Reform, citing FERPA, a federal privacy law that protects the educational records of students over 18. Butler will meet with the Office of the Dean of Students on Monday April 9 at 2:00 p.m. local time.

“Depending on the information received at the time of the meeting and/or during further investigation, the College reserves the right to dismiss charges and/or bring additional charges against you,” explained the “Notice of Charges” email sent to Butler.

Despite that potential sanctions include expulsion, Butler was not notified of any right to legal counsel. If he denies responsibility for any of the two charges, Butler will be expected to present exculpatory evidence, and a verdict will be rendered based on the often-criticized “preponderance of the evidence standard.”