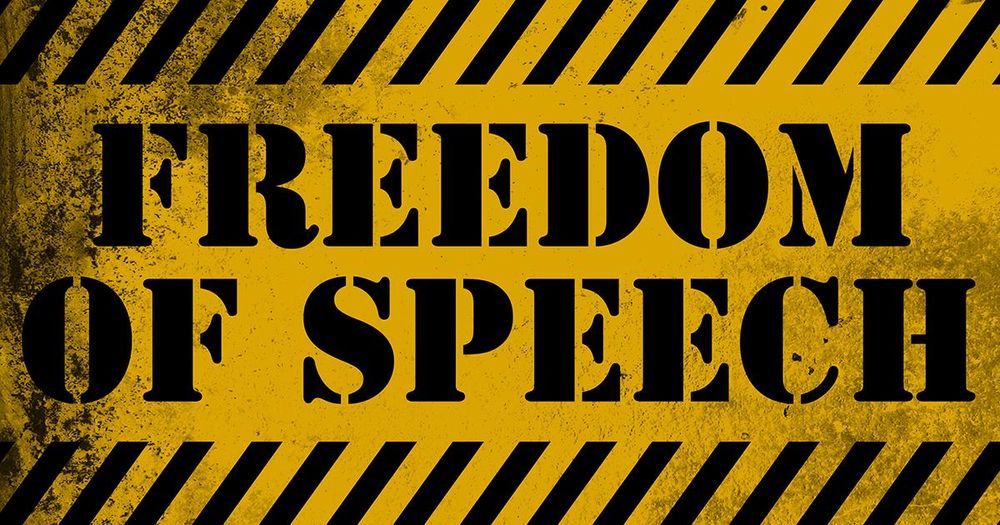 University of New Mexico students who are entering a free speech zone on campus are now being cautioned by a large trigger warning billboard outside of its perimeter.

According to Students for Life of America (SFLA), the sign was discovered by one of the group’s members who visited the university last week for a “We Care” display erected by the school’s SFLA chapter.

Images obtained by SFLA show a large sign proclaiming “Free speech zone ahead,” below which it warns students that “topics discussed may be uncomfortable or controversial.” Additionally, the sign explained that “the topics and opinions discussed are those of private individuals and not the University of New Mexico.”

A spokesperson for UNM told SFLA that the sign was erected as part of a new policy requiring such billboards for any display erected by a student group, but denied that they are “trigger warnings.”

Earlier this month, however, Ryan Lindquist, the director of the Student Activities Center, told The Daily Lobo that the signs do, in fact, serve as a “trigger warning” to students who may wish to avoid a controversial area on campus.

“Those signs were put there basically as a trigger warning for people who may be uncomfortable with the content that is being discussed,” he explained, elaborating that “those signs give people an opportunity to avoid or find a detour...to get around those spaces if they don’t want to engage in that type of event. We look to protect our students and the right to free speech.”

Lindquist added that the school “uses its ‘Free Speech Zone’ signs for non-departmental and non-University sponsored events occurring on campus,” saying the warnings “are assisting UNM staff in conversations with our students around our free speech and First Amendment responsibility.”

Despite the school’s claims, though, SFLA contends that the policy does not appear to be consistently applied, and that some signs differ in content from others.

“For example, the hair-cutting event, which turned out to be a recruiting event to get students to sign up for the sexual assault awareness It’s On Us campaign, had a different warning, and actually used the word ‘trigger warning,’” the group explained.

Other displays set up on campus that day, meanwhile, were devoid of such cautionary disclaimers, including a table for a Sign Language club and a homebrewing club.

According to SFLA, this inconsistency is problematic not because sign language or brewing are controversial, but because it gives university administrators the power to determine which events are controversial and which are not.

“An event held by a Planned Parenthood group can be deemed to be about ‘women’s health’, while an event by Students for Life can be deemed ‘political’, and thus in need of warning signs,” the group pointed out.

“Universities can not arbitrarily single out some views for warning signs. In doing so, they prime students to avoid and be offended by certain topics,” said SFLA President Kristan Hawkins. “While groups should be free to put up their own warning signs, no school should impose on schools this extra tax on speech, by influencing students to avoid certain displays.

“Thanks to the U.S. Constitution, the United States is a free speech zone, something that school administrators should remember and respect,” she added.

The University of New Mexico did not immediately respond to Campus Reform’s request for comment.