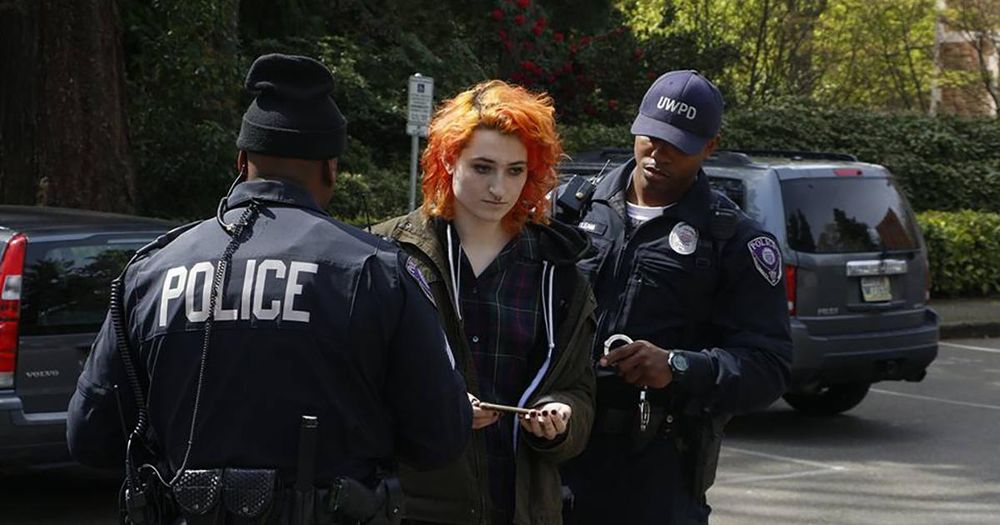 A University of Washington student was arrested Wednesday for throwing paint on College Republicans members who were promoting a pro-gun panel the club was hosting that night.

Diodato Boucsieguez, the CR group’s director of outreach, told Campus Reform that several local Antifa supporters were filming his group for about 20 minutes earlier that day for doxing purposes.

He also recalled seeing an individual with bright orange hair watching him through the grass behind the table for several minutes before approaching and dousing the students with paint.

“[The] individual walked around from my left and splashed my pants, our club banner, and other club materials with black paint,” he said. “Additionally, the school’s table and canopy were splashed with the paint.”

The perpetrator proceeded to take a picture of the vandalism before fleeing the scene, Boucsieguez noted, adding that several minutes later he called the police, who found and arrested the suspect outside the school’s Husky Union Building after about 15 minutes of searching.

The following day, another activist attempted to prevent passing students from seeing the pro-gun panel promotion by laying down across the CR’s table and pretending to take a nap.

Victor Balta, a spokesperson for the University of Washington, condemned the vandals’ actions and told Campus Reform that the results of the police investigation will be forwarded to the King County Prosecutor for further action.

“Every student and member of our community has a right to peacefully express themselves without fear of intimidation, which is why actions like this that are clearly intended to stifle those rights are wholly unacceptable,” he said.

“We have protocols and policies in place to address issues of harassment, including intervention by UWPD,” Balta continued. “As with all students and organizations that face harassment, the university is taking appropriate action to protect the community and our commitment to the free exchange of ideas.”

Boucsieguez, however, claims that his group is used to such treatment on campus, pointing out that former CR president Jessie Gamble was harassed by Antifa for attempting to bring a conservative speaker to campus. Boucsieguez noted the Antifa harassers never faced repercussions, stressing that one of them was even given a research position at the university.

In a statement to Campus Reform, the UW College Republicans stressed that they hope to see actionable legal consequences for the protesters involved in the latest round of campus vandalism.

“We believe that political violence against free speech has no place in our great American republic,” the club said. “UWCR has a long track record of defending Free Speech and we intend to continue that by pressing charges and seeing that justice is served.”

Hannah Blair is the Communications Manager for ProActive Communications, where she served as campaign consultant for Donald J. Trump for President Inc. Formerly, Hannah was the Program Manager for Campus Reform. Prior to joining the Campus Reform team, Hannah co-founded an anti-sex trafficking nonprofit and directed interfaith leadership programs in the West Bank. Her work has appeared on The Hill, Fox News, Fox Business, Christian Broadcastin…