Nikita Vladimirov Correspondents Editor @nikvofficial on May 01, 2018 at 12:33 PM EDT 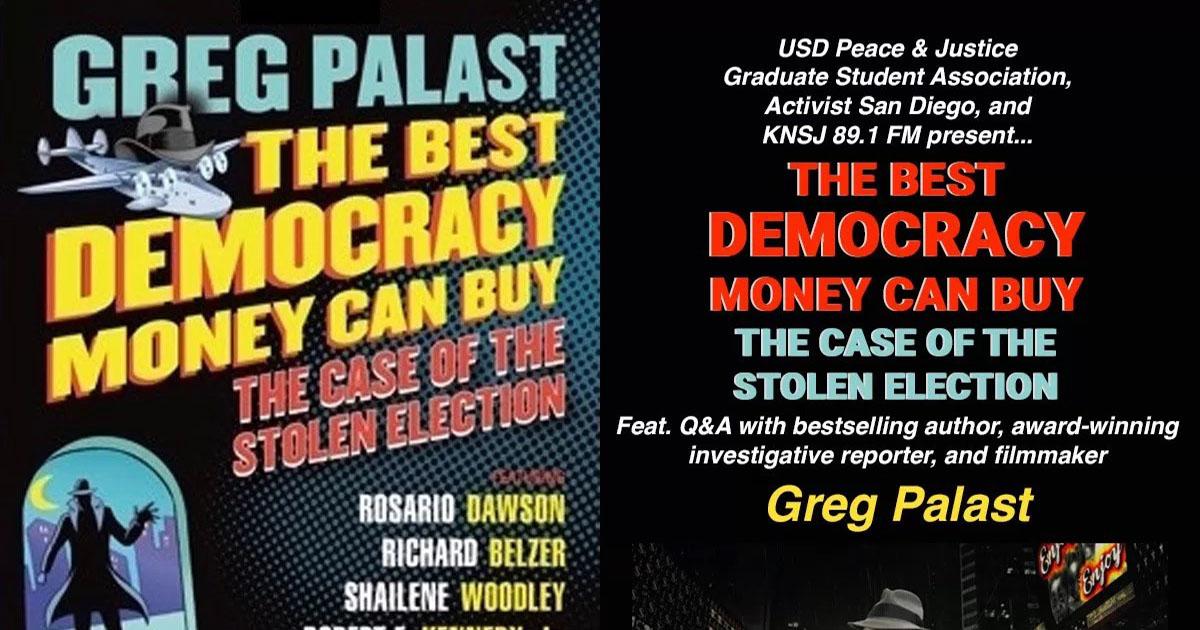 The University of San Diego’s Kroc School of Peace Studies is slated to host a screening of a political film that claims to examine “the case of the stolen [2016] election.”

The screening is touted as an update to the 2016 film The Best Democracy Money Can Buy by investigative journalist Greg Palast, who also boasts of exposing how Jeb Bush stole the 2000 election for George W. Bush.

"...the story of the investigation of the theft of the 2016 election—It's a crime still in progress—and a hunt for the very rich guys behind the crime."

“Join me on Tuesday, May 1 at 6pm at the University of San Diego for the SoCal premiere of the #TrumpStoleIt update of The Best Democracy Money Can Buy: The Case of the Stolen Election,” Palast wrote on his website.

According to the event description, the screening will be co-sponsored by the USD Peace & Justice Graduate Student Association, Activist San Diego, and KNSJ Radio Network for Social Justice.

“In September 2016, before US Presidential Elections, Palast released his movie...based on his New York Times bestselling books, predicting Donald Trump’s election,” the organizers of the event wrote on Facebook. “The film was a smash hit and continues to be shown all around the US as well as being used by grassroots activists as an organizing tool to fight voter suppression.”

According to the trailer for the film, Palast will present the findings of his research into alleged voter fraud, arguing that there may have been a “scheme” to suppress the votes of “innocent people.”

“Is there really a gigantic conspiracy of one million Democrats to vote twice, or is it a massive scheme to take the votes of a million innocent people?” Palast says in the trailer, later adding that the film is “the story of the investigation of the theft of the 2016 election—It's a crime still in progress—and a hunt for the very rich guys behind the crime.”

This is not the first time that the journalist has accused the Republicans of allegedly stealing the presidential election for themselves.

On his personal website, Palast also notes that his reporting “exposed how Katherine Harris and Jeb Bush purged thousands of Black voters from Florida rolls to steal the 2000 election for George Bush.”

The Kroc School of Peace Studies did not immediately return Campus Reform’s request for comment.