Student reported to police for talking about concealed carry 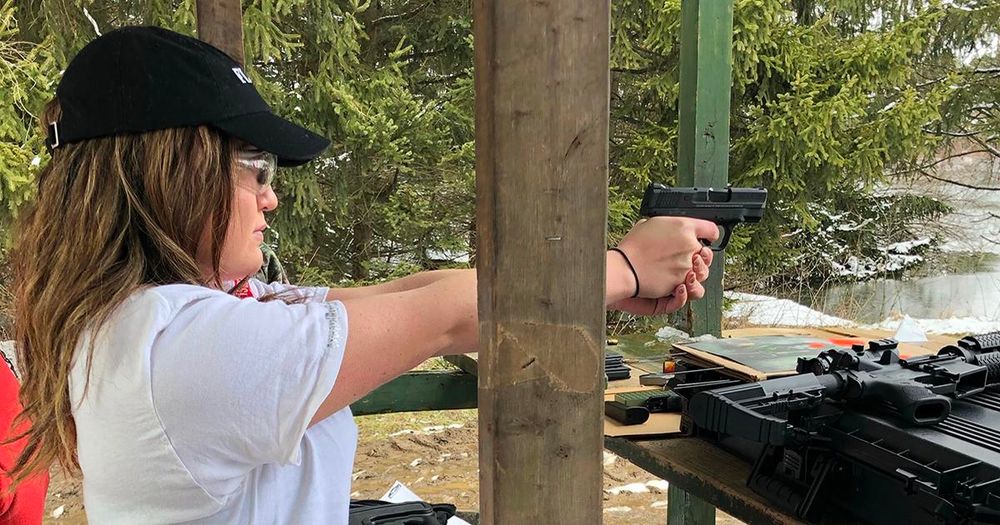 Leandra Westbrook, a junior at Kent State University, claims she was wrongfully detained by campus police after students overheard her talking about her concealed carry license.

Westbrook, a junior studying political science, told Campus Reform that she had a phone conversation with a friend on the afternoon of April 27, during which she lamented “how it is a shame that I cannot carry a gun on campus, considering I have my carry license.”

Student cadet officers overheard Westbrook’s conversation, and then reported her to campus police at approximately 12:00 p.m., according to a copy of the police report obtained by Campus Reform.

Then, just before Westbrook was slated to take a quiz for her anatomy class, police entered the lecture hall of 200 students and she was “removed from class and searched,” according to both Westbrook and the police report.

Though Westbrook understands that the officers were “just doing their jobs,” she maintains that that the student cadets reported her in bad faith.

“I do not believe they genuinely thought I was a threat, because I specifically said I had a license to carry,” Westbrook told Campus Reform. “In the conversation I had, there was no way to misinterpret what I said, or to even suggest that I had a gun with me.”

She noted that she “would not be surprised if the student cadet who reported me was targeting me for being pro-Second Amendment,” adding that she’s historically faced harassment and vague threats from her peers due to her conservative beliefs.

As the former Vice President of her campus’s Turning Point USA chapter and a board member of the school's Students for Life chapter, Westbrook says she’s well-known as a conservative, and she thinks it’s possible that the cadets who reported her knew that.

After police removed her, Westbrook recalled that she “was too shaken up and disturbed to return back to class.”

Days later, she met with the school’s Dean of Students to sound the alarm about the ongoing harassment she has faced, only to be told that nothing can be done.

Now, Westbrook says she has decided to “take matters into my own hands,” declaring that “I’ll be reporting the people who harassed me to the police, as well as the student cadets who reported me for having a gun for falsifying a report, as they said that they heard me say I had a gun and was afraid to get caught with it, which is not true.”

She did, however, say that she plans to wait until final exams are over to file the report, so as not to interfere with anyone’s study schedule.

“My main concern is that people are not being held accountable for their actions,” she explained. “Their words don’t bother me, but if I was to say something like that to them, my guess is it wouldn’t be tolerated by the university.”

[RELATED: Student hauled in for questioning over ‘Come and Take It’ flag]

In addition to reporting those students, Westbrook said she also plans to start a concealed carry club at Kent State.

“My hopes are to teach people about gun safety and the gun control laws we already have in place, because a lot of people who speak on the subject are very uneducated [about gun laws],” Westbrook added.

Campus Reform reached out to Kent State University for comment, but did not receive a response despite repeated requests.