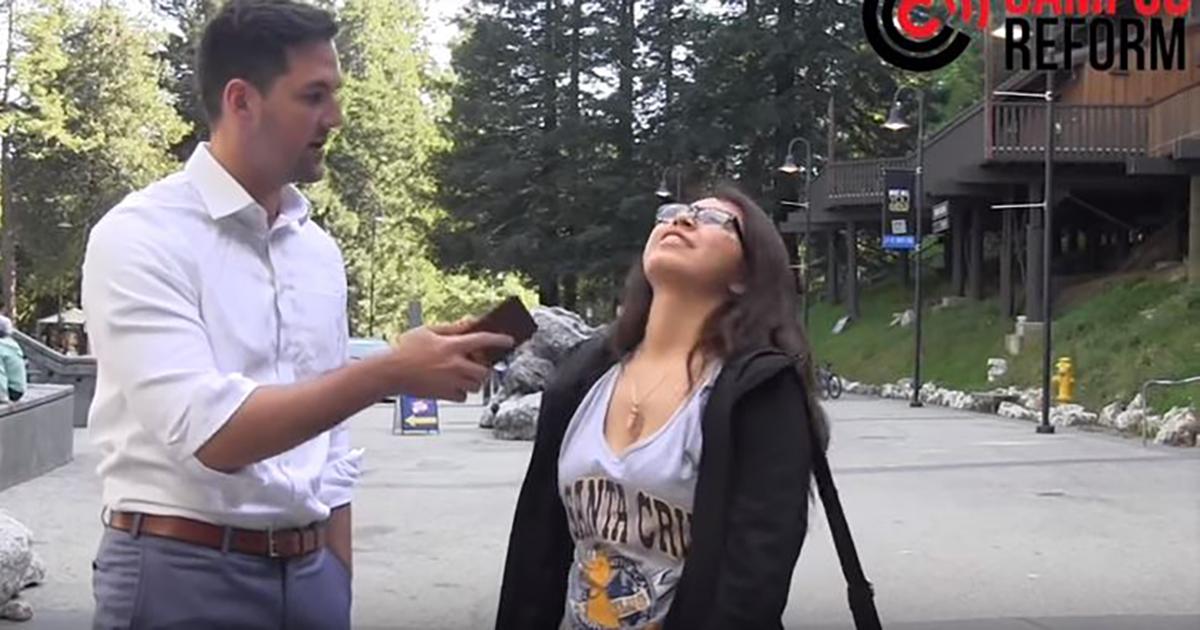 Students at UC Santa Cruz were quick to shoot down the idea of President Trump winning the Nobel Peace Prize, but had no such qualms about Barack Obama winning the prize in 2009.

Since his election in 2016, President Donald Trump has made clear his willingness to use force against North Korea and leader Kim Jong Un if they were unwilling to denuclearize and come to the negotiating table.

"It’s just too good of a prize for him to have credit for."

This month, North and South Korea came together for historic peace talks aimed at bringing an end to the decades long conflict, and supporters of President Trump were quick to claim he deserves credit for his role in fostering peace in the region.

Since the breakthrough, some have even argued that Trump deserves consideration for the Nobel Peace Prize. But what would college students think?

I headed to the University of California, Santa Cruz to find out what students think about President Trump’s role, and whether they think he deserves consideration for the Nobel Prize.

After speaking with numerous students throughout the afternoon, it became abundantly clear: they do not think he deserves any such award.

“Hell, no; that’s a joke. What has he done for peace?” offered one student, while another added, “No. I feel like he just thinks that he deserves many awards.”

“It’s just too good of a prize for him to have credit for,” declared a particularly enthusiastic student.

Next, I decided to ask if they thought President Obama deserved the same award, which he won in 2009. The students passionately, and almost unanimously, agreed that he did.

However, most were speechless when asked to describe what Obama did to earn the award.

Watch the full video to see their responses: