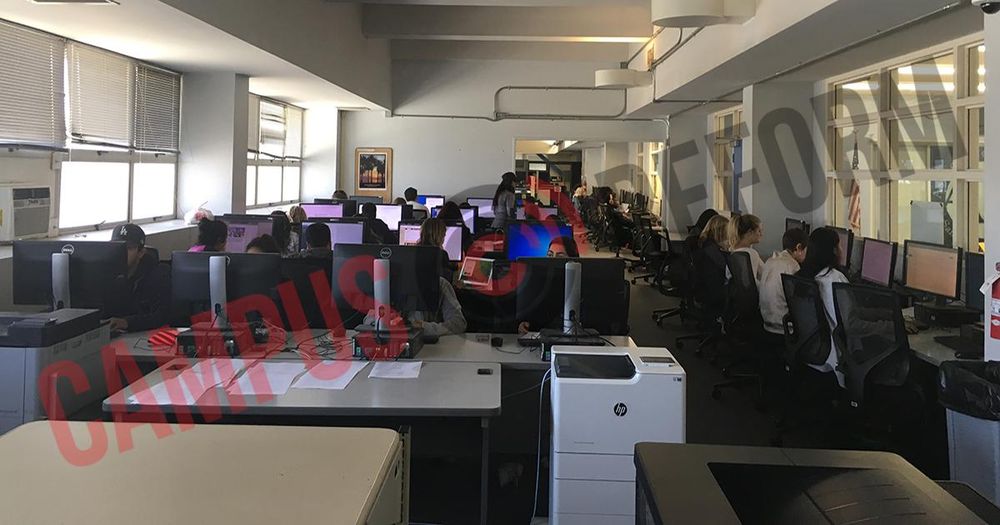 Trending
Could not load trending articles
Toni Airaksinen | Columnist at PJ Media
Wednesday, May 16, 2018 7:35 AM

Santa Monica College has indefinitely shelved plans to turn a computer lab into a “safe space” for minority students, Campus Reform has learned.

As Campus Reform reported in November, SMC at the time was moving forward with a $60,000 plan to renovate one of the school’s few computer labs into a “safe space for Undocumented Students, DACA students, LGBTQ+ community students,” and others.

While the plan was initially approved by student government in November, student Ben Kolodny, who is also a Campus Reform correspondent, led the resistance effort on campus, penning a petition against the safe space that racked up more than 350 signatures.

“The Santa Monica College Associated Students [is attempting] to replace the Cayton Center Computer lab with a Social Justice Center and Safe Space on Monday the 24th,” Kolodny warned last November. “This will be a huge waste of student resources.”

“If a safe space is necessary, then other accommodation should be found. It is morally wrong to take a program as valuable as the Computer Lab from all of us while at the same time using the student fees that we all paid to do so,” the petition added.

Kolodny also appeared on Fox News, pointing out that it is “absolutely ridiculous that we're spending $500,000 of people's money...on something they [LGBTQ students] themselves don't want."

Though a school spokeswoman told Campus Reform last November that SMC was moving forward with the plan, the renovations were put on hold some time shortly thereafter.

Campus Reform followed up with SMC in February, and school spokeswoman Grace Smith said the plan had been tabled to a committee of administrations, but that no work had been done. Smith confirmed last Thursday to Campus Reform that plans are still on hold.

“The college has no updates at the moment,” Smith added.

“I think that Santa Monica College saving the [computer lab] as well as $500,000 of students’ money is a tacit admission of what I and other members of the opposition to the plan have been saying all along,” Kolodny said. “This plan was poorly thought out, pushed for the wrong reasons by the wrong people, was largely unpopular with the student body and should never have been passed in the first place.”

Campus Reform reached out to the SMC student government, which initially proposed the renovation plan to administrators, but did not receive a response in time for publication. This article will be updated if and when a response is received.