Nikita Vladimirov Correspondents Editor @nikvofficial on Jun 19, 2018 at 11:51 AM EDT 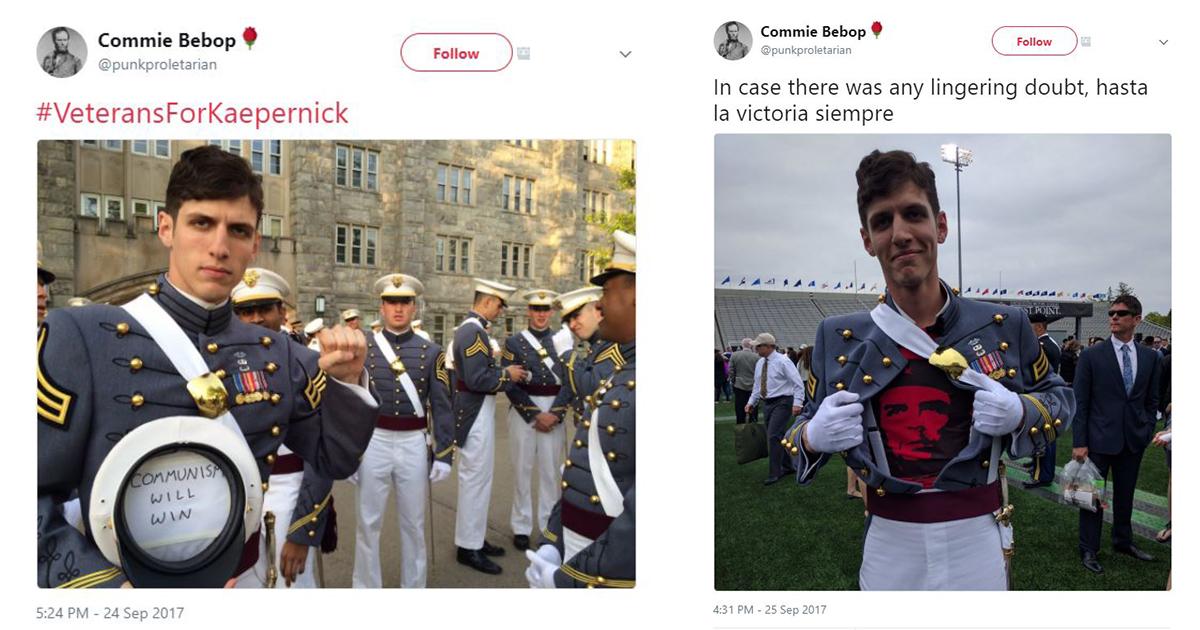 The West Point graduate who promoted communism in social media posts last year has officially been discharged from the U.S. Army.

According to Fox News, Spenser Rapone’s resignation was accepted Monday, and he will be leaving the military with an other-than-honorable discharge.

"While in uniform, Spenser Rapone advocated for communism and political violence, and expressed support and sympathy for enemies of the United States."

Rapone’s social media posts, including a picture of him wearing a Che Guevara shirt under his military attire, sparked outrage last year, with officials blasting the West Point graduate for his radical political activism.

“As figures of public trust, members of the military must exhibit exemplary conduct, and are prohibited from engaging in certain expressions of political speech in uniform,” West Point continued. “Second Lieutenant Rapone's chain of command is aware of his actions and is looking into the matter. The academy is prepared to assist the officer's chain of command as required.”

According to The Daily Caller, former Democratic congressman from Pennsylvania, Jason Altmire, who nominated Rapone for the elite military institution, also disavowed the former cadet’s actions, calling them “abhorrent.”

“While I strongly support the rights of American citizens to express their opinions, the actions of 2nd Lieutenant Rapone are abhorrent and appear to be in clear violation of the Uniform Code of Military Justice, in addition to being inconsistent with the values of the United States Military Academy,” the former lawmaker said last year. “I have no doubt that the U.S. Army will take appropriate action.”

“While in uniform, Spenser Rapone advocated for communism and political violence, and expressed support and sympathy for enemies of the United States,” Rubio said, as reported by Fox News. “I’m glad to see that they have given him an ‘other-than-honorable’ discharge.”

According to the news network, Rapone said that he “knew there could be repercussions,” to his actions and that his “military career is dead in the water.”

“On the other hand, many people reached out and showed me support,” he said. “There are a lot of veterans both active duty and not that feel like I do.”

"I would encourage all soldiers who have a conscience to lay down their arms and join me and so many others who are willing to stop serving the agents of imperialism and join us in a revolutionary movement," Rapone added.

Rapone also posted a picture on Twitter Monday showing him giving the middle finger to the sign outside Fort Drum, along with the caption, “One final salute.”