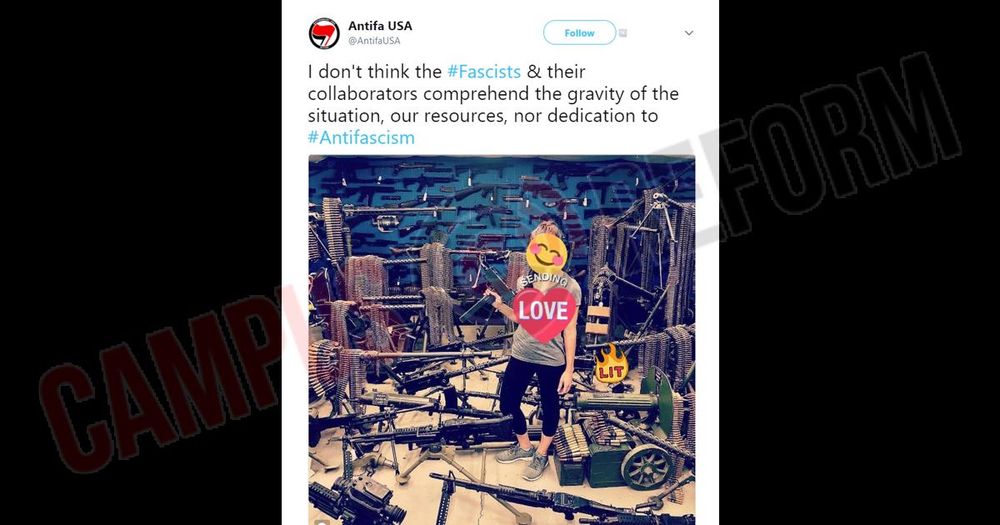 Antifa groups across the country are blasting a Republican bill targeting their preferred approach to political violence, calling the GOP lawmakers “fascists” for proposing the legislation.

The “Unmasking Antifa Act,” which was introduced in the U.S. House of Representatives on June 8, seeks to “provide penalty enhancements for committing certain offenses while in disguise, and for other purposes.”

[RELATED: Group has 'issues' with Marxism, but Antifa 'not terrorist']

“Whoever, whether or not acting under color of law, while in disguise, including while wearing a mask, injures, oppresses, threatens, or intimidates any person in any State, Territory, Commonwealth, Possession, or District in the free exercise or enjoyment of any right or privilege secured to him by the Constitution or laws of the United States, or because of his having so exercised the same, shall be fined under this title, imprisoned not more than 15 years, or both,” the bill reads.

The language ensures that violent agitators cannot avoid the extra penalty by simply waiting until their target is done actively demonstrating and then accosting them in retaliation for their earlier expression, as some Antifa groups have done in the past.

Numerous Antifa organizations have taken to social media to voice their disdain for the legislation, smearing lawmakers behind the initiative and even implying that violent resistance might be an appropriate response.

After the bill was was covered by mainstream publications in early July, “Antifa USA,” an activist group based out of Arizona, tweeted an image of what appears to be an Antifa member surrounded by an arsenal of military-style weapons.

“I don't think the #Fascists & their collaborators comprehend the gravity of the situation, our resources, nor dedication to #Antifascism,” the organization tweeted.

Similarly, other radical leftist groups took the opportunity to smear GOP lawmakers backing the initiative, warning that representatives who vote for the bill will be branded “fascists.”

“[T]he unmasking antifa bill was introduced to congress recently,” Young Democratic Socialists of America at University of Colorado tweeted on July 7. “[S]hould any representative vote for it they must clearly be branded as the fascists they are.”

While several Antifa chapters did not directly address the new legislative effort, some retweeted criticisms of the bill from popular left-leaning accounts and organizations.

“Pro-Trump NY Republican that opposed release of court transcripts in Eric Garner's murder investigation, is now pushing an ‘Unmasking Antifa’ bill that would land someone in prison for 15 years who ‘oppresses’ a neo-Nazi at a rally while wearing a mask,” It’s Going Down, a radical “anarchist” blog, tweeted on Monday, referring to Rep. Daniel M. Donovan, Jr. (R-NY).

The bill comes in response to waves of violent Antifa riots and protests across the country, many of which have consumed college campuses, usually in response to slated talks by conservative speakers.

In a statement to Campus Reform, Rep. Donovan said that the bill "expands upon long-standing civil rights statutes to make it a crime to deprive someone of Constitutionally-guaranteed protections while masked or disguised."

"Americans have the natural right to speak and protest freely; it is not a right to throw Molotov cocktails and beat people while hiding behind a mask," the lawmaker added.