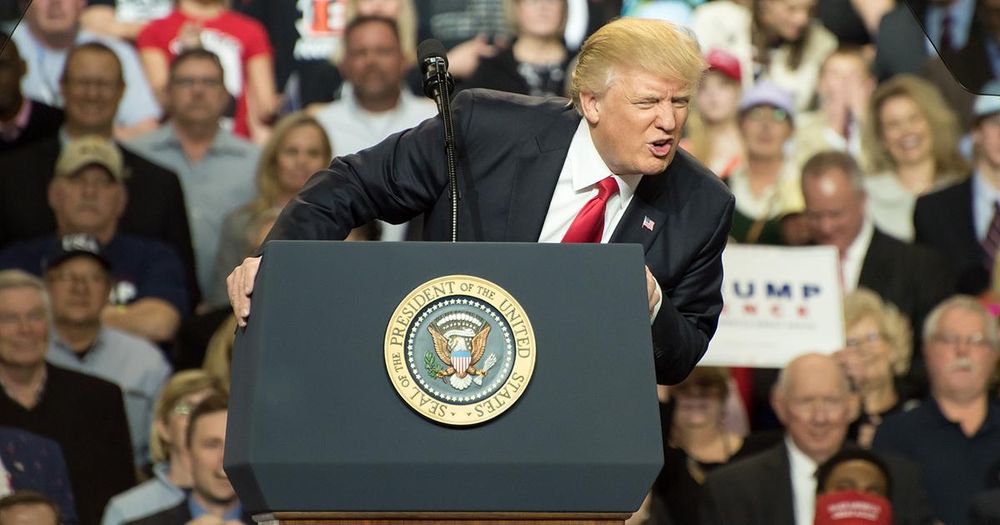 An English professor requires students to read books that claim the “Trump effect” should be “immediately and forcefully” challenged and label Trump supporters as prejudiced against immigrants, Muslims, and LGBTQ+ individuals.

Katherine Mack, who chairs the English department at the University of Colorado at Colorado Springs, has assigned anti-Trump material as required reading for her rhetoric course, which is a mandatory class for students majoring in “Rhetoric and Writing.”

The course, ENGL 4880 - “Topics in Public Rhetorics,” is described as the “advanced study of the rhetoric of a particular public issue.” The course description also notes that “issues, theoretical materials, historical moment, and readings” will “shift” as a specific topic is chosen for the course each time it is offered.

Campus Reform obtained a copy of Mack’s Fall 2018 syllabus, as well as photographs of the offending books, from a concerned student who wishes to remain anonymous.

The syllabus notes that “the political rhetoric of the 2016 election was particularly vitriolic and uncivil, and, according to many, even less grounded in objective truths than elections past.”

Mack summarizes the purpose of the course with a question adapted from the Roman teacher of rhetoric Quintilian, asking “What does it mean to be a good person who speaks and writes well?”

Mack also notes that the course, which qualifies as a “summit” course under the UCCS Compass Curriculum, fulfills the program’s goal of giving students “the tools for professional and personal success” after graduation.

The syllabus encourages students to “speak up if you feel ‘triggered’ by something someone is saying or doing,” and admonishes them to “never demean, belittle, devalue, or otherwise put down others for their comments, questions, experiences, or ideas.”

While Mack tells her students to refrain from belittling their classmates, her chosen reading assignments paint Trump supporters and conservatives as prejudiced, and depict those who share Trump’s ideas prone to “shouting” and “inciting xenophobia.”

The most partisanbooks on the list are Post-Truth Rhetoric and Composition by Bruce McComiskey and The Trouble with Reality: A Rumination on Moral Panic in Our Time by Brooke Gladstone.

McComiskey’s book “analyzes the instances of bulls**t, fake news, feigned ethos, hyperbole, and other forms of post-truth rhetoric employed in recent political discourse,” according to the publisher, University Press of Colorado.

The author goes on to claim that Trump is a “first-rate actor in his post-truth world of made-up credibility.”

McComiskey identifies “untrustworthiness” as Trump’s “most troubling trait,” which he claims is “most attractive” to people with “prejudice.”

The book also cites an article by Dan P. McAdams, a Northwestern University psychology professor, who claims that the President’s largest voting block—white Americans—have “high scores” on measures of authoritarianism that “tend to be associated with prejudice” against a litany of minority groups, including LGBTQ+, immigrants, Muslims, and African Americans.

The Trouble with Reality: A Rumination on Moral Panic in Our Time, by Brooke Gladstone, also sharply criticizes the current administration, declaring that “Trump’s campaign rhetoric pumped out endless streams of comedy and melodrama, apocalypse and deliverance, bitterness and bullshit.

“To some, it was enthrallingly frank,” she writes. “To others, Trump’s victory did not merely subvert America’s core values, it shattered their worldview. The codes more than half the nation devised to interpret the world, the channels they carved to divert the flow of incompatible ideas, collapsed.”

Later on in the book, Gladstone offers some observations that she hopes will make readers “feel a little better,” assuring those upset by Trump’s rhetoric that “meaningful action is a time-tested treatment for moral panic.”

“Since the president actually may believe the polls are rigged, even the most exemplary protests are unlikely to move his needle,” she concedes, but notes that “protests do raise funds,” and can also serve to “transform observers into activists.”

In addition to the textbooks, the syllabus indicates that students will also be required to discuss pieces from liberal-leaning media outlets at certain points in the course.

During the very first class session, for instance, students will “listen and respond to [an] NPR piece about fake news” and read an Inside Higher Ed op-ed arguing that first-year college rhetoric courses can serve as an effective counter to a “post-truth” culture.

After a two-month interlude during which the course will focus on the historical foundations of the field of rhetoric, the subject matter returns to the contemporary “post-truth environment,” at which point students will be instructed to read a New York Times Magazine article titled “Down the Breitbart Hole,” by Wil S. Hylton.

“According to Hylton and/or to you, is Breitbart an ethical rhetor?” the day’s homework assignment asks. “How are you and Hylton defining ‘ethical rhetor,’ and in what sense does Breitbart align or not with that definition?”

Campus Reform reached out to Mack for comment on the anti-Trump slant of the required readings, but has not received a response.