While they vaguely allude to skirmishes with "counter-protesters" at various alt-right events, they do not specify that Antifa groups engaged in political violence at each of the events they mention. 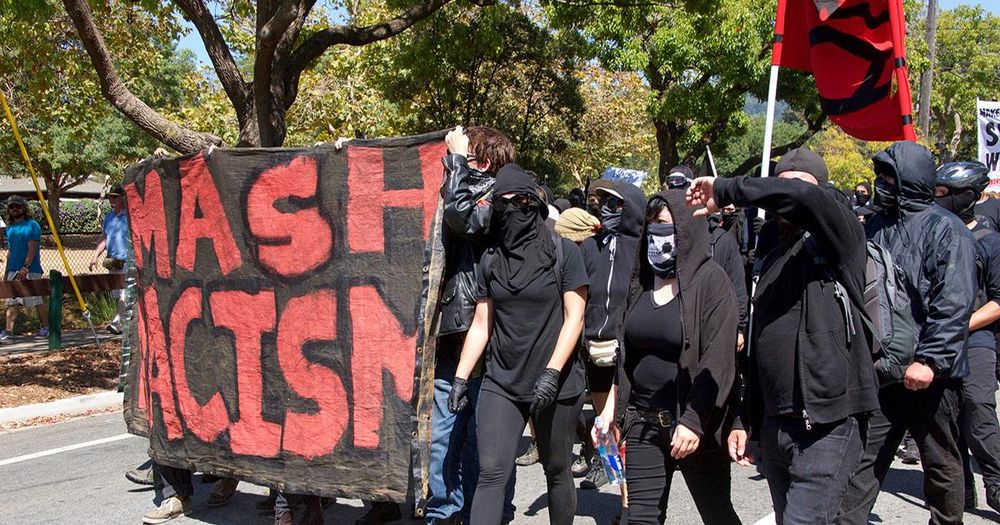 Two professors believe that political violence would best be deterred by treating groups they define as “alt-right” as “conventional street gangs.”

Dr. Matthew Valasik, a criminologist at the Department of Sociology at Louisiana State University and Dr. Shannon Reid, a criminologist at the Department of Criminal Justice and Criminology at the University of North Carolina at Charlotte, recently published an article highlighting their research about “alt-right groups” and why law enforcement should treat these groups as they do conventional street gangs in order to “deter violence.”

Valasik and Reid address a few particular groups they believe to be “alt-right,” such as the Proud Boys, a men’s group started by Vice co-founder Gavin Mcinnes based on the notion that Western culture is superior.

The scholars also reference conflict at “Unite the Right” rallies, as well as violence at the recent protest held by the Portland, Oregon-based group Patriot Prayer, which they characterize as “alt-right groups” clashing with “counter-protestors.”

According to the authors however, the definition of “Alt-Right” is not cut and dry.  “The vast majority of members of Alt-Right groups remain tied together more by what they oppose: multiculturalism, feminism, political correctness, globalism, establishment politics (i.e., the Federal Government), and immigration, rather than a rigorous and complex ideology,” they contend.

The report fails to mention the violence instigated by the “counter-protesters” or to properly name the violent groups on that side of the aisle, even though the far-left extremist group Antifa has engaged in violence at each of the events mentioned in the article.

Nonetheless, Valasik and Reid argue that treating “racist” groups like the Proud Boys and Patriot Prayer as “conventional street gangs” would “deter violence” at events like this.

“Law enforcement should consider alternative approaches to curb the violence that accompanies them,” they write. “As criminologists who study street and prison gangs, we argue that Alt-Right groups are no different than conventional street gangs, and should be treated as such.”

According to the scholars, doing this would “expand law enforcement’s toolbox to more effective tactics,” such as creating a database to “identify, collect, and share intelligence about Alt-Right members who are routinely engaging in violence,” much like police do with gang databases today.

The researchers argue that the next step would be to keep these individuals from convening, explaining that “It would then be feasible to use civil gang injunctions to limit the association and congregation of these individuals.”

The article goes into great detail explaining the ways in which these groups are similar to traditional street gangs, comparing the Proud Boys’ characteristic wearing of Fred Perry polo shirts to gang members wearing a particular color or insignia. They also reference the public presence of the “Alt-Right” groups, specifically at demonstrations and college campuses.

There is no mention of Antifa members dressing in ski masks and other black bloc style attire, nor of the public presence of groups like Antifa at these same events, save for vague references to “counter-protestors.”

Campus Reform reached out to the authors of the study for comment, but has not yet received a response.