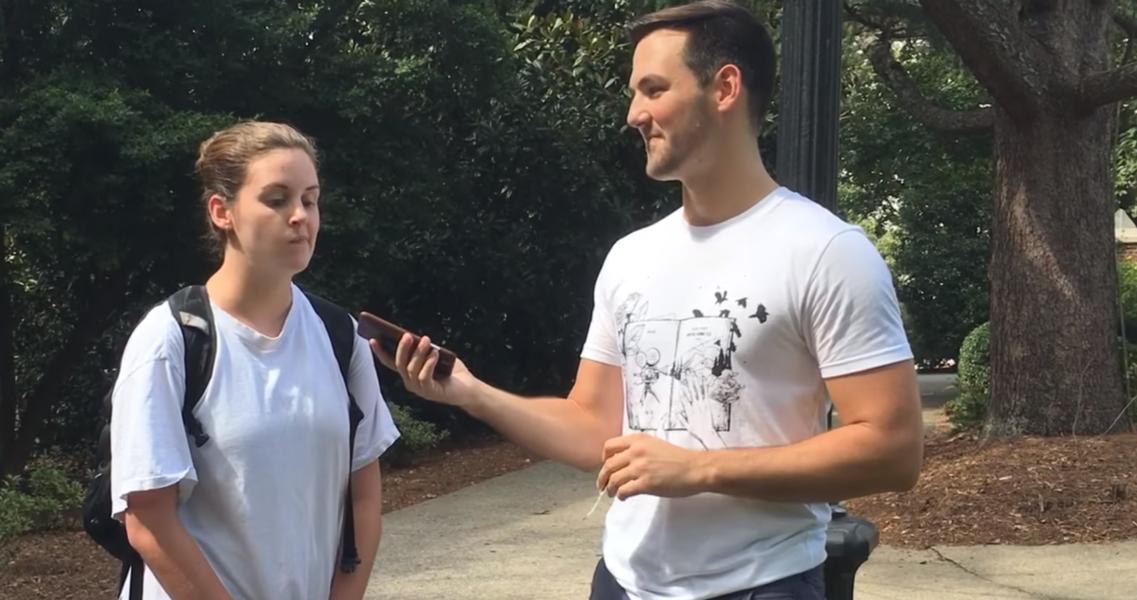 In the past year, dozens of speakers on college campuses around the country have been shut down as a result of violence, protests, and intimidation.

While these events took place on a variety of campuses for a plethora of reasons, nearly every event had one thing in common: It was liberal students and protesters shutting down conservative speakers. While some might think of the suppression of free speech on college campuses as being a problem coming from both sides, the facts show otherwise.

“I honestly would believe that that hasn’t happened before."

[RELATED: VIDEO: Students hate Trump’s SCOTUS pick… before he made it]

While Campus Reform couldn’t find any instance in the past year where conservatives shut down a liberal speaker, maybe college students themselves could. Hoping a $100 bill might help jog their memory, Campus Reform's Cabot Phillips headed to the University of Georgia campus to ask a simple question: can you name a time conservative students shut down a liberal speaker on any campus?

It quickly became clear that nobody would be pocketing an extra $100.

“No, I don’t think I can name any. I wish I could, but no…” one student admitted.

Another conceded, “I honestly would believe that that hasn’t happened before.”

All day, student after student failed to produce a single instance.

What did students say when Campus Reform asked why the problem is so one-sided? Watch the full video to find out!