A Colorado college celebrated "Indigenous People’s Day" instead of Columbus Day at an event on Monday, inviting a speaker who argued that the colonization of America was illegal.

Fort Lewis College (FLC) invited Ken Walker, an FLC alumnus, to give a presentation titled “Culling the Soil: Decolonizing the Colonizer Through Transmedia Storytelling” at an FLC event called “The Real History of the Americas.” Walker discussed the evils of colonization in America, arguing that the explorers who found and settled America did so wrongly.

“The hegemony of colonization [in America] is illegitimate, illogical, and flat-out illegal,” Walker claims in a video taken exclusively by Campus Reform.

“The current environmental soil in the United States is still embedded with the dysconscious perspectives of settler colonialism,” the event description states. “By culling the soil, removing the mind-sets of colonial dominion, a fresh environment can evolve that will support the continued renewal of Native communities and lives.”

To combat this sense of authority over Native Americans, Walker states that we can use various educational tools to “communicate America’s violent history of colonization and present-day correlations.” The FLC alumnus argues that by showing the truth about the illegal colonization of America through social media, people can take the power away from those who colonized America, a process Walker calls “decolonizing the colonizer.”

Walker suggests that the narrative of colonization is especially noticeable in the educational system. He argues that this aspect is extremely damaging to the lives of Native Americans and their communities.

“We believe history testifies to our values and bears out our national consciousness,” he says in a video, which was used as part of his presentation. “But what if history as we know it is not the whole story, or even the true story?”

In addition to suggesting that the colonization of America was illegal, Walker argues that the history currently being taught in schools about Christopher Columbus is completely false. Instead of the man that is celebrated today, Walker says that Columbus was a sex trafficker, enslaver, and author of genocide.

“Written historical records confirm [that] Columbus Day recalls the initial slaughter of over 70,000 native Taino on the Caribbean Island of Hispaniola. Vicious attack dogs and grotesque tortures were used. Sex slavery and rape were common,” he states in the video. “Research reports the annihilation of 8 million Taino within 21 years, from the carnage, disease, and disruption.”

“Our Independence Day reveres the birth of a nation, but one built upon the genocide of indigenous peoples," he says.

Walker concludes the video by discussing how America previously dealt with Native Americans, implying that Americans can get past the guilt by showing the truth surrounding Columbus and the supposed illegal colonization of America.

“We project a facade of freedom, truth, and opportunity,” Walker says in the video. “But who have we actually become as a nation? By denying the past, our buried guilt manifests in hate, depression, and decay and guilt does not heal while hidden.” 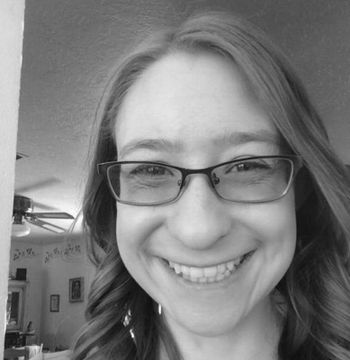