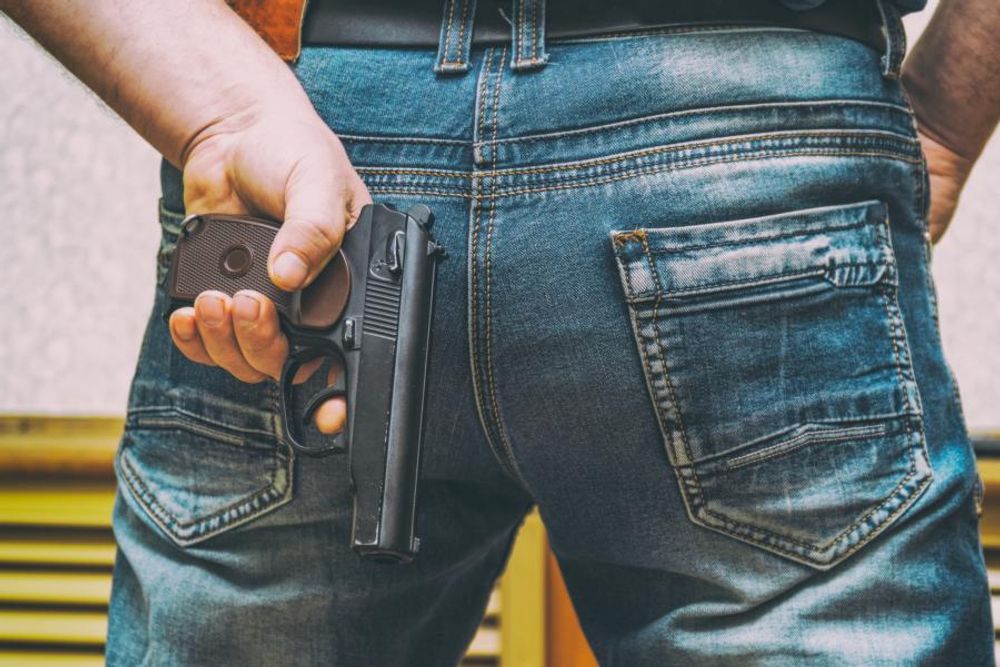 Conservative radio host Lars Larson compared campus gun culture to National Lampoon in an exclusive interview with Campus Reform after Portland State University told him he could not carry on campus.

The school’s College Republicans chapter invited a local pro-Second Amendment radio host, Lars Larson, to live stream his show at their Second Amendment Celebration event planned for Monday. Portland State, however, has a policy prohibiting anyone from bringing firearms on campus, and as a result, the school ruled that the invitation would be rescinded if Larson chose to conceal carry a firearm.

“We are requiring you to affirmatively state that you will not intend to and will not carry a firearm on PSU’s campus, either openly or concealed, during the event hosted by the Portland State College Republicans on October 22, 2018,” PSU General Counsel Cynthia J. Starke said in a letter to Larson.

“If your group invites a guest to campus, and you know your guest inten[d]s to violate any PSU policy, your group would go through SALP community standards, and in addition, your individual group leaders who assisted with the event planning may go through the conduct process with the Dean of Student Life Office,” PSU College Republicans advisor Virginia Luka said in an email exchange with the group’s student leadership.

The College Republicans told Campus Reform that its members saw this as a threat of academic sanctions, group defunding, and pulling recognition from the group entirely if Larson were to show up to the event armed.

“It’s like National Lampoon,” Larson told Campus Reform. “‘Buy this magazine or we’ll shoot this dog.’ Come to campus, and we will, metaphorically, shoot these students.”

“What the university says is, in effect, you have the right to carry, and if you do, we’ll kick you out,” the radio host said. “It would be like saying ‘Yeah! You have a right to practice whatever religion you want, but you Muslims? Leave your niqabs at home. Don’t cover your face.’”

“I just think the University was being jerks," Larson added.

The group ultimately did not hold the event. By Larson’s account, the school disinvited him, but by the school's account, as Kenny Ma, PSU’s Director of Media & Public Relations, told Campus Reform, the group canceled the event themselves.

“The people shall have the right to bear arms for the defence [sic] of themselves, and the State, but the Military shall be kept in strict subordination to the civil power,” The State Right to Bear Arms in Oregon states.

Larson went on to cite the Oregon state court of appeals ruling made in 1995.

“Except as expressly authorized by state statute, the authority to regulate in any matter whatsoever the sale, acquisition, transfer, ownership, possession, storage, transportation or use of firearms or any element relating to firearms and components thereof, including ammunition, is vested solely in the Legislative Assembly,” the statute says.

Larson referenced an incident pertaining to gun rights in Oregon.

Western Oregon University suspended a student in 2011 for carrying a gun on campus. The case progressed to higher courts, which eventually ruled that licensed concealed carry holders are permitted to carry on public school grounds.

“The Oregon Constitution, the wording of it, is even stronger than the 2nd Amendment to the federal Constitution,” Larson said. He emphatically claimed that what the school is doing is unconstitutional and illegal and that no public institution can infringe one’s right to bear arms.

The radio host tried inviting the group to his studio, but this was allegedly limited by a month-long waiting period necessary to register a student group field trip.

“[The school] is gonna find a way to stop [the event] through other mechanisms of threatening the students for having done it,” Larson said, referring to that development. “And I think that’s an evil thing for PSU to do.”

When asked why he wouldn’t just leave his firearm at home to avoid trouble, he asserted that doing so would set a precedent.

“It would be the height of hypocrisy, for me to say ‘I’m going to go talk to these kids about the importance of their Second Amendment rights,’ while voluntarily forfeiting mine,” the radio host told Campus Reform.He compared it to “coming up [to campus] to talk about Christianity but [the school says] take your cross off and don’t you dare bring the book.”

Larson stressed that he would hate to see a student’s education ruined over him coming to an event, explaining why he would not break PSU’s rules by concealed carrying at a College Republicans event.

He filled Campus Reform in on his plan of action moving forward, as well.

“Later this week, my producer and I will walk up, sit down in the student union, and I’m gonna do five or ten minutes on a Facebook live-stream, explaining the entire background,” Larson said. “I cannot speak to the students unless I give up my civil rights, I cannot do the broadcast that I wanted to do, and the students have been threatened.”

Larson told Campus Reform that he plans to conceal carry his firearm when he live-streams from the school.